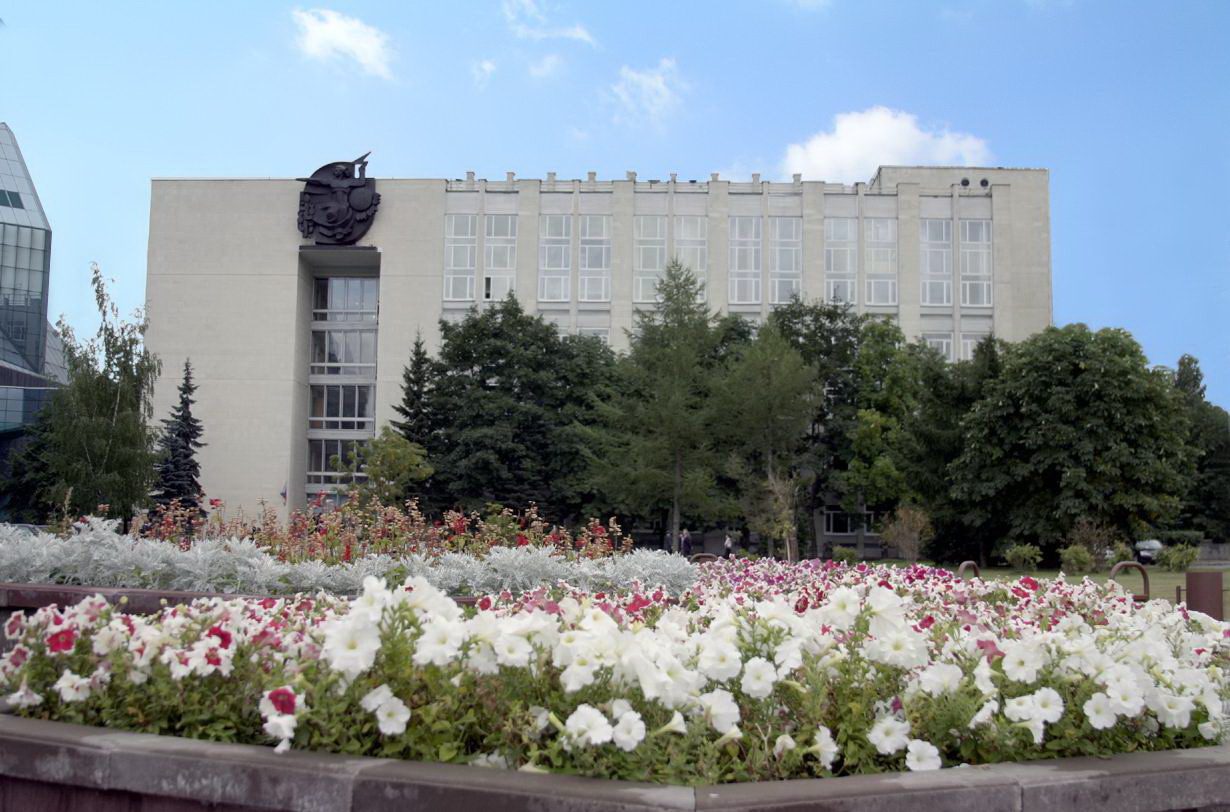 The Russian Presidential Academy of National Economy and Public Administration (RANEPA) was founded by Presidential Decree on September 20, 2010. This foundation involved the merger of two previously existing academies: The Academy of National Economy (ANE), which was established in 1977, and the Russian Academy of Public Administration (RAPA), established in 1991. The merger also brought together 12 other state educational institutions.

Each of the merged academies had already earned reputations as leaders in training Russia's political elite. From the moment of its creation in 1977, ANE prided itself as a breeding ground for future ministers. With the fall of the Soviet Union, ANE changed its strategic model from training members of the ‘Nomenclatura’ to providing high-quality business education for a new generation of leaders by becoming an institute of higher education that offers a wide array of academic opportunities in management. Likewise, RAPA has traditionally been a national leader in providing public management training for current and future state and municipal civil servants.

2019 – 10th Gaidar Forum: important discussion of the present and future of Russia and the world

2018 – RANEPA SRIM student won the competition “My Project for My Country!”

2018 – RANEPA honored with Order of Friendship of Vietnam

2017: Russian-European international legal research center is created in the Academy.

2017: The Academy develops a professional standard for the field of national and religious relations.

2017: RANEPA will confer post graduate degrees according to the Government of the Russian Federation.

2017: RANEPA Business schools are the leaders of the Popular Rating of the Russian MBA Schools.

2017: Vladimir Mau becomes the President of the Russian-French University.

2017: Two RANEPA Business schools enter the Ranking of the World's Top Business Schools according to Eduniversal.

2016: Program for heads of the State corporation of air traffic management is opened.

2016: The Presidential Academy becomes one of the Russian-French University founders.

2016: The Lyceum of the Presidential Academy is opened.

2016: RANEPA enters the TOP-10 of the National University Rating.

2016: Olga Vasilieva, Head of State and Confessional Relations chair is appointed as the new Minister of Education and Science of the Russian Federation.

2016: RANEPA and Sberbank open a unique program «Finance and Technologies».

2015: An international QS Stars higher education quality audit awarded the Academy with three stars. Today it is considered to be the highest evaluation for any Russian Higher Education Institution.

2015: According to the Ministry of Education and Science of the Russian Federation, RANEPA is on the 1st place among Moscow Higher Education Institutions according to graduate salaries.

2015: The Presidential Academy receives a diploma High Quality Preparation of Administrative Staff, following the results of the fourth Russian Higher Education Institutions Rating according to the Expert RA Rating Agency.

2015: Some RANEPA MBA programs are successfully accredited by the National Accreditation Board of Business Education.

2015: A cooperation agreement between RANEPA and the Ministry of Culture of the Russian Federation is signed.

2015: An agreement on interaction and cooperation with the Federal Migration Service of Russia (FMS) is signed.

2015: Two agreements with Gazprombank on cooperation and establishing of scholarships for RANEPA students are signed.

2015: An agreement with Federation Council is signed. The parties agreed on interaction concerning legislation and law-enforcement practice improvements. Mutual organizational, research, academic, consulting, and expert support will be provided.

2014: RANEPA’s Gaidar Forum, an international economics conference, is recognized as the business event of 2013 at the first independent Moscow Times Awards.

2014: For the first time in Russia, the Academy develops and implements the internal ranking system of MBA/EMBA and business schools programs.

2014: The Liberal Arts College, based on interdisciplinary education principles, is opened at the Academy.

2014: The Master of Global Public Policy (MGPP) program, which unites international standards from the best foreign programs in the field of public policy, is opened at the Academy. It is unique program in Russia.

2013: RANEPA is included in the Association of Leading Russian Universities.

2013: The Academy becomes a member of the Association Network of Schools of Public Policy, Affairs and Administration (NASPAA) as the first Russian higher education institution.

2012: The first Summer Educational Campus of the Presidential Academy (Territory of Opportunities) takes place in Kazan.

2012: The Academy and the World Bank become strategic partners.

2012: The Academy serves as a co-organizer for a meeting of Think Tank-20, a group of international research centers, as part of Russia's presidency of the G20.

2011: The Academy becomes a co-organizer for updating Russia's Strategy for Social and Economic Development by 2020.

2010: The international conference Russia and the World is renamed the Gaidar Forum. The E.T. Gaidar Institute for Economic Policy and Egor Gaidar Foundation become partners of the Academy in holding the first Gaidar Forum.

2010: The Academy creates the Russian Center for APEC Studies to organize research and formulate practical recommendations on issues dealing with Russia's participation in APEC and its representation at the APEC forum in 2012.

2010: For the first time, for students from Russia, neighboring countries, and beyond the Academy become the first participants in the International English-Speaking Master’s degree program.

1977: Growing out of the Institute of National Economy Administration, which was founded in 1971, a new educational institution, the Academy of National Economy under the USSR Council of Ministers, starts its work. The Academy aims to improve preparing managerial personnel for work in ministries, departments, and other governing bodies in the national economy.

1988: The first commercial department, the Higher School of the International Business, is created in the Academy; it is the first business school in the USSR.

1989: The Academy is headed by Abel Gezevich Aganbegyan, a member of the Russian Academy of Sciences of the USSR, one of the leaders of a reformatory movement in domestic economic science.

1990: The Institute of Economic Policy, headed by Egor Gaidar, is organized as part of the Academy.

1992: The Academy of National Economy takes the lead in developing Russian MBA standards.

1995: The Academy of National Economy is given a new status as the leading training, methodical, and scientific center for civil servants’ retraining and professional development at the federal and regional level. Professors from the USA, Great Britain, Germany, France, the Netherlands, and other countries start teaching at the Academy. Other than obtaining a Russian state degree, students have the opportunity to receive a diploma from a foreign university.

1996: Higher professional education programs are opened in the Academy.

1999: The states begins an experiment to introduce the MBA in Russia, initiated by the Academy. From now on, according to the Order of the Ministry of Education of the Russian Federation No. 1008 from November, 29, 1999, the Master of Business Administration program (MBA) comes into existence.

2001: Russia's first DBA program (Doctor of Business Administration) is founded; this economic postgraduate education program lasting from 1 to 5 years is intended for those who wish to gain additional knowledge of applied economic disciplines. This qualification grants the right to hold senior administrative positions.

2004: The Agency for International Development is organized as part of Academy. Its main objective is to work with students and postgraduates from the USA and Europe coming for short-term programs. The Academy hosts students from Stanford, Harvard, Princeton, and other American universities.

2005: The Academy initiates the System of Personnel Training and Support of Local Governments. The purpose of this System is to ensure continuous training and professional development for local government bodies.

On August 2, 1946, the Academy of Social Sciences under the Central Committee of the All-Union Communist Party of the Bolsheviks is founded. It is the highest political institution, training workers for work at central and regional political positions, as teachers of higher education institutions and scientists.

1971: The Academic Council accepts the Academy Development Program. The Academy's structure is changed considerably, the number of scientific disciplines extends, new departments are created. A sociological research provision in various regions of the country becomes a new direction in the Academy’s scientific work.

1978: Three higher educational institutions are merged to create the Academy of Social Sciences under the Central Committee of the Communist Party of the Soviet Union; the three original institutions were the Academies of Social Sciences, the Higher Party School, and the Correspondence Higher Party School. Advanced training for senior executives with different specializations begins its existence in the new Academy.

1978: Construction begins on the academic campus on Vernadsky Avenue in Moscow.

1983–1985: The first Academy campus buildings are put into operation.

On November 5, 1991, by the order of Russian President Boris Yeltsin, the Academy of Social Sciences is transformed into the Russian Academy of Management. The main objectives of the Academy become: postgraduate preparation; retraining and professional development for senior executives; developing new public administration technologies; carrying out scientific examinations of state programs and projects; studying and forecasting senior executives’ needs; and providing analytical and information support to state governing bodies.

1994: The Russian Academy of Management is endowed with the authority to control the regional personnel centers responsible for public service training that were under the Russian government’s human resources department.

1994: The Russian Academy of Management is transformed into the Russian Academy of Public Administration under the President of the Russian Federation (RAPA). The main objectives of the new educational institution become: training, preparing, retraining, and ensuring professional development for civil servants; proposal development on state personnel policy; and drafting recommendations about public service reformations and its legal support.