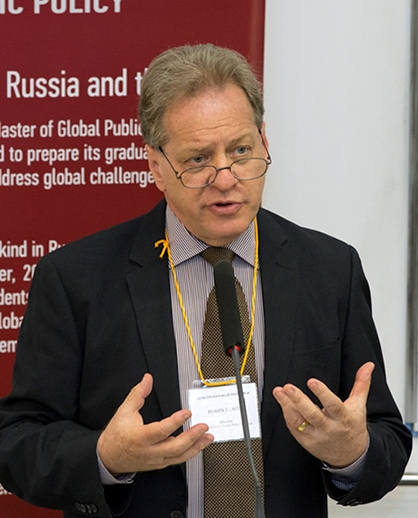 He is Professor and Director of the Master of Global Public Policy (MGPP) program at the Russian Presidential Academy of National Economy and Public Administration (RANEPA) in Moscow, created in partnership with the World Bank and McKinsey & Co.

Prof. Lewis was Associate Dean of the Columbia University School of International and Public Affairs (SIPA) in New York (1985-2007) and was also was the first Executive Director of the Global Public Policy Network (GPPN), an innovative partnership between SIPA and top universities in London, Paris, Singapore, Tokyo, Sao Paulo, and Berlin.

He has advised governments, universities, foundations, and international organizations on higher education and policy training in more than twenty countries, including China, Vietnam, Germany, and Algeria. He has worked on projects with a range of organizations, including the Ford Foundation, the Open Society Institute, the World Bank, the American Councils of International Education, and the Government of China’s National Development and Reform Commission (NDRC).

He holds M.A. and Ph.D. degrees from Columbia University and is the author of one book, E.M. Forster’s Passages to India, and numerous articles.  He was the Executive Editor of the Encyclopedia of Asian History [4 volumes] (New York: Macmillan, 1987), a publication funded by the Asia Society that brought together contributions from over 300 scholars worldwide. 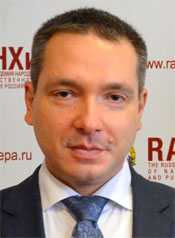 He is Deputy Director of the School of Public Policy and Management at the Institute for Social Sciences and has over 25 years of research and consulting experience in both the public and private sectors. He has been supervising implementation of complex educational programs, including international partnerships and joint research by leading universities from Russia, U.S., China, and Eastern Europe. He supervises public policy programs at RANEPA and teaches courses on international business environment, decision-making, organizational change management, and business research methodology. He holds an MBA with distinction from Kingston University London and MA in Economics from the New Economic School.