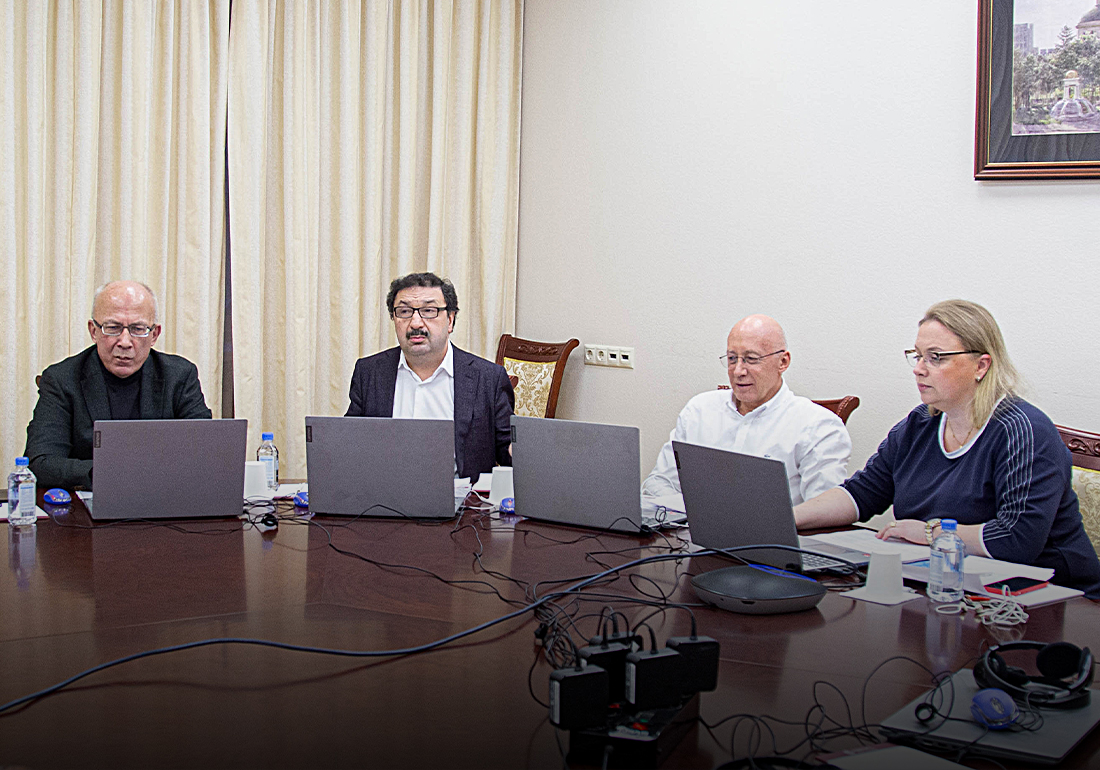 The 10th Council of Rectors/General Directors/Presidents of the Russian-French University (RFU) has met online to review the consortium’s performance in 2021 and discuss plans for further cooperation.

The RFU is turning six this year. As of today, the network university includes 11 leading schools from Russia and France and offers 25 double-degree bachelor's and master's programs, 2 MBA programs and 19 exchange programs. As many as 632 Russian and French students are enrolled in joint programs at RFU.

Vladimir Mau noted that RFU continued to implement joint projects despite the difficult coronavirus situation in 2021, and students continued to study, emphasizing that the achievement was largely due to the personal contribution of UCA’s Emmanuel Tric. After that, the RANEPA Rector proposed electing RUDN President Vladimir Filippov as the new RFU President this year; the proposal was unanimously approved.

Director of the RANEPA Center for Russian-French Cooperation Yelena Svinarenko delivered a report on RFU’s performance in 2021. In her report, she noted an increase in the number of students enrolled in joint programs, as well as their heightened activity at joint events held by the consortium. She also highlighted the launch of the RFU virtual campus project, which included webinars, lectures and a quiz for Russian and French students. All the activities have elicited positive feedback from the participants and will continue in 2022.

RFU’s activity has also been supported in the final document of the 26th edition of the Franco-Russian Economic, Financial, Industrial and Trade Council (CEFIC), signed by French Minister of the Economy and Finance Bruno Le Maire and Russian Minister of Economic Development Maxim Reshetnikov. The parties agreed to further deepen cooperation in higher education. The document also noted the Russian-French University’s achievement in improving personnel training and research, establishing academic ties between the two countries, and developing online learning over the five years since its inception.

The participants at the 10th RFU council meeting have discussed further plans for interuniversity cooperation between RFU members. One of the plans is to hold the First RFU Youth Forum for students, themed Environment, Climate and Global Change, offline in Moscow from April 4 to 8 this year. Preparations for the event began last year, when 60 French and 50 Russian students attended three online introductory lectures at the Presidential Academy, then split into five mixed

groups led by academic supervisors from Russian universities participating in the RFU and began working on their projects. Each group of students is developing a project related to one of the UN Sustainable Development Goal (SDG) they will present at the First RFU Youth Forum in Moscow. The organizers plan to make this academic conference an annual event.

The heads of universities and business schools have also discussed joint plans for the spring semester, the expansion of RFU’s three interdisciplinary groups, as well as the possibilities of intensifying work on new bilateral and multilateral educational programs. One of the initiatives beginning next semester is a University Cote d'Azur project, Language Binomials, which will involve 10 pairs of Russian and French students who will work on assignments in Russian and French. Vladimir Filippov, elected President of the RFU, has announced the development of a strategy for the RFU virtual campus, a project with an enormous potential.