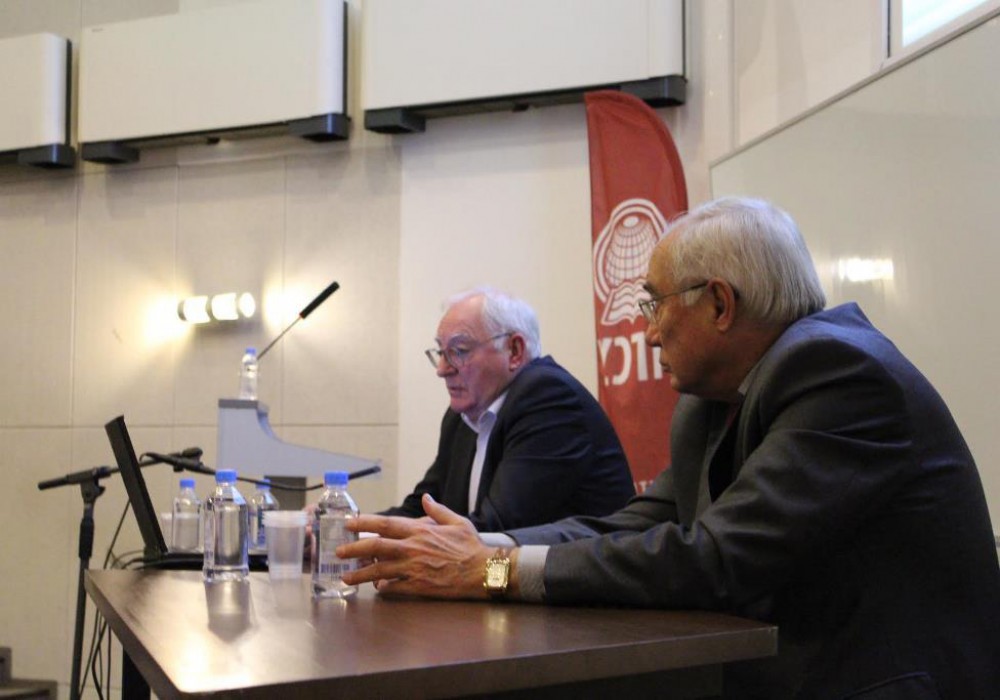 Peter Dutkevich presented the analytics of Valdai Discussion Club, which celebrated its 15th anniversary this October. Among its members are representatives of the world’s largest universities, politicians and public figures.

The speaker began the lecture with an assessment of global trends, telling that the new world is facing the reallocation of military and economic power, and it is already impossible to imagine politics without China and India, whose positions are constantly reinforced. The new reality uses the concepts of “trade wars” and “sanctions”. On the one hand, this can be considered positive, since attempts to put pressure are implemented through economic instruments, but, on the other hand, there occurs a dangerous habit to live in a state of strategic frivolity. This term is used by experts to describe a situation in politics, when everyone has got used to the idea that the only alternative to peace is nuclear war.

Dutkevich noted that modern civilization has reached the stage of global instability and double standards have become the new norm of international relations. In terms of stability and security, today’s situation is extremely fragile. Former hegemon, the United States, is losing ground, and so far it is unclear what will be the new world order. But for Russia, being in isolation fenced by barriers of sanctions, new possibilities for designing its course are opened.

“The economic growth centers are changing, they tend to move to countries, which previously didn’t play a significant role in world affairs,” said Peter Dutkevich said, adding that China’s economy is already in second place in the world in terms of global GDP, which would have been unimaginable even recently.

Even in the absence of economic influence, Russia has enough political and military power, ambition, freedom from external standards of rationality, which can help it become an author or co-author of an alternative system. Speaking about the forthcoming meeting between the Presidents of Russia and the United States, Dutkevich expressed hope for a rapprochement between the two countries, noting that at present the only link left is at the level of Presidents and top generals.

After the lecture, the expert told about the fields of expert activities, which are planned to be paid a particular attention during the upcoming meetings of Valdai Discussion Club. He noted that the main topics that will dominate the upcoming conferences and seminars will be the relations with the countries of Southeast Asia and the Middle East, and China, as they gradually become new centers, affecting the whole world.

Speaking about the prospects for future generations, Peter Dutkevich also noted that the current situation in the world requires people, who want succeed, to be able to learn quickly.