HomeNewsNews About theater art in the Year of the Theater

About theater art in the Year of the Theater 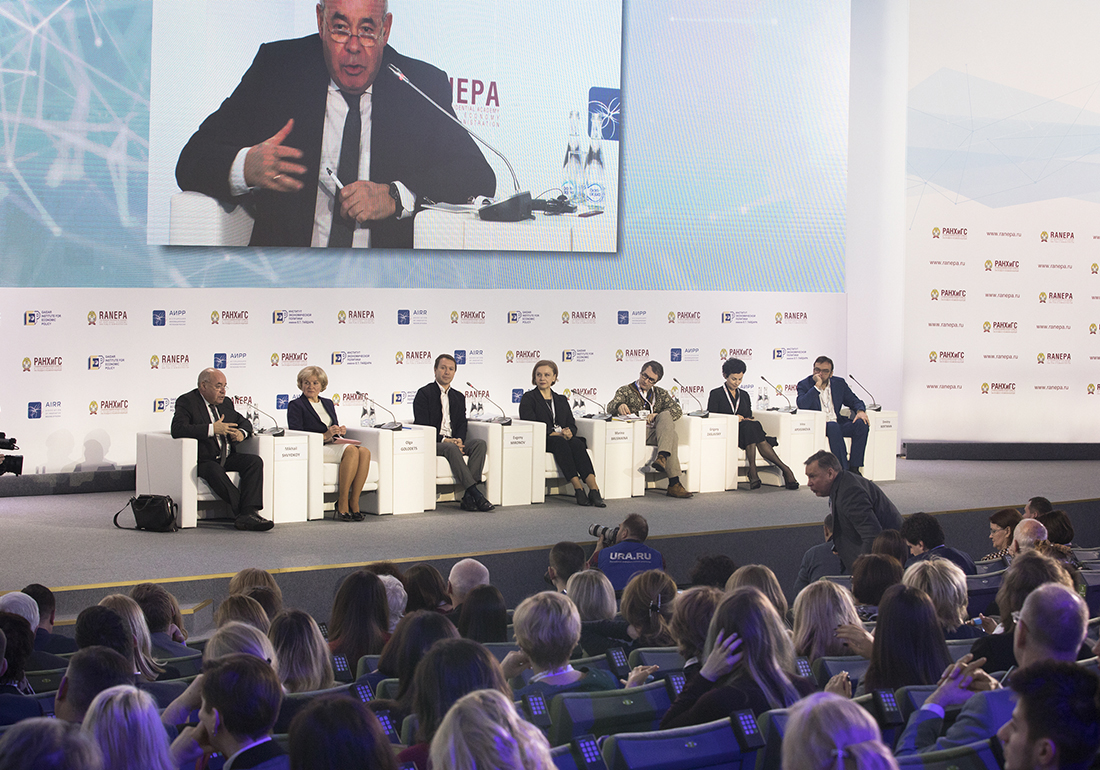 As part of the Gaidar Forum, a discussion on the “Theater of the Future” was held. The discussion was attended by Deputy Prime Minister of the Russian Federation Olga Golodets, Special Representative of the President of the Russian Federation for International Cultural Cooperation Mikhail Shvydkoy, and artistic directors of a number of famous Moscow theaters. The panel was moderated by Mikhail Shvydkoy.

Olga Golodets in her speech described the tendency to include discussions on humanitarian topics in the program of the Gaidar Forum as positive. “Russia cannot yet call itself a leader in the economy, but in art we definitely occupy a worthy place. We see a huge demand for our works of art from the international environment,” the speaker noted. For this reason, by the decree of the President of the Russian Federation, 2019 was declared the Year of Theater in Russia. “It is important for us that the general public, including our population, become acquainted with our art. Over the past year, an unprecedented number of people visited theaters in Russia, about 40 million – we never saw this even in Soviet times. We feel an acute need of the population for art and we will develop in this direction. The coming year should make a significant contribution to the development of our culture,” added Olga Golodets.

Yevgeny Mironov, artistic director of the State Theater of Nations, recalled that the theater in Russia has always been something more than just a form of entertainment. Chasing the number of views, sacrificing quality is impractical. “When we talk about the theater of the future, and this is the topic of our meeting, we mean setting new tasks for the theater,” said Yevgeny Mironov. The speaker spoke about the new forms of performances that his theater started creating; they include a play for the deaf-blind, the so-called tactile performance, and immersive performances, where viewers become direct participants in the action. Such performances are needed so that the viewer can feel more deeply the existing social problems.

Marina Brusnikina, art director of the Praktika Theater, started by saying that the theater should not only keep up with the needs of the audience, but also shape them. "The drama theater needs state financial support, it is also worth to involve the young playwrights in writing of the productions," the speaker summed up.

Grigory Zaslavsky, Rector of Russian Institute of Theatre Arts (GITIS), noticed an interesting fact: “In Russia, theater leaders are often people who are about 85 years old. If the trend continues, our graduates of this year will occupy leading positions only by 2063. Probably, not one area is preparing that far “for the future”!

“Art cannot be assessed by the number of tickets sold,” said Irina Apeksimova, director of the Moscow Taganka Theater. The speaker also clarified the situation with the structure of the audience visiting theaters: “Basically, this is generation X, the ones, whom parents first brought to the theater in childhood. Generation Y is a lost generation as spectators. And for generation Z, theater is an incomprehensible thing in principle; for them, there are no guidelines or authorities. Often, if parents fail to take their children to the theater before they are 6 years old, then such children practically will not become regular visitors.” The Taganka Theater regularly holds open festivals so that people can "try the theater" and then consciously purchase a ticket for the production.

Dmitry Bertman, artistic director of the Moscow musical theater "Helikon-Opera", highlighted a unique feature of opera and ballet: viewers from all over the world cry over these performances, the language of music is understandable to everyone! According to Dmitry Bertman, the theater of the future is a musical theater. In addition, music education comprehensively develops personality. In conclusion, the speaker noted the sad trend of reducing the number of music schools and invited government agencies to pay attention to this issue.