HomeNewsNews Alexander Bocharov from Moldova: RANEPA is my life

Alexander Bocharov from Moldova: RANEPA is my life 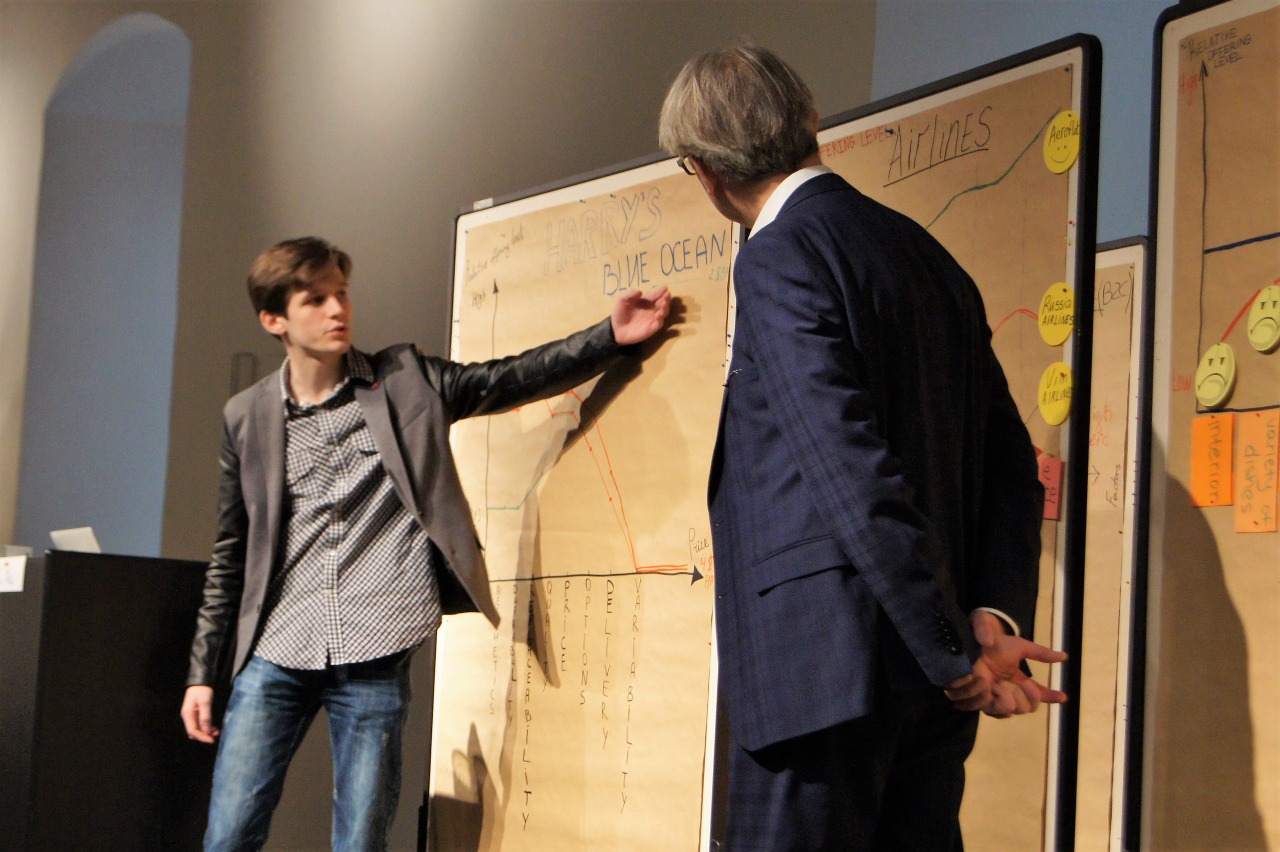 Five years ago, Alexander Bocharov, an excellent student at a high school in Chisinau and environmental activist, started considering various universities. He was interested in studying management and English. He could travel to Bucharest, Budapest, or Prague, as those cities weren’t far from his home in Chisinau, but Alexander chose Moscow and RANEPA instead. The student shared his impressions with the Academy’s website.

Even though Moscow seemed to him like a huge and tense city at first, Alexander Bocharov has never once regretted his decision. The student is now completing his English-language Bachelor's program, Global Governance and Leadership, at the School of Public Policy and Management, Institute for Social Sciences, RANEPA. Next fall, he is going to continue this track by joining the Master of Science in Global Leadership course.

“The Academy is not just a place where they teach you various subjects – although they do, at the highest level,” says Alexander, “it is a place where they teach you to think. Studying has changed me – I learned to think differently. Previously, I always had an instant assessment for various events and things. Now – if we take management, for example – I know I absolutely have to collect information first, compare data, think about how to minimize risks, etc. I never could have imagined that there are so many nuances and so much creativity in management.”

Of course, this change did not happen overnight. ISS RANEPA offered the student a systematic approach to teaching, a variety of subjects, as well as exposure to global achievements in management.

The student specifically noted the Management lectures by Deputy Director of the School of Public Policy and Management Alexey Verbetsky, Economics with Professor Ilya Neishtadt, History with Professor Giovanni Savino, History of International Relations with Professor Maria Amoroso and others. “Before studying Economics, I thought I was good with figures. But Ilya Neishtadt showed me how wrong I was; he taught me a completely different attitude to the subject and made me always get to the heart of the problem. I had lectures on history and international relations by Giovanni Savino and Maria Amoroso in my first year, but even now, I can retell the content of those lectures to you,” Alexander says.

Alexander has always been independent and motivated, and showed strong leadership qualities. He became interested in energy-saving resources while still at school, and he actively participated in an NGO that implemented awareness projects in this area. Alexander delivered lectures and presentations in various schools and youth summer camps, and organized people to clean up and collect garbage in the city and the suburbs. His personal qualities proved useful, and Alexander further developed and perfected them during his time at RANEPA. Alexander learned to organize his life to have time to study, work and participate in community projects.

“Our lecturers explain things so clearly and intelligibly that all you have to do is listen carefully, pay attention and think,” Bocharov says. “Finding work is also easy for Russian-speaking students in Moscow. Last year, they further simplified the procedure for applying for a job, so one just needs to be snappy. I work here, at the Academy, in the Information Systems Development Department. The Academy offers a million opportunities for creative work, just go ahead and try.”

One of Alexander's creative projects is the Milestones Students Club – an English-language discussion platform that invites speakers who are creators of technology startups, hackathon winners and other young people who have already achieved obvious successes. One of the speakers was Paul Revay, a member of the Board of Trustees of Friends of Europe, a “think and do tank” in Brussels. Paul Revay participated in the mini-model of the UN with the students at RANEPA. The audience at the Milestones Students Club appreciated the opportunity to practice business English and interview people who know firsthand how to run a successful business.

During his studies, Alexander Bocharov took part in several foreign and Russian internships and conferences. His internship in Germany was aimed at exploring the operation of large companies in Lower Saxony and included visits to the Volkswagen plant and the pipe manufacturing plant. He discussed intercultural communication and public initiatives at an international forum in Pakistan. Alexander defended his project, which was shortlisted, in front of government and business representatives at the Vostok (East) All-Russian Youth Forum in Vladivostok. Although the project was not supported by the forum, the experience was positive and valuable anyway.

“I highly appreciate the knowledge and experience that I have already acquired here,” Alexander says. “I can see great potential for myself in the future after graduating from the academy. RANEPA is my life.”