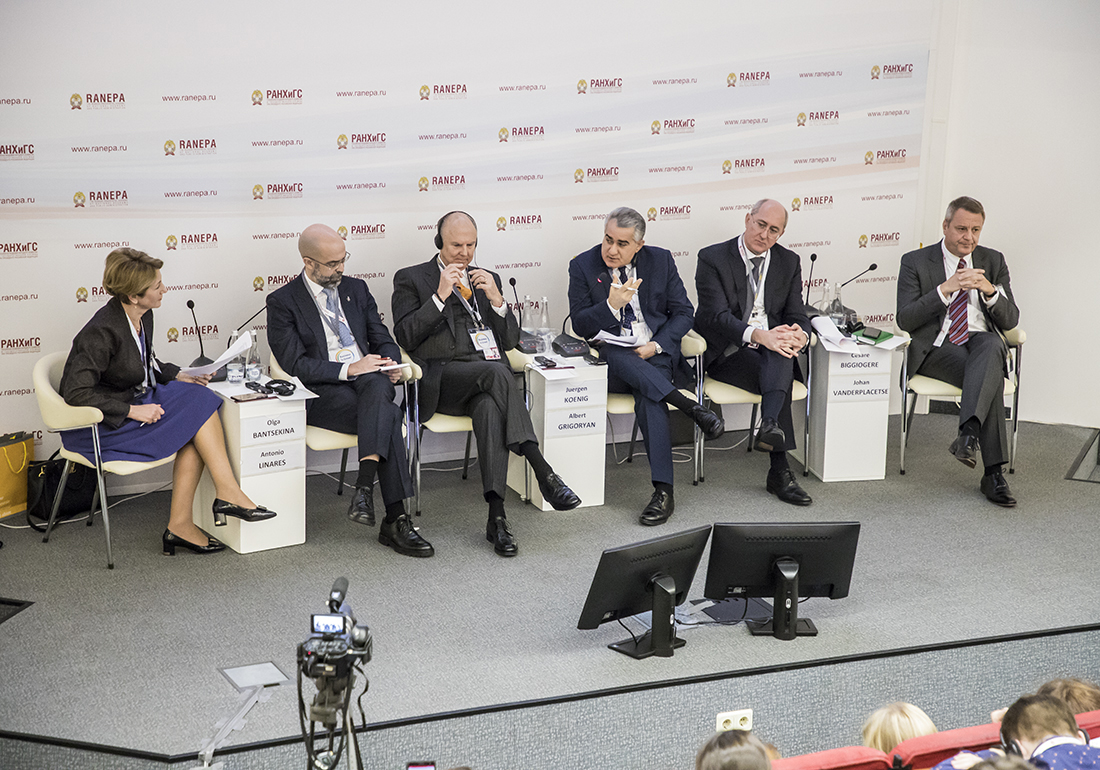 Within the framework of the second day of the anniversary X Gaidar Forum, an expert discussion “An International Company in Russia: Manager’s View” was held. During the discussion, the experts touched upon the development strategies of Russian companies, attracting investments in the economy and other sectors: investors' expectations and surprises for them.

At the beginning of the discussion, each speaker was invited to tell about himself and his company, and also to describe the current situation in business. Johan Vanderplaetse singled out the external and internal difficulties that the Russian economy is facing: sanctions that affect all sectors of production, insufficient support for small and medium businesses, a strong dependence on large state-owned companies. Antonio Linares noted that the unemployment rate is much more advantageous compared to other countries.

Johan Vanderplaetse emphasized that the state needs to invest money in education, in the training of qualified personnel, which will correspond to the  current changes. Juergen Koenig highlighted the importance of associations and chambers of commerce for the functioning of national economies.

The speakers noted that in 2018 Russia took the 31st place in the Doing Business rating, which is 4 positions higher compared to the previous year.

The participants in the discussion agreed that there is a large production potential in Russia. It is necessary to invest in the development of all regions, and not only in large cities. It is also important to focus on the highest segment of the product line, needing improved technology.

In continuation of the discussion, Antonio Linares expressed the opinion of weak support for small and medium-sized businesses and raised the problem of low mobility of people between different regions. As the reasons, the speaker called the following phenomena: the privatization of housing and the low level of motivation.

During the discussion, Albert Grigoryan emphasized that in the period of globalization and digitalization of all spheres of life, it is important not to forget to work with social and communication skills.

Juergen Koenig paid attention to the health problem that exists in all countries. The task of the state is to do everything so that a person has access to medical care. “For successful development it is necessary to have a dialogue between different ministries that will work to resolve this problem,” he added.

At the end of the discussion, the speakers agreed that Russia needs to reconsider and refine its image on the world stage. The discussion ended with an open dialogue.