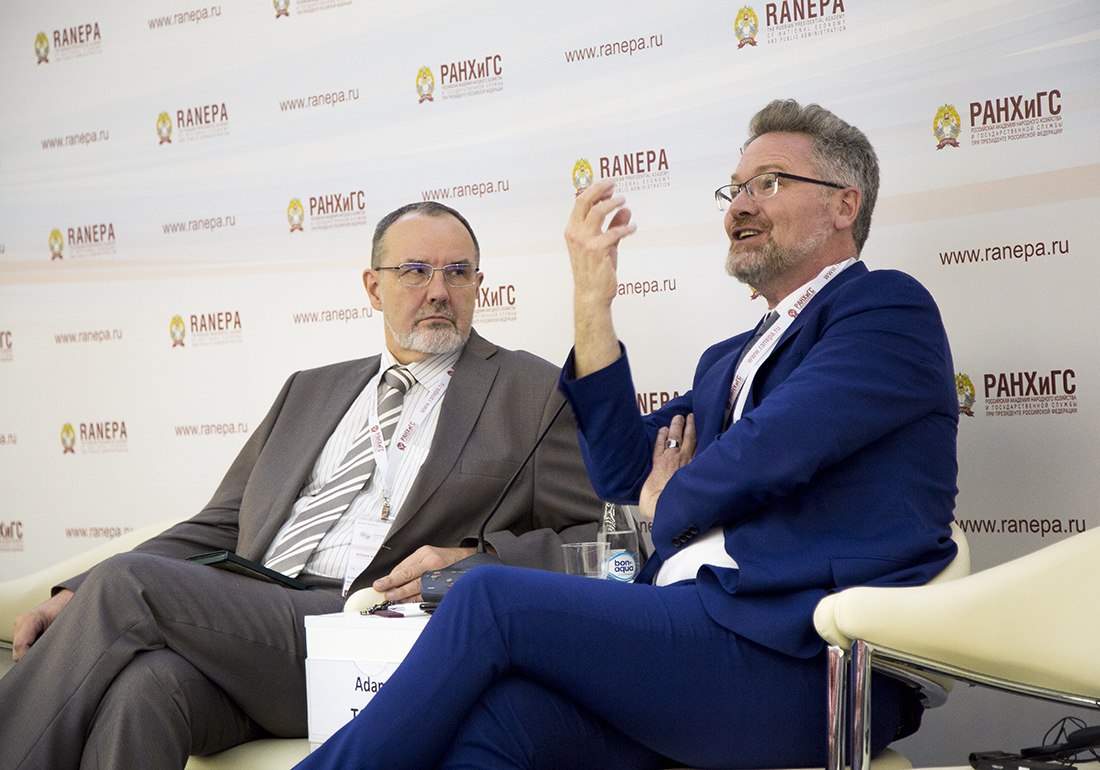 On January 16, guests of the Gaidar Forum  familiarized themselves with papers by Vito Tanzi, economist, Director of IMF Fiscal Affairs Department (1981-2000), and Adam Tooze, Professor of History, Columbia University, Specialist in Economic History of Germany. The authors told about their researches, whereupon participants could ask their questions.

At the beginning of his presentation, Vito Tanzi noted that he was delighted to attend the Gaidar Forum, as he personally knew Egor Gaidar who, according to Vito Tanzi, was a very interesting man. When working in the International Monetary Fund, Tanzi set the objective to define the role of the state so that the economy performed well. Author’s papers are devoted to the problem of state intervention in the economic activities. In his book Government versus Markets: The Changing Economic Role of the State, Dr. Tanzi asks: Is it possible to define the optimal role of the state in the market economy? He emphasizes the complexity of that objective: the role of the state is changing, as the market itself is changing. In Government versus Markets, the author considers the economic role of the state in the historical and geographical context.

The second book Termites of the State deals with more practical issues that are closer to the modern politics. The author considers difficulties in distribution of incomes by the state, impact of the society on the politics all over the world, from 20th century onwards until today. Dr. Tanzi says that people need governments to look after the interests of the society.

Adam Tooze, Professor of History at the Columbia University, began his presentation with his thanks to the Presidential Academy for translation and publication of his books. He noted that he was delighted to work with RANEPA. The author of many papers on political, intellectual, economic and military history of the 20th century, revealed the major theses of his papers. The subject matter of The Deluge: The Great War, America and the Remaking of the Global Order is the economy as an object of static measurement and management. The author says that the problem of hegemony is historically unprecedented: the hegemony may be arranged in democratic politics conditions. World War I came with truly global mobilization. This resulted in emergence of new types of multinational interdependence. After World War I, the new world order was born, where all major powers had to cast in lot with the USA that became the leading global economic force.

In the second book The Wages of Destruction: The Making and Breaking of the Nazi Economy , the Professor suggests to take a new look at the economy of Nazi Germany. The author considers weaknesses of the Nazi economy, comparing its capabilities with economies of other states. While focusing on the economy, Adam Tooze also pays attention to the racial politics of the Nazi regime, and its home politics as a whole.