HomeNewsNews Competition policy in the context of digital transformation 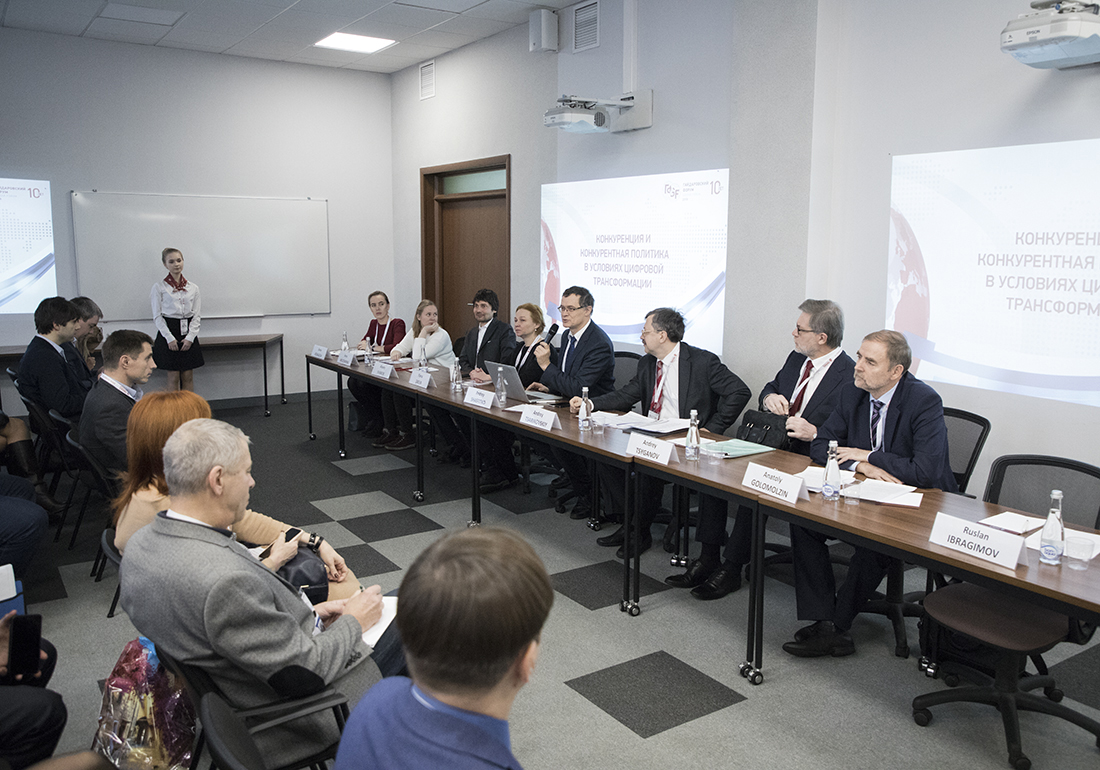 On the final day of the anniversary 10th Gaidar Forum, January 17, an expert discussion was held on competition in the context of digital transformation. The participants discussed new challenges and opportunities for business in the context of digital transformation, prospects for the development of individual markets and industries in general, problems of multilateral markets’ limits determination.

Andrey Tsyganov started the discussion with opportunities for competition in the context of digitalization. It was noted that the speed of decision-making is growing in business, the use of digital technologies leads to a huge reduction in the costs of doing business. The expert paid attention to the fact that digitalization forms an additional incentive for cartels creating.

During the discussion, the participants also noted that there are new markets that cannot be clearly defined by product boundaries; it is necessary to develop new legal forms for digital platforms regulation.

Andrey Golomolzin paid attention to the change of the object in the context of current transformation. In his opinion, a person should cease to be a consumer, he should become a participant in the process. He emphasized that now business is conducted not only with the use of intellectual property rights; large corporations use the “half-rights” of intellectual property. According to the expert, this becomes the main tool for the formation of market power and predetermines the situation in the markets.

In addition, Elena Zaeva said that the basic principles that are used by regulators should not be overly formalized.

Participants of the event came to the conclusion that it is necessary to focus on the study of the modern irrational consumer. This is one of the most important components of economic analysis in modern conditions.