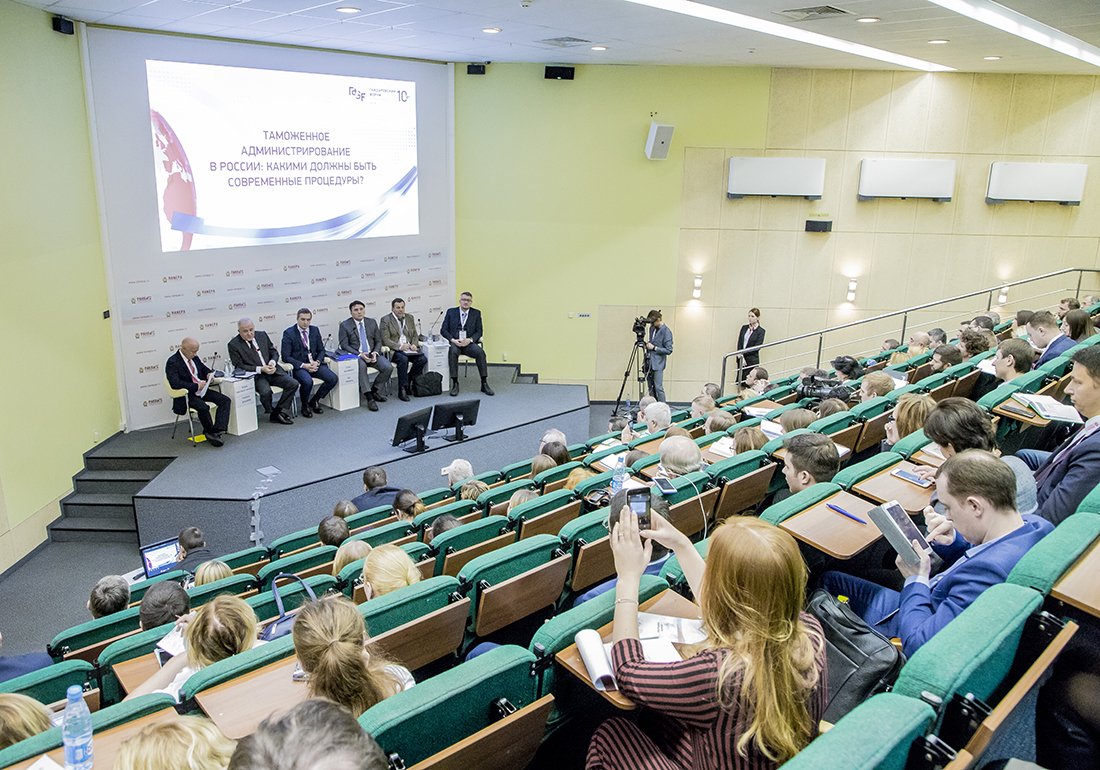 January 16, on the second day of the X Gaidar forum, the Green Hall of RANEPA hosted the Expert discussion “Customs administration in Russia: what should be the modern procedures?”. The participants discussed new aspects of customs administration for the member states of the Union and the measures that will contribute to the improvement of the business climate and the further development of foreign trade and transit.

Mr. Sinelnikov-Murylev showed the audience slides depicting the position of Russia in the international rankings and commented on them: “The target level is not reached, the situation of the country is not improving. In terms of efficiency of customs administration, Russia lags far behind countries with a comparable level of economic development.” The Moderator put another question to the participants of the section: “Why did it happen?”

Timur Maximov, Deputy Minister of Economic Development of the Russian Federation, said: “With two years, we faced a significant breakthrough — the relations between customs and business have changed. A minor problem remained, but a positive trend is observed.” In addition, the speaker spoke about the program of improvement of customs administration: “The program, which should be implemented by the end of 2020, includes digitalization and maximum automation of everything.”

Galina Balandina, Senior Researcher at the Laboratory of Macroeconomic Research of RANEPA, made a report prepared jointly with the Russian Foreign Trade Academy. The expert raise the key issues of the existing system of customs administration in Russia and drew the audience’s attention to suggestions for its improvement. Galina Balandina added: “It is necessary to set more ambitious goals.”