Dmitry Medvedev to speak at the Gaidar Forum 2019 in RANEPA 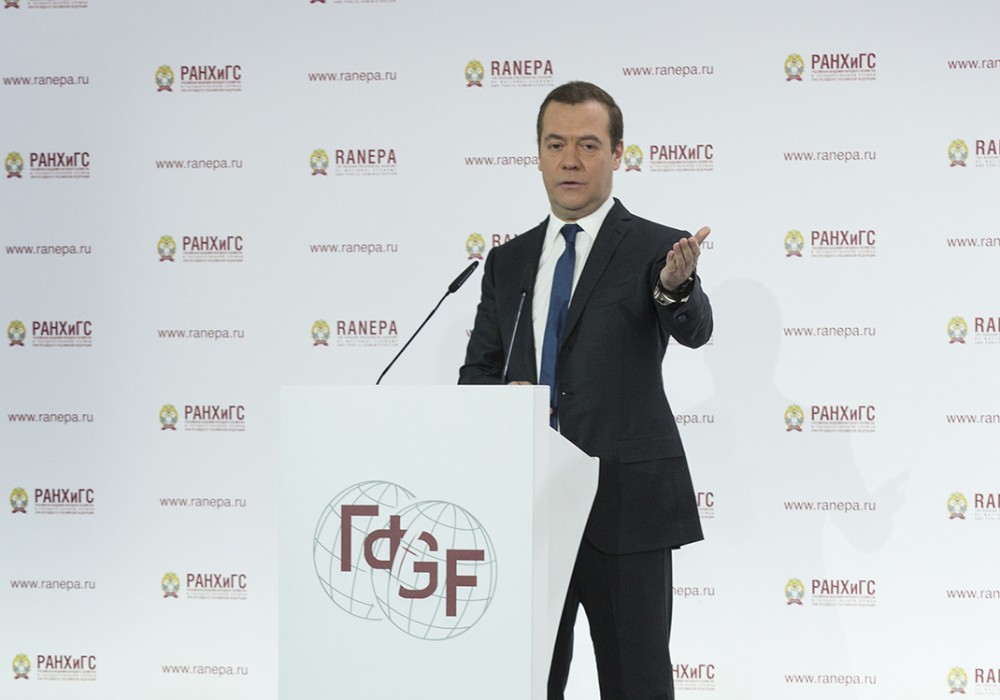 On January 15, Dmitry Medvedev is to speak at the plenary discussion of the 10th Gaidar Forum - international research and practice conference Russia and the World: National Goals of Development and Global Trends.

The moderator of the plenary discussion National Goals of Development and Global Trends shall be the Rector of RANEPA Vladimir Mau.

The Gaidar Forum is an ongoing platform for the discussion of pressing challenges of the Modern Age. The Forum has been held since 2010 in memory of Yegor Gaidar, economic scientist, ideologue of the Russian reforms of the early 1990s. A special emphasis in the discussions is placed on the topics related to the situation and strategic role of Russia in the world.

The moderators of the Forum are policy makers and famous experts: officials of the Russian Government, representatives of regional authorities, leading domestic and foreign economists.

The goals of the Forum are to attract the world's leading scientists and practitioners to a joint discussion on economic and political issues; to maintain continuous expert dialogue on key political and economic issues; to reflect the main trends and key events in the national and global economy and politics; to elaborate strategic proposals and recommendations on the development of the national economy.