HomeNewsNews Education in transition. From classic to digital

Education in transition. From classic to digital 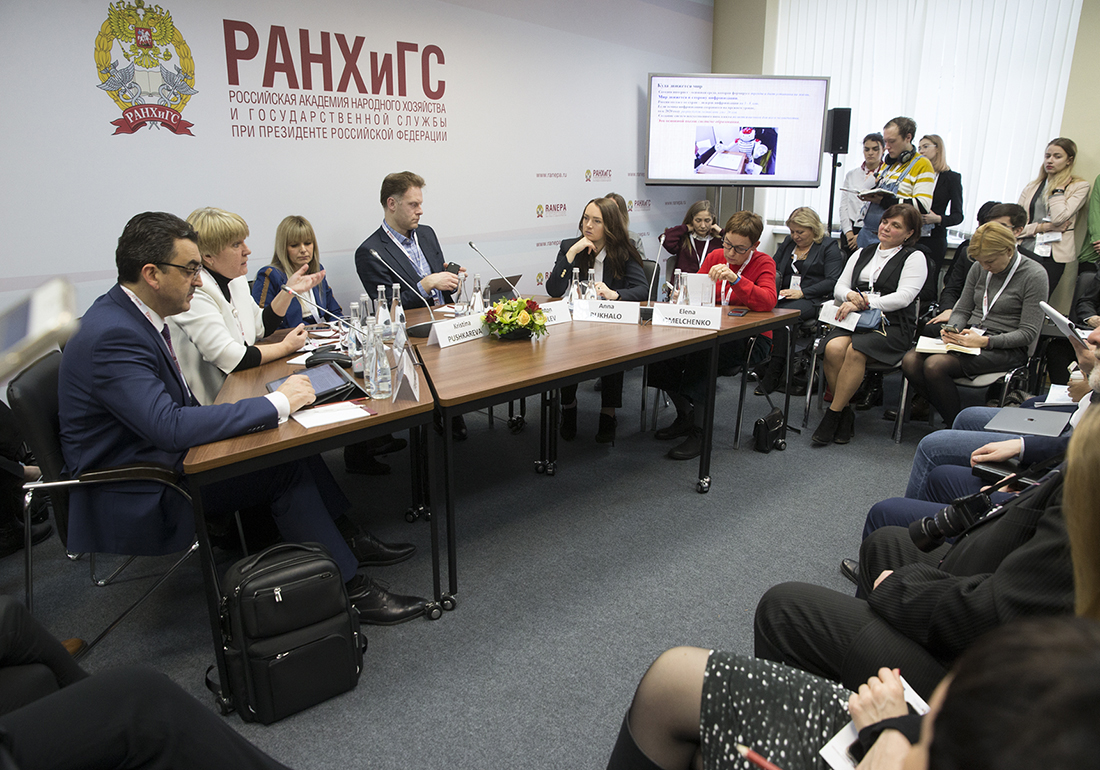 On January 17, at the Gaidar Forum at the Presidential Academy, an expert discussion “The Young Generation: Integration into the Future” was held. The moderator was Kristina Pushkareva, the Director of the Center for Intensive Training and Professional Orientation, RANEPA.

During the discussion, leaders of educational organizations and experts discussed how the world of professions develops, what the priority tasks of education are, and what the mainstreams among the youth are.

In the opinion of Eduard Galazhinsky, the rector of the Tomsk State University, the quality of education is directly related to the well-being of the nation and the state. He noted that the TSU is the only university that has been using such a notion as “transfession” for about six years. This term refers to a person’s ability to change together with the profession, but at the same time maintain the depth of involvement in the profession. In addition, the speaker said that over the past few years, the demand for routine professions has dropped significantly, unlike the demand for the most creative professions. The speaker outlined that future TSU students should be able to think critically, solve problems outside the box, interact with people around them, know how to work in a team, develop themselves and learn something new for themselves every day. The rector recommended everyone to visit the “Encyclopedia of early age” website. The basis of the information portal is the scientific work of professors of the best universities in the world.

Anton Molev, Deputy of the Moscow City Duma; Scientific Director, RANEPA Lyceum, continued the topic. Speaking about integration into the future, he focused on the importance of education for today.

“Now the issue of education has definitely come to the forefront!” the expert noted. The head of the lyceum emphasized that young people are in a crisis of confidence in classical knowledge, information is gradually depreciating, as the new generation has changed priorities over time. In addition, the speaker spoke about the Lyceum of the RANEPA. The main task of the educational institution at the Presidential Academy is to create conditions for the individualization of students.

Natalya Sinyagina, Head of the Research Sector, Laboratory Diagnostics and Assessment of Managers, RANEPA; Head of the Research and Methodological Magazine Education of Personality, began her speech with the words: “If you don’t want to walk today, you will have to run tomorrow” because the world is moving to digitalization. Now, Russia is ranked first in Europe in terms of Internet users and sixth in the world. The artificial intelligence went beyond the science fiction and became the new reality. The major consumers are children and youth. The speaker emphasized the development of industrial automation based on industrial robots. Innovative technologies make a breakthrough in all spheres of social life, make it informational, and therefore create a new generation.

Anna Bukhalo, head of youth projects of the Association of Innovative Regions of Russia, identified three main criteria for working with gifted children: accessibility, relevance, and safety. She also noted that geographical remoteness is one of the most important problems of talented children. It is much more difficult to develop their abilities for those who live outside of Moscow, St. Petersburg, Kazan and other large cities. Thus, it is the Internet resources that make it possible to at least somehow deliver themselves in various fields. In addition, the speaker stressed that schoolchildren living in remote areas are much more motivated.
Alexandra Perfilyeva, RANEPA