HomeNewsNews Fuel changeover: gas consumption in transport may increase by 160% by the year 2040 (VIDEO)

Fuel changeover: gas consumption in transport may increase by 160% by the year 2040 (VIDEO) 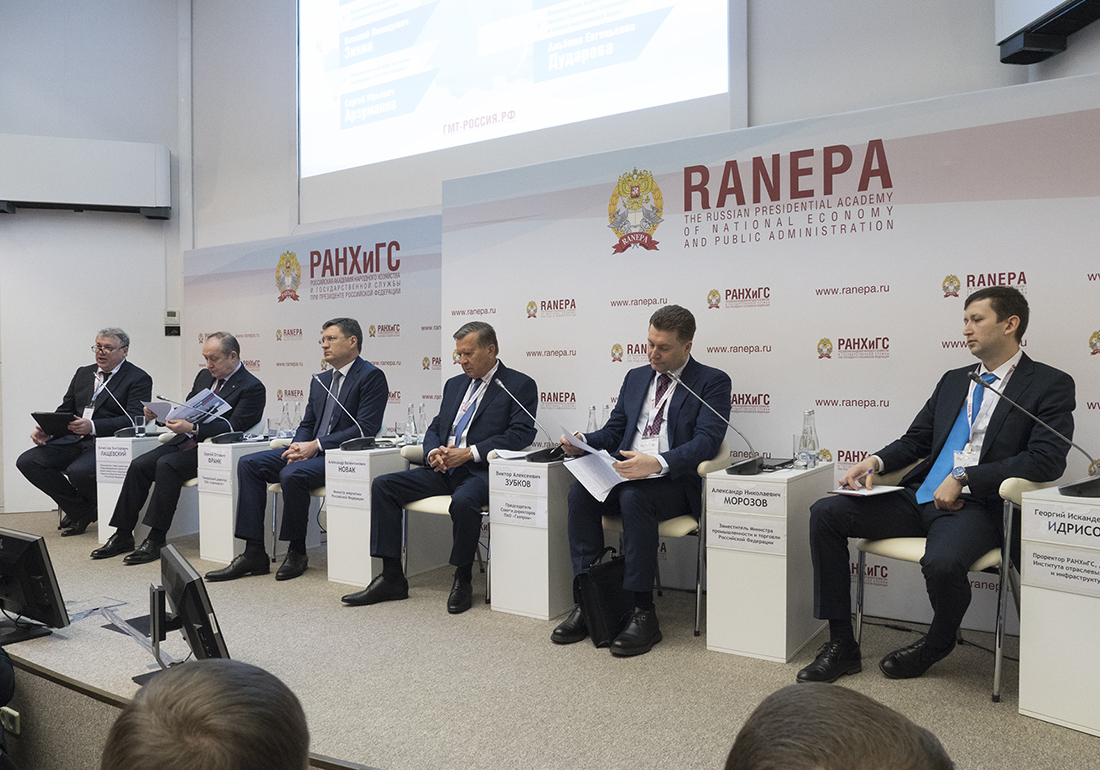 On January 15, within the 10th Gaidar Forum Russia and the World: National Goals of Development and Global Trends, Expert Discussion Gas Engine Fuel, the Present and Future in Russia took place. The purpose of the discussion was to consider solutions of accelerated development of the gas engine fuel market in Russia.

When opening the discussion, Vyacheslav Lashchevsky emphasized that the gas engine fuel was put on the international and national agenda. ‘The demand for gas is growing worldwide and will continue to grow in the decades to come. Actually, the global economy is entering upon the Era of Gaz.’

The expert discussion brought up the issues of investment, environmental and social effects of the fuel changeover at the federal and regional levels, and the current situation and prospects of expansion of gas engine fuel use in road and railway transport, and waterborne traffic.

Viktor Zubkov, Chairman of the Board of Directors, Gazprom PJSC, paid special attention to the prospects of the global and Russian market of gas and gas engine fuel.  ‘For the last 10 years, the global gas consumption grew by 20%. According to the available expert estimates, by 2040, gas will be the only fossil fuel, with increased share in primary energy sources, which, in absolute terms, will reach 5.4 trillion cub.m. Energy and transport will have the most impact on the gas consumption volumes (annual growth rate: 2.2% and 4.2% respectively). Gas consumption in transport may increase by 160% and reach 360 billion cub.m by the year 2040. Today, Russia confidently plays the leading role in the global gas market: in terms of gas reserves, production and export. Increase in the volumes of use of this fuel type in transport is a strategic task. This focus area enjoys full-fledged support by the President of the country V.V. Putin. The total length of main gas pipelines in Russia is 172 thousand km, and there are even more than 700 thousand km of supply networks. Such background makes it possible to ensure development of local gas engine fuel markets in most Russian regions. Gazprom is the largest investor in gas filling infrastructure. Today, the company own the largest number of gas filling stations in the country, i.e. 300 stations (the total in Russia is 387). The total amount of investment of the company in construction of the gas filling infrastructure exceeded RUB 17 billion. Now, we have 300 stations. We believe this is too few. In the next one to two years we shall reach 500 stations,’ he said. Zubkov added that, in the future, Gazprom shall expand the gas filling network in Russia up to 1.5 thousand stations.

The Chairman of the Board of Directors of State Company Gazprom noted that, today, natural gas is the most cost-effective and environment-friendly engine fuel and that the advantages of natural gas shall be more intensively communicated at all levels: from government structures and international organizations to ultimate consumers. Gazprom began convert its vehicles to gas engine fuel five years ago, during that period, 40 percent of the vehicle fleet was converted exactly to gas. The total economic effect of this work reached 3.7 billion. Emissions of harmful substances to the atmosphere reduced by more than 100 thousand tons for 5 years due to conversion of the company’s vehicles to gas.

‘We believe that gas is the environment-friendliest fuel. For that reason, its global consumption will grow, and also its use in vehicles will expand’, Alexander Novak, Minister of Energy of the Russian Federation said. The Minister also noted that the Ministry of Energy of Russia pursues the consistent policy to support promotion of gas engine fuel n Russia. ‘Since 2013, when the Government actively got on with this topic by order of the President of Russia, we created favorable legal environment for development of the sector, introduced benefits, subsidized equipment production and construction of new gas filling stations,’ Alexander Novak told.‘The Ministry of Energy was defined as the leading ministry for gas engine fuel development. In April last year, the President ordered to the Ministry of Energy of Russia to prepare a Gas Engine Fuel Market Development Concept until 2030, and, in October, we sent the document to the Government,’ the Minister added.

The program provides for ambitious plans for development of the sector, the Head of the Ministry of Energy of Russia noted. According to the concept, the volume of gas for fuel shall grow to 11 billion cubic meters per year, the number of vehicles running on the gas engine fuel – from 150 to 700 thousand vehicles, of gas filling stations - from 380 to 2,400.

The Minister underscored that, by 2030, each region of Russia with urban population over 100 thousand people will be obliged to adopt its own program for market development and placement of NGV filling stations. In addition, individual cryo-filling stations shall emerge in Russia to fill vehicles with liquified natural gas. In 2019, the Minister said, subsidies of RUB 4 billion may be allocated for development of gas engine fuel market, this is currently being discussed with the Ministry of Finance of Russia.