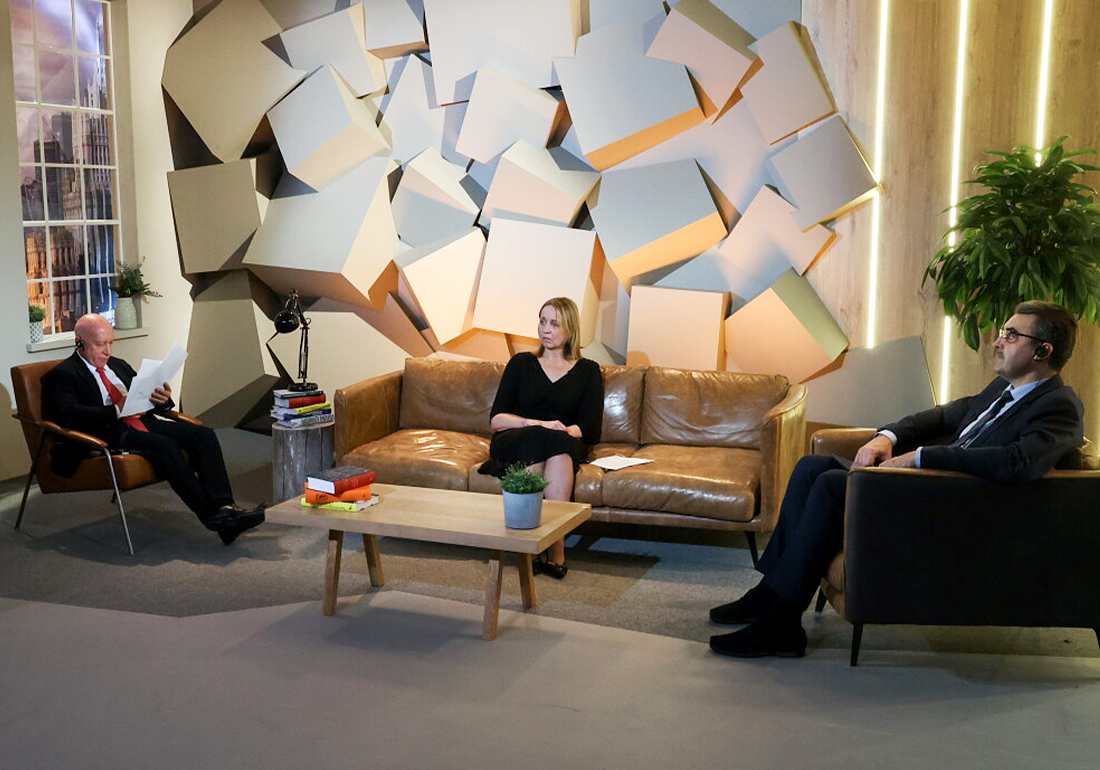 At the session “Alliance of Russian and Spanish Universities – Prospects and Horizons 2022” held on the first day of the Gaidar Forum 2022 at the Presidential Academy, representatives of Russia and Spain discussed the development of the first academic project in the history of bilateral relations, for which a memorandum of establishment was signed at the Spanish Embassy in Moscow in April 2019.

“We will continue to develop our project,” stressed Vladimir Mau, President of the Alliance of Russian and Spanish Universities. “This is possible thanks to the joint efforts of the members of the Alliance, the activity of its Secretary General Olga Pirozhenko and support by the diplomatic departments of Russia and Spain and the relevant ministries and departments in both countries. As part of the project, we plan to develop new formats of interaction in education, including virtual ones.

Head of the Department of International Cooperation of the Ministry of Science and Higher Education Vladislav Starzhenetsky emphasized the importance of academic cooperation between the countries, praising the establishment of the Russian-Spanish Alliance and adding that it became possible in the light of effective cooperation between universities in Russia and Spain. Students at these institutions are increasingly interested in learning Spanish and Russian, as well as the rich cultures of both countries. He noted that today about 33 thousand students study Spanish at Russian universities, and Russian is one of the four most popular foreign languages in Spain. The speaker wished the project further success and expressed hope that in early 2022 an agreement on mutual recognition of education, qualifications and degrees will be signed between the countries.

“The creation of the Alliance is an innovative achievement aimed at boosting the relationship between our universities and the prosperity of our peoples,” said Agustin Nunez, Chargé d’Affaires ad interim in Russia, Minister Counselor at the Embassy of Spain in Moscow, “and we will continue to fully support this very relevant and important project.”

Alfonso Gentil, head of the Spanish Service for the Internationalization of Education (SEPIE), spoke about the multifaceted challenges of creating a single educational space today. He noted that Russian-Spanish academic cooperation is constantly expanding, the number of grants is growing, and funding for educational projects between partners within and outside the EU is generally increasing.  The Alliance of Russian and Spanish Universities is an example of such mutually beneficial cooperation, offering an exchange of best practices and experiences of different educational systems, which deserves attention and support from the government agencies in both countries.

A representative of the Conference of Rectors of Spanish Universities (CRUE) and Rector of the University of Seville Miguel Angel Castro expressed his approval of the Russian-Spanish initiative to create an Alliance, noting that Russian and Spanish universities have mutual interest in each other and have a remarkable history of cooperation.  The Commission on Internationalization and International Relations of CRUE is working extensively to create the University of the Future, the functioning of which implies a format “without borders” that characterizes the activities of the Alliance of Russian and Spanish Universities.

Olga Pirozhenko, Secretary General of the Alliance, expressed her gratitude to the panelists, pointing out that the history of the project is the history of relations between Russia and Spain, characterized by deep sympathy, mutual interest and respect. She noted that in the long run the Alliance will become a platform for a constructive dialogue between the peoples of the two countries, based on the interaction of academic communities in the framework of Russian-Spanish cooperation in education, science and culture.

Jose Aurelio Llaneza Villanueva, head of the International Department of the Spanish Ministry of Education and Vocational Training, presented the trajectory of the Russian-Spanish academic project, expressing the hope that it would continue to develop successfully for the benefit of both countries. He seconded the opinion of his counterparts from the Ministry of Science and Higher Education of the Russian Federation that the rapprochement of Russia and Spain in the field of education and culture was an important and necessary element of international communication aimed at deepening mutually beneficial cooperation.

In turn, First Secretary of the Russian Embassy in Spain, Director of the Russian House in Madrid, Sergei Sarymov noted that one of the important goals of the Alliance was the expansion of cultural and scientific cooperation at the international level. The Russian diplomat presented the perspective of relations between Russia and Spain, stressing that they were linked by centuries of constructive cooperation and mutual sympathy, which continued to strengthen today, as evidenced by the establishment of the Russian-Spanish academic Alliance.

Javier Torres Hernández, Education Attaché at the Embassy of Spain in Moscow, emphasized that the Presidential Academy is the leading Russian institution of higher education within the framework of cooperation in the field of education aimed at bringing countries closer together. He expressed the hope that the flagship projects, including the Alliance of Russian and Spanish Universities, would successfully develop as part of the creation of the University of the Future.

Carles Padilla Carmona, Vice Chancellor for Internationalization and Cooperation at the University of Valencia, a strategic partner of the Presidential Academy in Spain, noted the importance and relevance of alliances that create a climate of mutual trust in the world. He emphasized that universities play an enormous role in the development of society as a whole, and the rapprochement of cultures leads to closer interaction between academic communities, which result, among other things, in the creation of international network university associations, including the Alliance of Russian and Spanish Universities.

Tomsk State University Rector Eduard Galazhinsky expressed his gratitude to his Russian and Spanish colleagues for their active participation and support within the framework of cooperation in the Alliance, mentioning interesting results of TSU research on the quality of education during the pandemic, which could become a new unifying element for universities within the Alliance in sharing best practices of higher education systems in Russia and Spain.

The moderator of the session, Sergey Sinelnikov-Murylev, Rector of the Russian Foreign Trade Academy, concluded the discussion by thanking the participants and expressing confidence that the development of the Alliance is a strategic milestone for improving the quality of education and strengthening international academic cooperation.