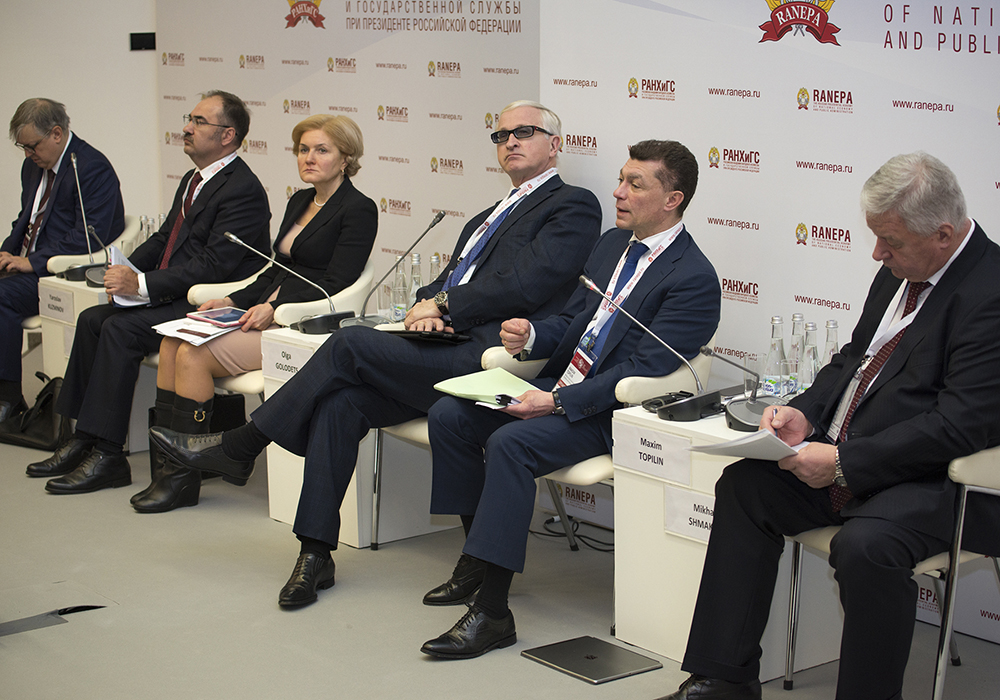 The participants of the Gaidar Forum 2017 discussed the quality of human capital as part of the panel discussion, Social Development: Historical Lessons and Future Challenges.

President of the Russian Union of Industrialists and Entrepreneurs Alexander Shokhin moderated the discussion. The panel experts included Branko Milanovic, professor of the City University of New York and former lead economist in the World Bank's research department (1991-2013); and Olga Bantsekina, Chief Representative of Coleman Services UK, Deputy Chair of the Association of European Businesses Board.

During the discussion, the experts noted Russia’s accumulated historical experience in social environment and described the current situation in this area.

Deputy Prime Minister Olga Golodets was the keynote speaker. Labor relations and decent wages are key issues for the Government now, she said. “In the difficult period of 2014-2015, there was a major drop in people’s incomes. Therefore, it is our primary task today to recover people’s incomes and consumption. We view this not only as a social problem, but also an essential condition for economic growth. The shrinking consumption and reduction of retail trade are serious inhibitors for further economic development,” she said.