HomeNewsNews How and why does modern state government function? (VIDEO)

How and why does modern state government function? (VIDEO) 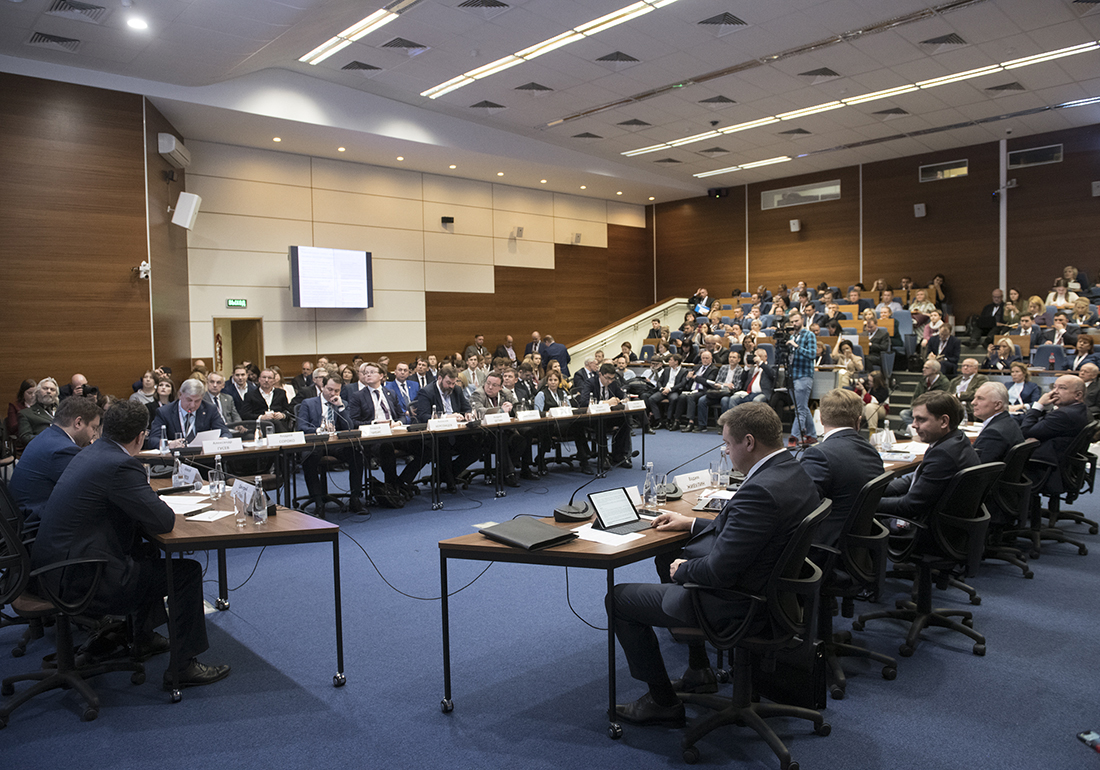 Commenting on the name of the session, Deputy Governor of the Nizhny Novgorod region Andrei Betin said: "An unhappy official cannot make a citizen happy." This statement largely reflects the main vector of discussion – how to reorganize the activities of the system of regional authorities so as to improve the quality of citizens’ life?

Mikhail Prjadilnikov, Deputy Head of the Analytical Center for the Government of the Russian Federation, named four guidelines for the work of government agencies: strategic guidelines — “what we do”, personnel — “who does it”, processes, or project activities — “how we do it”, and a citizens’ feedback system. He also proposed to develop a system of self-assessment methods for regions to improve the efficiency of their work.

Deputy Minister of Economic Development of the Russian Federation Vadim Zhivulin noted that the focus on the result is becoming the central element of the entire public administration system. Under these conditions, a new system of communication between state bodies and regions should be formed: the exchange of best practices and achievements, cooperation but not rivalry. “It is very important to start building a library of the best solutions – a collection of the best regional and federal practices. At the same time, the work should be carried out not by giving instructions, but in the form of consultation, cooperation, aid, and assistance to each other, ”explained Vadim Zhivulin.

Speaking about the regional development strategy, the Governor of the Voronezh region Alexander Gusev stressed that the mission of the regional government consists primarily in creating a favorable environment for human life and entrepreneurship development. He highlighted the following key points of the strategy: the formation of a new staff and new system of governing bodies, the creation of a “center of efficiency” – a team of independent arbitrators for assessing the activities of top managers, as well as the transfer of a larger number of functions to the Civic Chamber and the Chamber of Commerce and Industry. The Governor noted that the main indicator of the government efficiency is the assessment of citizens and the business community: "The government should not be a pressing force, but a reliable partner for a person of any age and profession."

The Deputy Minister of Construction of the Russian Federation, Andrei Chibis, pointed out the importance of working with staff as the “foundation” of government. He stated, “If we don’t start developing real HR, we’ll have great difficulties implementing projects and achieving goals.” According to the deputy minister, it is necessary to create a fundamentally new and most transparent personnel reserve of state administration.

The Governor of the Ryazan Region, Nikolai Lyubimov, agreed with the opinion of Andrei Chibis that the human resources largely determine how efficiently we achieve the preset goals. He spoke about the Ryazan experience of creating a “team of change” – a class of managers with fundamentally new ideas and values that they will implement in their teams. The members of the change team are focused on the delivery – solving the problems of the citizen.

Continuing the topic of working with personnel, the Head of the Federal Accreditation Service, Alexey Khersontsev, stressed that it is important to remember that even the most senior officials are primarily the leaders of labor collectives. According to the Head of the Federal Accreditation Service, the introduction of a new public administration system should take into account all layers of this system, including the lower performers. “When working with personnel, it is important to remember about the value orientations of the state administration as a whole – about trust, team spirit, technology, and competence. However, each specific individual can understand these values in different ways; therefore, it is especially important to correctly convey the idea of the state management mission to the collective and draw up rules of conduct based on its features, ”said Alexey Khersontsev.

The governor of the Orel region, Andrei Klychkov, in his speech outlined the main challenges facing the leaders of the regional government: the formation of modern teams that can solve current problems and ensure the openness of power, the involvement of residents in the management of their region.

Vice-Rector of RANEPA Dmitry Butashin drew attention to the fact that the efficiency and efficiency of the work on the Russian regions development depends on the joint efforts of the authorities and the population. “The involvement of the population in public administration is extremely important. However, people and officials need to learn how to communicate with each other. The government should consider constructive criticism from citizens, and citizens, in turn, should help the authorities to look for the right decisions. Pure criticism is senseless, we must make suggestions!” stated Dmitry Butashin.

Speaking about the need to ensure the openness of power, Leonid Vakhnin, deputy director of the state policy department in the sphere of state and municipal service, and countering corruption of the Ministry of Labor of the Russian Federation, said that the principle of equal access to state power is based on the principle of competitive selection. “In order to work effectively and regain the trust of citizens, it is necessary to rely on professionalism, not cronyism, in the selection of personnel,” he stressed.

Deputy Chairman of the Government of the Tver Region, Andrei Orlov, raised the issue of the relationship between digitalization and government bodies. He focused on the fact that the digitalization of public administration implies the openness of information data for business and the openness of management as a whole. The speaker dwelled on the permissible limits of such openness and asked the RANEPA to develop a special course for regional leaders covering this problem.

Director of the National Institute of Sociology of Management Konstantin Abramov added that digitalization and openness of public administration is not an end in itself. He called the change in the quality of life of people in the regions and the increase of people's confidence in the government the priority of the “Modern public administration” project.

Commenting on the need to take into account international experience in building up the work of Russian state bodies, Andrey Soroko, Director of Government Department of Public Administration and Personnel of the Russian Federation, said: “I really love my country. We really have something to be proud of. But if we are talking about true patriotism – active and constructive, then it is not to enjoy sweet words, but to move forward. If we compare ourselves to those who are objectively better than us, then we will be able to outdo them! ”

The panelists came to the conclusion that it is necessary to involve citizens in a dialogue with the authorities through digitalization tools, to speak with them in the same language, to encourage people not to be indifferent in order to deliver the main goal of the “Modern public administration” project – improve the quality of life and increasing the level of citizens' confidence in the government.