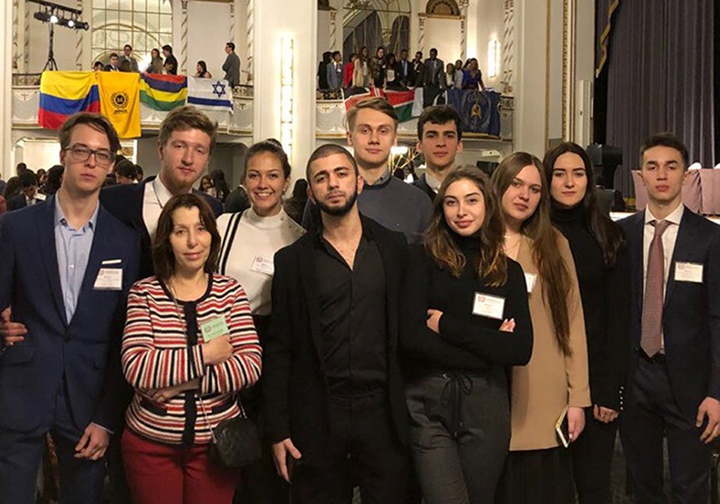 Details are revealed in the interview of the Dean of the Faculty of International Relations, RANEPA IBS, Dr. Sc. (Econ.), Professor  I.L. Timonina.

In Russia, the “model” movement is developed enough, and students can take part in UN models in MSU, MGIMO, RSUH and other universities not only Moscow and St. Petersburg, but also in other cities. The first “meetings” within the RANEPA UN Model will start very soon.

There are a large number of UN student models abroad. Each of them has its own characteristics. The best known are the Models of United Nations in Geneva, New York and Harvard. Geneva and New York Models are, in their content, designed more for students studying international relations of the “classic” type, i.e. those who specializes in politics and diplomacy.

Harvard National Model, which takes place in Boston, is the oldest one and is positioning itself as a platform for meeting of future leaders ready to solve global problems together. And, accordingly, it attracts students of a variety of specialties, which are united by the aspiration to become leaders and to take responsibility for the future of mankind.

Our team is traditionally formed of students of different areas of study who speak good English, are interested in international issues and are able to communicate their thoughts and opinions to others.

But, of course, all these skills need to be polished. And the participation in the model provides an excellent opportunity for this.

Working in multinational committees, students can “upgrade” (speaking their language) their skills of communication, public speaking, teamworking, networking. They can look at many situations with different eyes, learn how to hear your interlocutor and even your opponent, and to develop your emotional intelligence. And, of course, the number of friends in social networks is increasing exponentially.

The World Model is organized with involvement of representatives not only of Harvard, but also of the leading universities and the host country of the relevant conference. It takes place in different countries on different continents. For example, it was Panama in 2018. In 2019, the Model will be hosted by Madrid, and Charles III University and other leading universities of Spain have already started to actively participate in its organizing.

We hope that our students will receive new international experience.