HomeNewsNews IIM RANEPA students will have a chance to learn Arabic

IIM RANEPA students will have a chance to learn Arabic 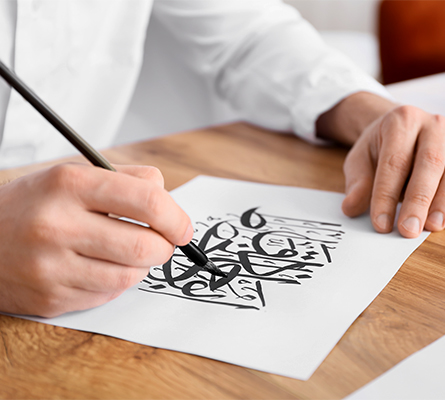 Students at RANEPA Institute of Industry Management (IIM) are required to take two foreign languages – English, which is mandatory, and an elective course in one more language starting in their second year. Until recently, the available options were German, French, Spanish, Chinese or Italian. Soon enough, IIM students will have a chance to learn to speak and write Arabic.

Whether you are studying management, hospitality, tourism, marketing or advertising, speaking Arabic will immediately make you a valuable professional with a competitive edge.

One of the most popular languages ​​in the world

The Arab region is vigorously integrating into the global economy, providing a huge market for all kinds of goods and services. The population in the Middle East is growing, and more and more business opportunities are arising. The local construction industry, finance, telecommunications and tourism are becoming attractive investment destinations. At the same time, the business culture in the Arab world essentially relies on building trust-based relationships and mutual respect. What better way to promote successful collaboration than knowing the language and culture of your employer or business partner?

“The rapid development of Arab economies dictates new requirements for specialists, and speaking Arabic is gradually becoming a ​​necessary professional skill. At present, there is a shortage of professionals who can speak Arabic in tourism, service and trade, says Marina Pyanova, head of the Foreign Languages Department at IIM RANEPA. “To extend your sales to the international market and get to know your target audience in another country, you totally need to speak their language. It would be an advantage for professionals at any level who work with companies and individuals from the Middle East and North Africa.”

The Arabic language has played an immense role in global culture. Most fundamental works on mathematics, natural sciences, philosophy, history, and medicine were written in Arabic. For many centuries, it has contributed to intercultural exchange across a vast space from India to the Horn of Africa. Having learned Arabic, you will be able to read classical and modern literature and religious books in their original language; you will learn calligraphy and discover Arabic poetry and music.

Arabic is a real brain trainer. It is written from right to left, with only consonants represented, while vowel sounds have to be inferred by the reader. Most Arabic letters have four forms and vary in shape depending on their position within a word. The unusual grammar and structure you need to learn makes your brain develop new neural connections and increase productivity. By learning Arabic script with a large number of dots and ligatures, you will learn to concentrate on details and develop visual memory.