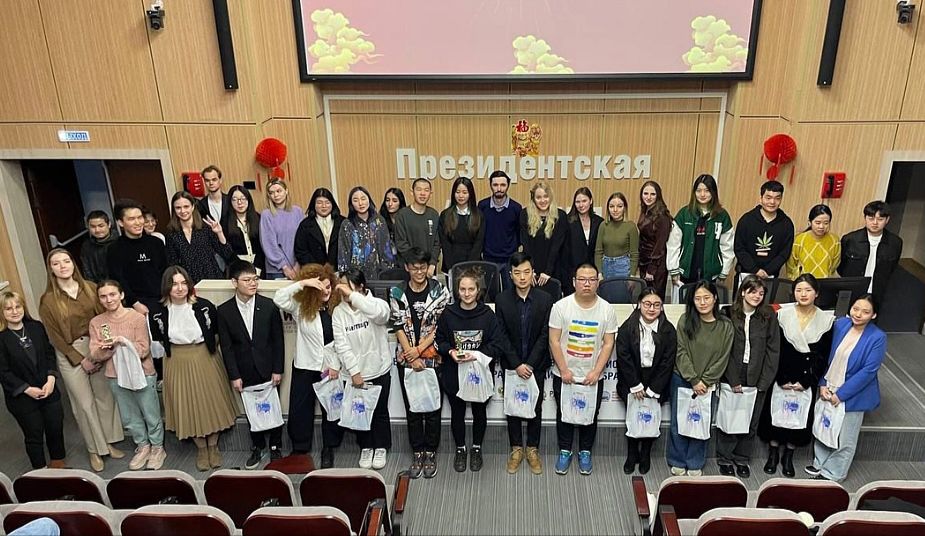 RANEPA Institute for Social Sciences (ISS) has hosted an awards ceremony for participants in the Road to Celestial Empire film festival. The film festival, an initiative of the Matryoshka Russian-Chinese club, featured student productions – promotional videos and films about New Year celebrations in various provinces in China.

– Why did you decide to join the Matryoshka club?

– Activities at Matryoshka help improve my Russian, especially speaking. I can meet Russian students at the club. It helps me quickly adapt to student life in Russia.

– You won the Best Russian Speaker award. How did you achieve such a high level?

– Learning Russian isn’t easy. At first, I watched films and TV shows in Russian every day in order to better understand spoken Russian. Teaching Chinese to Russian students also helped me. Teaching also helped me learn a lot about the Russian language.

– Was it difficult to host the awards ceremony in Russian?

– Hosting the awards ceremony is a great honor for me. Perhaps I pronounced some of the words wrong. But this helped me figure out what I should strive for in the future. This experience is very valuable. I thank all participants and spectators from the bottom of my heart.

– Why did you decide to learn Chinese?

– I really like Chinese writing and culture. Russia and China also have friendly relations; this gave me the idea to try and learn such a beautiful and fascinating ancient language.

– Where did the idea of this festival come from? Why is it called the ‘Road to Celestial Empire’?

– We developed this idea with teachers at the Academy; we thought it should be a great opportunity for language practice and rapprochement between Russian and Chinese cultures. The name of the festival is actually a metaphor. We all know that China is sometimes referred to as the Celestial Empire, and our film festival is a valuable guide to understanding Chinese traditions. It helps us lift the veil on this mysterious country a bit.

– Has your team been preparing for the awards ceremony for a long time? Have you achieved everything you wanted?

– We didn't have much time to prepare for the awards ceremony. We had a few minor difficulties in the organization process, like equipment issues. Nevertheless, we did it, and the ceremony was a success.

The Matryoshka Russian-Chinese club is a student association at ISS RANEPA created to expand Russian-Chinese cooperation at the Presidential Academy. The club holds weekly speaking sessions in Russian and Chinese, other events promoting cultural exchange between Russia and China, as well as tours of Moscow sights.