HomeNewsNews Italian teacher Maria Amoroso: “The key is to maintain a passion for knowledge”

Italian teacher Maria Amoroso: “The key is to maintain a passion for knowledge” 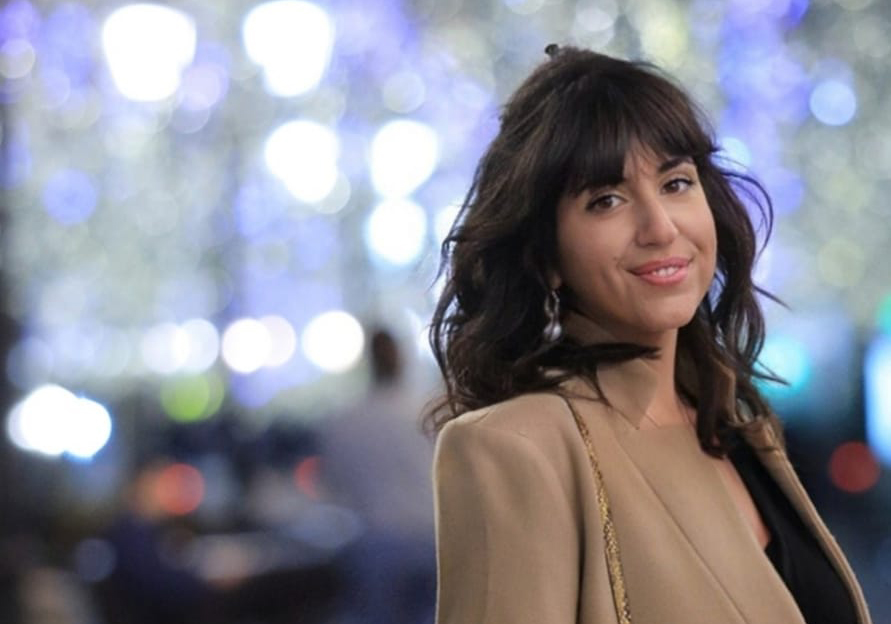 “I love Moscow and I hate it, as much as I love and hate Naples. One day I love it, the other day I hate it!”, admits Maria Amoroso, teacher at the RANEPA ISS School of Public Policy and Management. She has every right to make such a bold statement, because Maria was born and raised in Naples, and has been living and working in Moscow for the past five years. Maria adores both cities for their fast-paced and energetic life, and she hates them for the crowded streets and traffic jams.

Maria is a specialist in the history of international relations. She graduated from one of the oldest universities in Naples, Italy: University of Naples “L’Orientale”, which is renowned for its studies of non-European languages and cultures. When choosing a foreign language, Maria chose Russian. The reason was her love for classical Russian literature: for example, she read Tolstoy’s “War and Peace” five times, first in Italian, then in Russian. Old Soviet films like “The Irony of Fate”, “The Diamond Arm” and other classics also helped.

Maria first came to Moscow in 2008 for a Russian language course and fell in love with the city. “I feel very comfortable in Russia”, she says. “I feel like I belong here. Moscow gave me my adult life: here I started working, met a lot of interesting people and made friends with them.”

Maria immediately felt at home in the ISS School of Public Policy and Management, finding common ground with the School Director Natalia Mikhailovna Abramova, Deputy Program Director Elena Sergeevna Prokhorova, other colleagues, and, most importantly, with the students. Maria now teaches three courses such as History of International Relations, History and Cultures of Europe, and Conflict Studies. The history of international relations covers the period from 1815 to the present day.

“My favorite political figure is Bismarck. It may seem strange for an Italian woman to adore Germany’s first chancellor,” she says, “but in terms of international relations, he is the strongest and most interesting politician, one who was very important for Europe. Bismarck, by the way, was a diplomat in Russia and spoke Russian. Through the example of his personality and activities, I like to show the different intricacies and consequences of political actions. All my students know I love Bismarck,” the teacher smiles.

She also loves debates and attempts to start them in every class. A lively conversation, a discussion of a topic engrossing all the students is an important component of learning for her, which should stimulate not just learning the material, but thinking about it, reflecting on it and asking the question “Why?”

Maria reflects on today’s students: “This is a dynamic generation. Speed is important to them. And I love it that the kids I teach are so motivated. When I was a student, we had more time to think, to ramp up. Today’s 19-20-year-olds know what they want to achieve in life. I try to help them with that.”

Maria Amoroso knows how important it is for the students to ask questions. She notes: “I saw some young people initially shy away from speaking in the debate and asking questions. I tried to make the atmosphere in the class as comfortable and exciting as possible, to immerse students in the historical context, to give them as many details connecting the political events we were talking about as possible. And how wonderful it was when the kids overcame their shyness and fear of public speaking, and started joining the discussions actively. In general, all of my students are great! And as a teacher, it gives me satisfaction to see students getting interested in what I’m talking about, getting involved during classes, and I like it when I see passion in their eyes — a passion for knowledge.”

Professor Maria Amoroso’s key message to young people is to maintain a passion for knowledge, because it is a movement and a guarantee of progress.

Maria has many other interests besides teaching. After receiving her PhD in Naples in the impact of anti-corruption regulations on the Russian politics, she actively continues her research. The focus of her interest today is Russia’s relations with African countries, the state of current cooperation and its prospects. She is also fond of the language, and she tries to translate poems by Russian poets into Italian. The Italian professor’s favorite Russian poet is Sergei Yesenin.

Maria Amoroso smiles: “I’ve been to Nizhny Novgorod, Yaroslavl, Kazan, seven times to St. Petersburg, and never to Venice. Next time I’m home in Italy, I’ll be sure to visit Venice. In the meantime, I will take a walk in the Neskuchny Garden and on the Patriarch’s Ponds in Moscow. It’s great here!”