Kaleidoscope of Cultures at RANEPA (VIDEO) 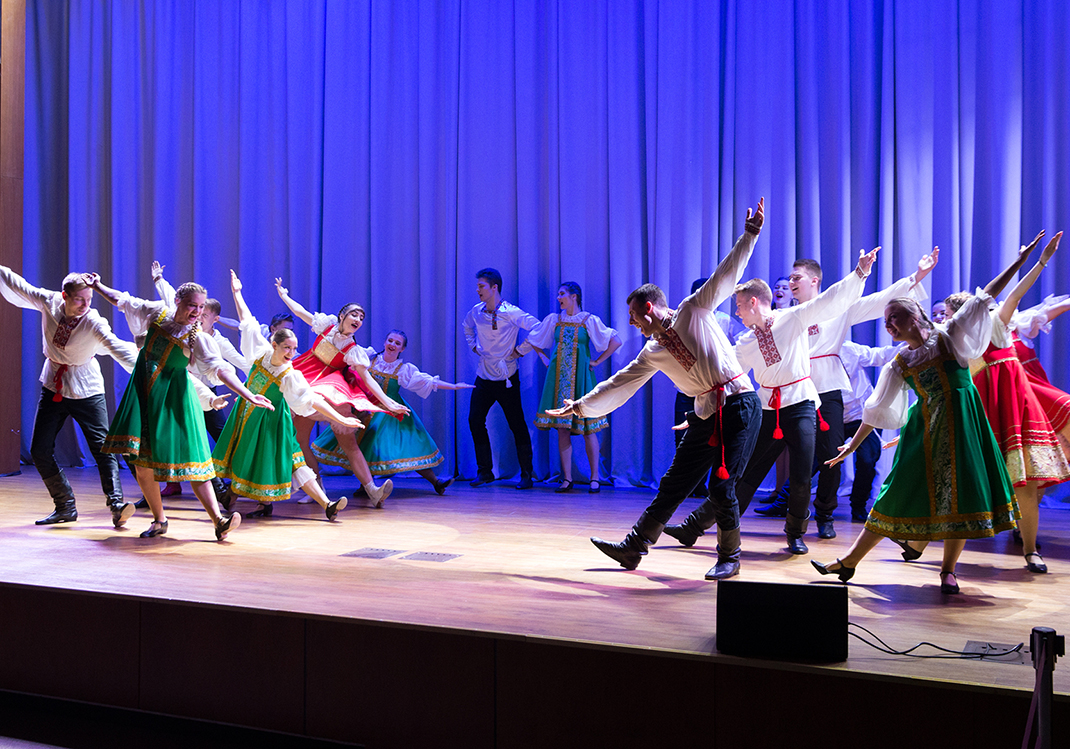 On December 12, the annual Kaleidoscope of Cultures took place at RANEPA, where student teams presented 21 ethnic cultures from Adygea and Ossetia to Mexico and Iran.

“I am very glad that we have this event,” RANEPA Rector Vladimir Mau told the participants. “I am very grateful to the organizers and to all of you because you have contributed to it. I wish all the participants success, and I want us to be a little bit kinder to each other when we will be living this room after the gala.”

All the teams showed bright and memorable presentation, which included videos about various cultures, fiery folk dances in traditional costumes, as well as dances and songs in their native languages, and live music.

During the concert, a festive atmosphere reigned in the room, which was not big enough to accommodate all of the teams’ fans. The Kaleidoscope of Cultures ended with a flag parade, as colorful as the entire festival – a vivid symbol of unity, friendship and mutual support.