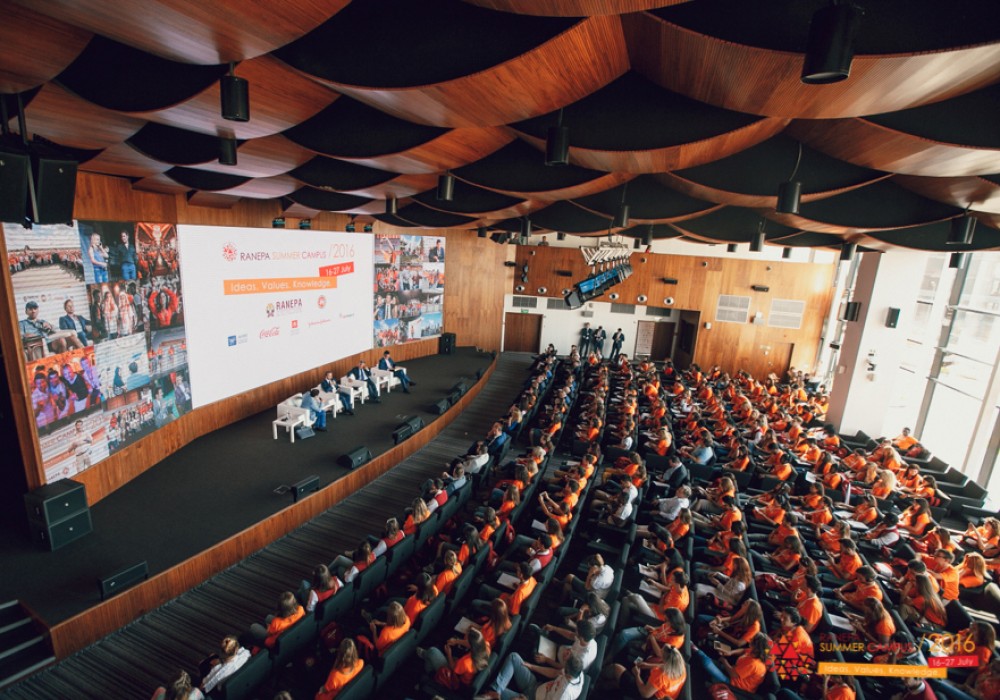 The upcoming 2017 RANEPA Summer Campus will be attended by its regular guests, Managing Partner of Altera Capital, Chairman of Aeroflot Board of Directors Kirill Androsov and Gabriel Di Bella, Resident Representative of the International Monetary Fund in Moscow. Microsoft Chief Economist Preston McAfee will visit the forum for the first time.

Initiated by the Presidential Academy and the Government of Tatarstan, thia educational platform provides unique conditions for talented young people to communicate, fostering a new generation of the country's intellectual elite.

Member of RANEPA Board of Trustees Kirill Androsov will speak at this year’s Summer Campus. He chairs the Board of Directors of Aeroflot-Russian Airlines and serves as the managing partner of Altera Capital. Previously, he served as Deputy Minister of Economic Development and Trade of Russia; First Deputy General Director of Lenenergo utility; and as director of the City Property Economics Department of the St. Petersburg Committee for City Property Management. He holds an MBA from the University of Chicago business school. He was awarded the Order of Honor and the Stolypin Medal, 2nd degree. In 2016, Kirill Androsov led a webinar at the RANEPA Summer Campus and offered the students a few career tips.

Another prominent expert to speak at the upcoming Summer Campus is Gabriel di Bella, head of the IMF Permanent Mission in Moscow. Gabriel Di Bella is a deputy division chief in the IMF’s Western Hemisphere Department. Previously, he served as desk economist for the U.S. as well as other emerging and low-income economies, and as IMF’s Resident Representative in Nicaragua. Gabriel di Bella is an expert in transitional economies; his professional interests lie in the field of economic acceptability of debt and the real exchange rate. Last year, Mr. di Bella spoke about the effectiveness of studying and using macroeconomics to investigate and prevent conflicts.
Microsoft Chief Economist Preston McAfee will attend the youth forum for the first time.

Previously, he was an economist at Google. He has also served as a Vice President and Research Fellow at Yahoo! Research, where he led the Microeconomics and Social Systems group, and was the J. Stanley Johnson Professor of Business, Economics, and Management at the California Institute of Technology, where he was the executive officer for the social sciences. He taught business strategies, management economics and introductory microeconomics. In 2014, McAfee won a Golden Goose Award for his work involving auction design.