Major business leaders will speak at Gaidar Forum at RANEPA 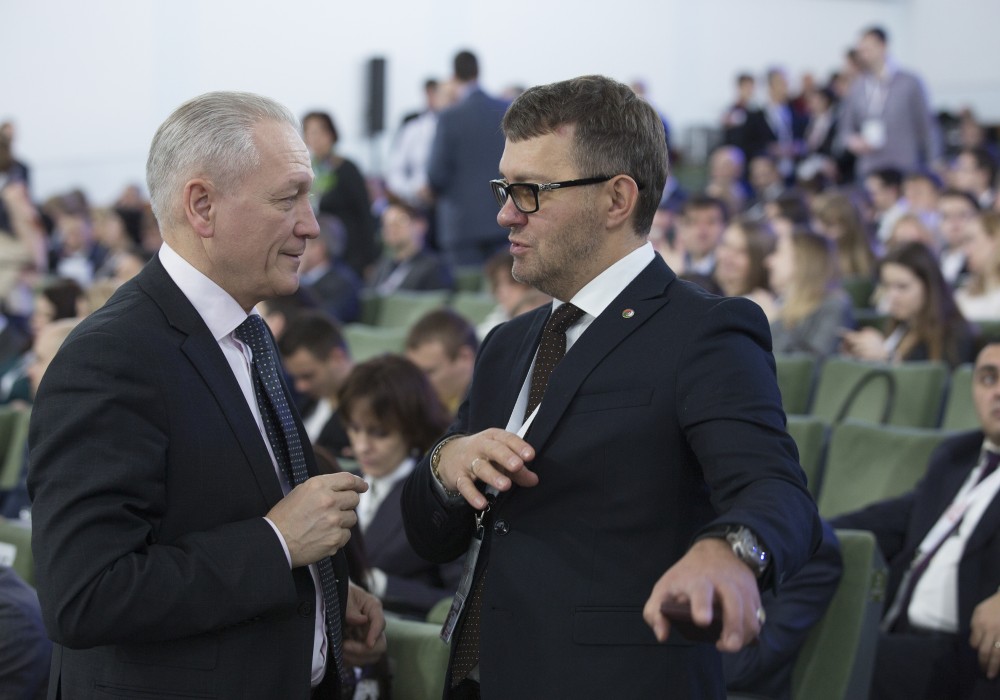 Philippe Pegorier has been President and CEO of the Russian branch of Alstom, the French global leader in rolling stock and equipment for rail transportation, from January 2011. Prior to that, Pegorier served with the French Ministry for the Economy and Finance in Paris, Tehran, Kiev and Moscow and as a diplomatic adviser to the current head of the World Bank, Christine Lagarde, when she was the French Minister of Trade. From 2014 to 2016, he chaired the Board of the Association of European Businesses (AEB), the main representative office of Western investors in Russia, and is now serving as its Deputy Chairman, simultaneously representing MEDEF International in Russia. He is a Chevalier of the Order of the Legion of Honor (France), and has been awarded the Russian Order of Friendship.

Johan Vanderplaetse is senior Vice President and President of Schneider Electric in Russia and the CIS, and Chairman of the AEB Board. He is President of the Russian-Belgian Business Club and Vice-President of the Belgian-Luxembourg Chamber of Commerce in Russia. Johan joined Schneider Electric in 2016. From 2009 to 2016, he served as Vice President for Russia/CIS and Central and Eastern Europe at a large US multinational company, Emerson Process Management. He graduated with honors from the Ghent University Faculty of Law; he also studied European Law at a college in Belgium, and studied Russian at the Pushkin Institute in Moscow.

Juergen Koenig is President and CEO of Merck, a leading science and technology company in healthcare, life science and high-tech materials. Born in Sao Paulo, Brazil, he earned an MBA from the University Fundacao Getulio Vargas in his home city. Since 2013, he has lived and worked in Russia and has more than 40 years of experience in science and technology businesses, the pharmaceutical industry and healthcare institutions. Before joining Merck, he held several leadership positions at BASF in South America and Europe.  He has been Managing Director of Merck Pakistan since 2001; headed Merck Korea and Merck Advanced Technologies since 2008, and also served as an investment promotion adviser in Gyeonggi Province, South Korea.

Cesare Biggiogera is currently heading the Prysmian Group Russia company, which manufactures high-tech cables and systems for energy and communications. Since his joining the company, Prysmian Group has increased exports to the Middle East and Russia. As head of the Russia unit, Biggiogera has implemented a $55 million investment program to expand local production for the company. Prior to that, he served for 12 years as new markets development director and head of export department at Pirelli cables. In 2016 – 2018, he was a member of the AEB Board.

Albert Grigoryan represents the French company Engie in Russia since September 2012. Albert graduated from Yerevan University of Management and International Relations, and later earned a degree from the University Paris 2 Pantheon-Assas. In 1996-1997, he headed the TACIS 95 - EAR 01 project office in Yerevan; from June 1999 to August 2012, held various positions at Gaz de France (Engie since 2015), managing the Russian natural gas supply portfolio for the group and monitoring the Eastern European markets before becoming a leading expert in negotiating long-term contracts for the supply of natural gas from Russia.

Antonio Linares has served as CEO of the Roca Group in Russia and the CIS since 2003. He is a member of the AEB Board. Linares has experience in the financial, legal and tax fields, as well as in logistics and customs issues in Russia and abroad. He also focuses on expanding local production in Russia for his company. He holds an MBA degree from the Polytechnic University of Catalonia (Spain).

The Gaidar Forum, the largest international expert forum that annually brings together those whose advanced achievements influence the socio-economic development of regions and states, will be held at RANEPA from January 15 to January 17, 2019.