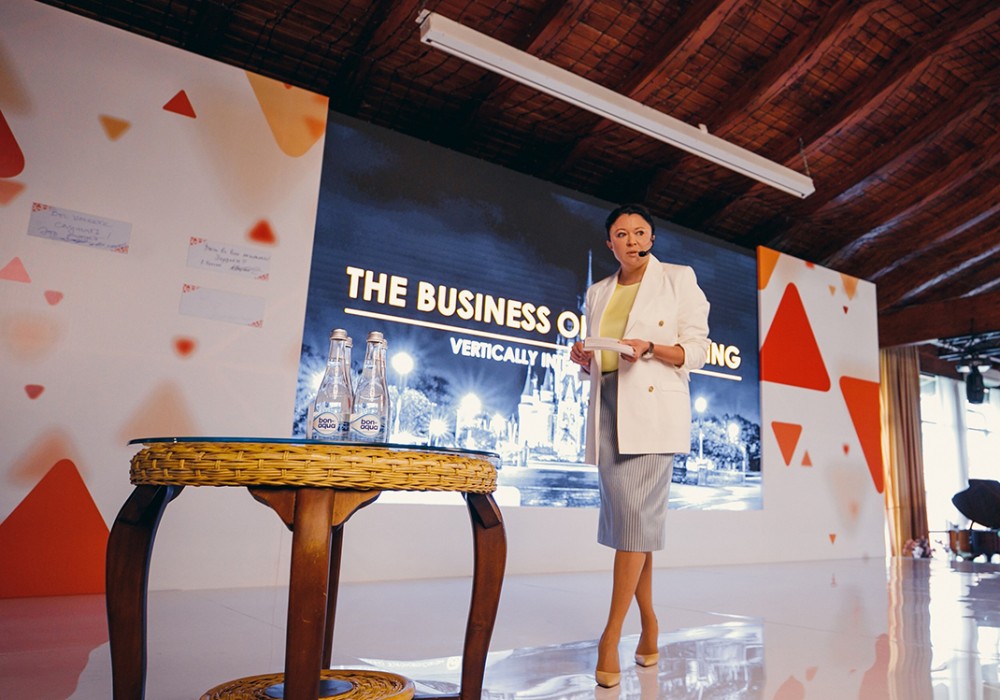 The Participants of the RANEPA Summer Campus learned about the Company's activities in Russia and the CIS countries. The expert spoke about the art of storytelling and conducting business in the industry of "magic and emotion".

The Walt Disney Company today combines several iconic brands with different target audiences: Disney, Star Wars and MARVEL. The main task of the company is the monetization of stories with the scope and scale of the projects being developed. The uniqueness of Disney's business model lies in the fact that the company's stories "live" not only in the movies, series and related licensed programs.

For 8 years the company has been the leader in the film distribution market in Russia and the CIS: from 2006 to 2017, it presented 134 movies in Russia, and the total number of viewers was 271 million people. Such results can be achieved due to the competent organization of the promotion of stories. In addition, the heroes of Disney live not only during the release of motion pictures, but also after: monetization through digital and media distribution, production of licensed consumer products, Disney television channel, concerts, mobile games and much more – all this is an essential part of the company's profits. "The famous Mickey Mouse is a clear confirmation: he is loved by spectators of all ages to this day, and he turns 90 this year!" Marina Zhigalova-Ozkan said.

In Russia, the company is engaged not only in movies distribution but also production of movies. This is the only region, except for America, where movies are produced under the brand name Disney. In 2009, the Russian Disney released the first fairy tale – "The Book of Masters", and in 2017 the second Russian project of the company "The Last Bogatyr" became the highest-grossing Russian movie in history. Marina Zhigalova-Ozkan pointed out that the company has decided to turn to Russian fairy tales as a cultural heritage, but did it in the Disney stile. "Heroes are viewed in a different light, they became modern, strong and inspiring, capable of giving live emotions. The movie contributed to the big increase of interest in Russian folklore," the speaker said.

Marina said that Disney in Russia is the biggest licensor. The company annually produces almost 15 thousand new items of goods in our country.  In total, about 50 thousand goods are produced each year using the characters of Disney, MARVEL and Star Wars. There are 300 licensees among Disney partners, 130 of which are Russian companies that produce goods under the licensed program of Disney at 170 domestic factories.

The uniqueness of the Company is that it does not only cooperate with manufacturers within the licensing model, but also actively works with retail partners. So stories and heroes come into everyday life of consumers. In Russia and CIS, Disney provides support to licensees in 12.5 thousand shops located in 300 cities and towns. There are more than 60 retail chains among the company's strategic partners, including the federal grocery chains Magnit, Auchan, X5 Retail Group, Lenta, as well as the largest children's retailers (for example, Detsky Mir and Hamleys). In addition, Disney Russia has its own creative team to develop consumer goods. It helps licensees to find the best solutions. This applies to many different categories: clothes, food, toys, stationery and much more. Over the past 3 years, Disney has created its own local style guides to perfectly match the tastes of the Russian audience.

The Russian team has achieved such success that global Disney uses Russian style guides and creates products based on Russian developments.

Marina Zhigalova-Ozkan also spoke about unique projects of the company in Russia. One of the major business directions of Disney is fashion, where the company works in a variety of categories ranging from mass market to cooperation with the leading designers. In 2015, on the eve of the release of the feature film "Cinderella" Disney invited leading Russian designers to create outfits for their beloved princess and agreed with one of the most famous fashion venues in Moscow – TsUM – on support. For the first time in history the creations of Russian designers were exhibited in TsUM. Later, all the outfits were sold at a charity auction, the funds from which were donated to support children with various diseases.

At the end of the lecture, the Director General of the Walt Disney Company Russia, CIS, Georgia and Mongolia Marina Zhigalova-Ozkan answered questions from the participants and invited RANEPA students on internship at the Disney Company.