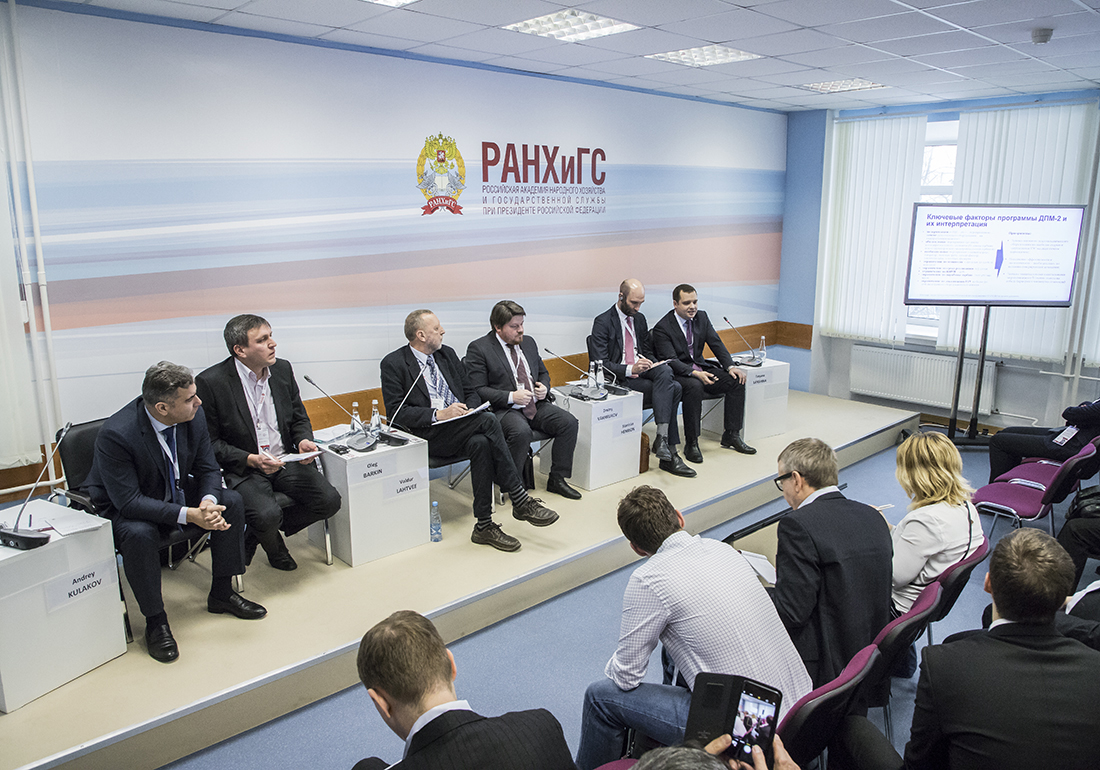 On December 16, at the 10th Gaidar Forum, an expert discussion “Modernization of the Russian Energy Industry and New Global Energy Structure” took place.

The modernization of the Russian economy is certainly among the key topics of discussion of the future of the Russian energy market in 2018. The Ministry of Energy has developed a draft Resolution of the Government of the Russian Federation “On carrying out of competitive power take-off on reconstruction (technical re-equipping, modernization) of thermal electric stations”, according to which investments in the reconstruction of TPP will be invited in Russia in 2021-2030. A micro-generation bill has been developed and supported by the government. The mechanism of support of renewable energy sources (RES) for the period of 2025-2035 was started in the past year. The session is devoted to discussion of topical issues of Russian energy sector development in Russia.

Vladimir Potashnikov, Senior Research Fellow, Center for Economic Modeling of Energy and Environment, RANEPA, said: “In all scenarios of the equilibrium model, coal is forced out, gas is also being strongly forced out, and the share of sun and wind is growing.”

Modern energy trends are in Energy Transition – energy transition from large centralized systems with large stations and powerful networks towards decentralization, distributed energy, emergence of many small stations and storage devices, erasing the boundary between the generator and the consumer, increasing freedom of consumer choice.

According to Oleg Barkin, Deputy Chairman of the Board on Market Development, NP Market Council, the modernization of the Russian energy sector allows for the maximum expansion of the boundaries of the renewable energy support mechanism.

Dmitry Vakhrukov, Director of the Department for State Regulation of Tariffs and Infrastructure Reforms of the Ministry of Economic Development of the Russian Federation: “All trends in the Russian energy sector have three key factors: climatic conditions, cross-subsidization in the energy sector, and the price of electricity for the consumer.”

For the time being, the Russian energy industry as a whole remains apart from the “energy transition”. There are also objective reasons for this: the unified energy system with large stations for decades reliably provided consumers with cheap electricity and heat. The "margin of safety" laid down during the USSR allowed to survive a series of economic crises at the end of the 20th century and continues to keep the industry afloat to this day. The position of conservative experts is understandable – it is hardly reasonable to completely abandon what works well and reliably, to abandon the wealth of our ancestors in favor of new-fangled imported technologies.