HomeNewsNews Neil Osborn in the VII RANEPA Summer Campus: in what sort of world will we live? (MOVIE)

Neil Osborn in the VII RANEPA Summer Campus: in what sort of world will we live? (MOVIE) 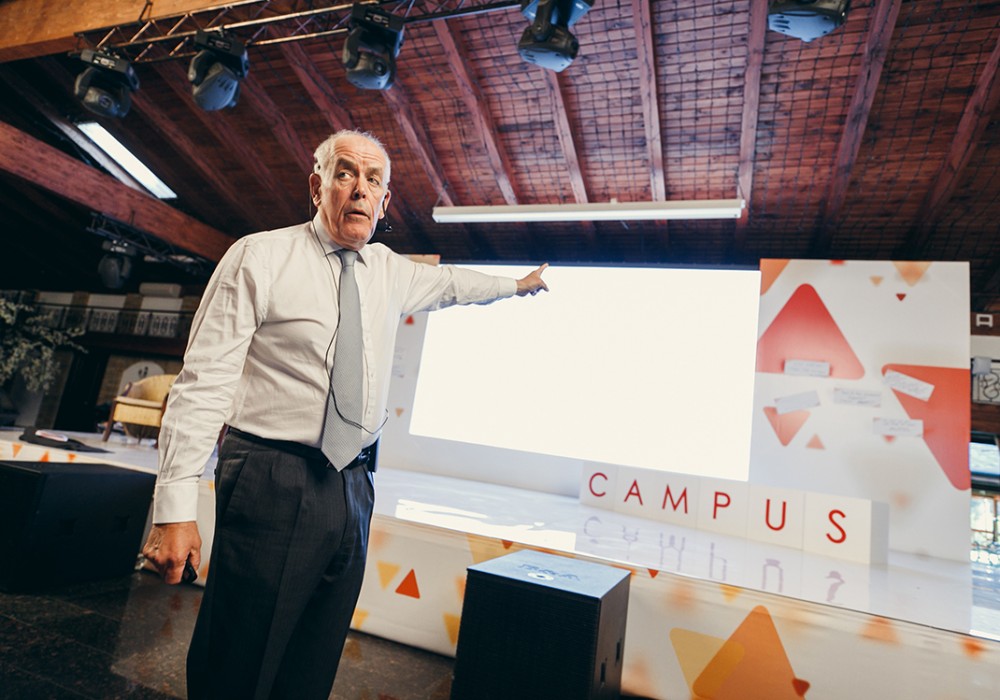 Neil Osborne, Director, Euromoney Institutional Investor PLC, was a guest of the 7th RANEPA Summer Campus. The speaker told about periods of capital flow since 1880, their causes and impact of demographics on the economy.

At the beginning of his speech, Neil Osborn asked the participants about their plans of becoming entrepreneurs, and then suggested to hold the lesson in a conversation format. The expert articulated the concept of capital and traced its flow from the year 1880 till 2015. So, at the beginning of this period, funds were flowing mainly from the Western Europe to America, Japan and Australia. Big money was spent on infrastructure, as the industrialization was well under way. But by 1914 already, the amount of capital was reduced due to the global turmoil – countries were getting their separation.

Mr. Osborne gave data of growth of international bond and stock markets. This happened largely due to lower control over capital flow. In 2015, trends change: investments are directed to the United States, Western Europe, Brazil, and Indonesia. In the United States, Japanese companies are being constantly established; China's economy is growing rapidly.

During this period, medicine also did not stand still: life expectancy increased. Positive results of fighting cancer are obvious: from diagnostics to treatment. The expert traced the influence of demographic indicators on the economy. Using Kensington as an example, he showed the difference between various segments of population (according to the income criterion), stressing that it is growing and it becomes a threat.

Standard of living and average age have a direct impact on consumption, i.e. on economic activity. Neil Osborn compared these figures for Japan and Nigeria tracing the possible implications for both countries. With aging of populations, economic activity in these countries will decline, and Mr. Osborne sees the way out in attracting young migrants.

Participants then discussed the relationship between China and the United States, they noted the competitive development of the economies of these countries, as the struggle for the best minds, education and technology is obvious. China is very ambitious in this respect, Neil Osborn believes: not so long ago China was still a poor country, but in just a few dozen years they managed achieve a lot (new roads, cities, transport, etc.) However, in the long run, you can see the increase in the average age of the population of China, which could slow down the economy.

At the end of the lecture, the expert held a small session of elevator speech: in a short time, the participants told about their projects they were working on at the RANEPA Summer Campus, and gave arguments as to why one should invest in them.