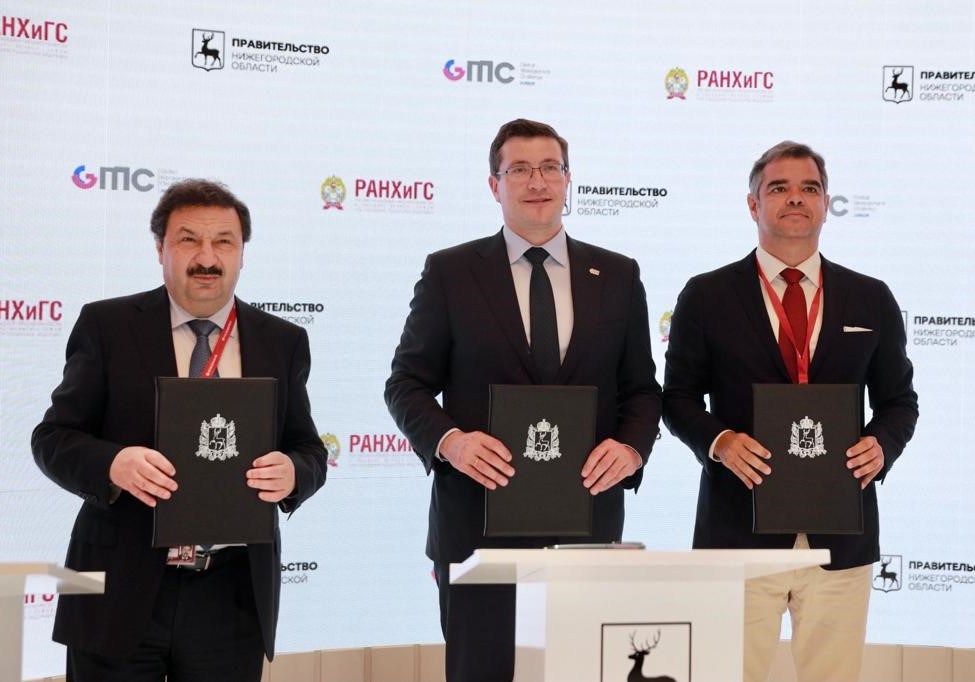 The finals of one of the most prestigious international management championships, Global Management Challenge (GMC), will be held in Nizhny Novgorod in September 2021. The agreement was signed at SPIEF-21 by RANEPA Rector Vladimir Mau, GMC Executive Director João Henriques, and the Governor of Nizhny Novgorod Region Gleb Nikitin.

Global Management Challenge is a major interactive educational program based on a comprehensive computer-based training model (business simulation), which simulates managing an industrial company in a highly competitive global market. The Championship was founded in Portugal in 1980 and over 750 thousand people have taken part in it to date. Over 30 thousand participants compete each year for the title of the world’s best management team. The Russian national team won six Global Management Challenge finals, confirming high quality of Russian business education.

The Presidential Academy has been organizing the Russian national stage of the championship since 2006. The event is supported by the Agency for Strategic Initiatives (ASI). Global Management Challenge takes place in Russia as a system of multi-level competitions – at the University, corporate and regional levels. The winners compete in the national finals. The biggest University championship is held at RANEPA. As many as 2,000 students and faculty participate each year, divided into 500 teams.

Each year, around 7,000 young professionals and students compete to maximize the investment appeal of their virtual companies. According to the competition rules, the winning country gets a priority right to host the finals of the championship in its territory. Russia hosted the Global Management Challenge world finals three times already. First in Khanty-Mansiysk in 2010, then in Sochi in 2014, and finally in Yekaterinburg in September 2019. This year it was decided to hold the national and world finals of the championship in Nizhny Novgorod.

During SPIEF-2021, RANEPA and the government of Nizhny Novgorod Region also signed a bilateral cooperation agreement to assess the competencies of existing regional managers and testing the public administration transformation practices in Nizhny Novgorod, which can further be scaled and applied throughout the country.