HomeNews On the road to BRICS summit in Xiamen. How BRICS comply with summits decisions?

On the road to BRICS summit in Xiamen. How BRICS comply with summits decisions? 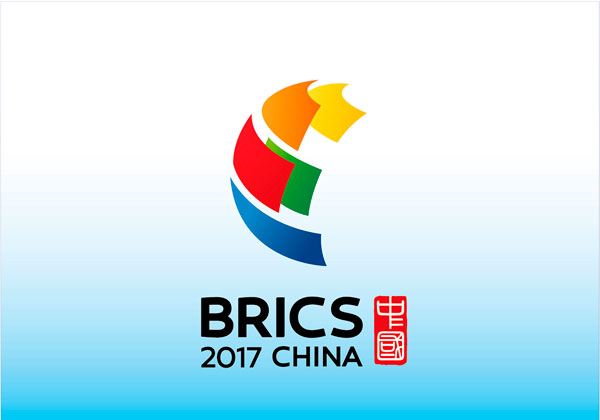 On 3-4 September 2017, the 9th BRICS Forum will be held in Xiamen under China’s chairmanship. Since its creation, the forum’s activities have been drawing international attention and provoking harsh disputes. The BRICS’ sceptics treat the organization as a mere platform for interests’ coordination and not a full-pledged institute of global governance. Others question its credibility and expect the forthcoming collapse appealing to the BRICS countries’ economic and civilizational discrepancies. However, the analysis of recent BRICS activities proves that the organization has actualized as informal institute of global governance allowing its members to strengthen, expand and deepen spheres of cooperation, coordinate efforts to ensure economic recovery and growth and promote development of all countries in the world.

By now the BRICS leaders have adopted 406 concrete commitments[1] in 12 spheres of cooperation ranging from macroeconomics and finance to climate change and education. Moreover, since BRICS’ creation more than 160 meetings were held in different formats with more than 50 documents adopted and a broad range of working bodies, contact groups and other mechanisms created.

The performance on priority commitments is high[2]. In Sanya 2011 it reached 74%. The Deli summit in 2012 displayed the level of 64%. The Durban summit returned to 75% as it was in 2011. The Fortaleza summit in 2014 ended with 70%. The average level of the Ufa summit was 78%[3]. The interim results for the Goa summit reach the same level but can improve after the final assessment in September.

The compliance results for the 2016 Goa summit prove the positive dynamics of the last three years’ performance and general institute’s development. In Goa the leaders reiterated their determination to use all policy tools – monetary, fiscal, and structural, individually and collectively, to achieve the goal of strong, sustainable, balanced and inclusive growth. On energy they expressed support for a wider use of natural gas as an economically efficient and clean fuel.

They agreed to strengthen joint efforts to enhance security in the use of ICTs, combating the use of ICTs for criminal and terrorist purposes and improving cooperation between technical, law enforcement, R&D and innovation in the field of ICTs and capacity building institutions. Last but not least they reaffirmed commitment for cooperation among health and/or regulatory authorities, with a view to share best practices and discuss challenges, as well as identify potential areas for convergence

Except for regional security commitment, the interim level of compliance in 2016 was high. The members reached the average level of compliance equal to 78%[4]. The maximum level was demonstrated in macroeconomic sphere (support for better incorporation of MSME into regional and global value chains) and E-commerce. The full compliance on these commitments proves the countries’ willingness to support economic growth and search for its new sources. The compliance score in the spheres of information exchange for tax purposes switch to natural gas as economically efficient and clean fuel and bridging digital divide between developed and developing countries (ICT) also reached 90%. The level of 80% was achieved in international cooperation against corruption.

Compliance score in regional security commitment was the lowest – 30%, almost the same as in previous years. This trend is defined mostly by the lack of actions from Brazil and South Africa (both demonstrated negative compliance) which do not consider the Afghanistan problem as a threat to national security. Also this commitment does not imply interior actions by the member countries but aims at local government’s capacity building to settle the security issue. These factors confine available instruments.

The general trend shows that BRICS countries demonstrate high willingness to implement approved decisions in macroeconomic sphere. Considerable results are also achieved in other spheres that constitute the core of BRICS agenda – development and fight against terrorism. Moreover, BRICS countries demonstrate high level of compliance in a relatively new sphere - information and communication technologies. The ICT issues, innovations and digital economy take the front side of BRICS agenda and become the core of agenda as well. All in all, BRICS continues its development as an important forum of global governance that produces collective decisions on key issues of socio-economic development.

The RANEPA Center for International Institutions Research in cooperation with the University of Toronto annually prepares two BRICS compliance reports: interim and final. The final results will be released on the eve of the summit in Xiamen.

Notes
1.    A commitment is defined as a discrete, specific, publicly expressed, collectively agreed statement of intent; a promise by summit members that they will undertake future action to move toward, meet or adjust to an identified target. [Kirton et al., 2014]
2.    Compliance is understood as national governments’ actions geared toward the domestic implementation of the necessary formal legislative and administrative regulations designed to execute summit commitments. Compliance is assessed according to the criteria of official reaffirmation of a summit commitment, internal bureaucratic review and representation, budgetary and resource allocations made or changed, and new or altered programmes, legislation and regulations.
3.    The methodology uses a scale from −1 to +1, where +1 indicates full compliance with the stated commitment, −1 indicates a failure to comply or action taken that is directly opposite to the stated goal of the commitment, and 0 indicates partial compliance or work in progress, such as initiatives that have been launched but are not yet near completion and whose final results can therefore not be assessed. Each member receives a score of −1, 0 or +1 for each commitment. For convenience, the scientific scores reported in the tables in this summary have been converted to percentages, where −1 equals 0% and +1 equals 100 The formula to convert a score into a percentage is P=50×(S+1), where P is the percentage and S is the score.
4.    The report covers actions on ten commitments taken by the BRICS countries during the period from 17 October 2016 to 31 March 2017.