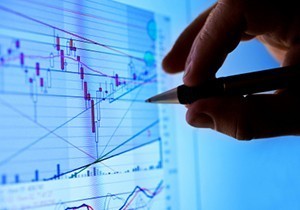 Monitoring has been written by experts of Gaidar Institute for Economic Policy (Gaidar Institute), Russian Presidential Academy of National Economy and Public Administration (RANEPA) and Russian Foreign Trade Academy of the Ministry of Economic Development of Russia in partnership with the Association of Innovative Regions of Russia (AIRR).

The disappearance, from all the recent forecasts, of the threatening figure 25 (meaning ‘$25 per barrel’, which seems to have remained only in the Bank of Russia’s stress scenario), coupled with a noticeable slowdown of inflation, had a most favorable effect on the general spirit and outlook of officials, businesspersons, and experts alike. Even the Bank of Russia has finally given in - in a positive sense of the word - although it is not promising to further reduce its key rate. Against this optimistic background, only the RF Ministry of Finance has been displaying a predominantly skeptical attitude, by its recurring sober reminders that Russia’s reserve funds are not like Honore de Balzac’s la peau de chagrin, and so cannot be stretched indefinitely.

However, the revival of a moderately optimistic outlook may serve, most likely, as a negative incentive that will preclude a serious discussion of the much-needed structural changes and the introduction of any relevant measures designed to bring about such changes. Anyway, any such attempts have been planned for ‘the period after 2018’. Moreover, the recent talks at the President of the Russian Federation’s Economic Council Presidium’s meetings were evidently less than encouraging, as the authorities gained neither determination nor decisiveness. And given that ‘the indicators are improving’, one can hardly expect that this small ‘situational’ benefit may indeed urge them to set out on a quest for any ‘fundamental’ benefits.

The Gaidar Institute’s recently released macroeconomic forecast for 2016–2018 also offers some relatively positive estimates of the developments in Russia’s economy, but it is by no means overoptimistic. It relies on only two scenarios (basic and optimistic), the first one implying that the price of oil will stay at $ 40 per barrel over the entire forecast period, and the second one hoping that it will rise from $ 45 to $ 60 per barrel. The forecast’s authors believe that the lowest point of the crisis will be reached somewhere around mid-year, and then, from H2 2016, we will observe stabilization, or even economic growth. Practically every possible scenario is oriented to GDP growth in 2017–2018, ‘if no sharp plunge of oil prices is envisaged’ – the latter course of events not even being considered as a possibility in the forecast. However, it is emphasized that a stably positive growth rate is unachievable before 2018. It cannot be achieved due to the low investment activity and the slow recovery of retail turnover, because over the next two years retail consumers will remain passive.