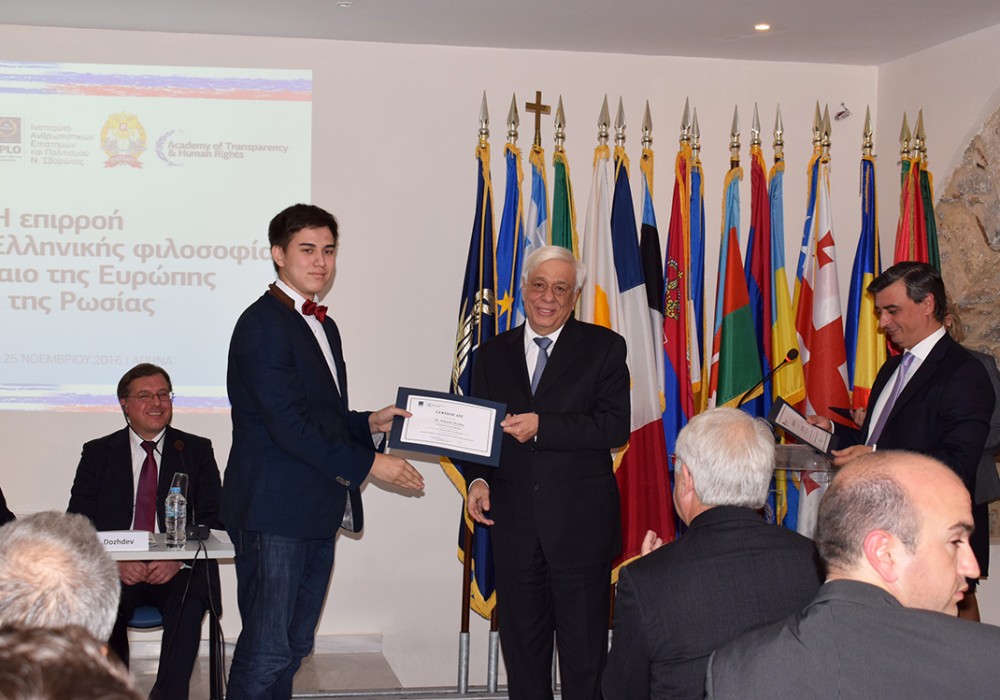 President of Greece, Honorary Doctor of Law at RANEPA, Prokopis Pavlopoulos has presented certificates of the Introduction to International Law and Diplomacy internship program to students of the RANEPA Institute of Law and National Security (ILNS).

The certificates ceremony was held during the international conference, The Influence of Greek Philosophy on the Development of Law in Europe and Russia, organized by ILNS and the European Public Law Organization (EPLO).

In his address to the students, the Greek President said: “In today's reality, it is especially important to be familiar with international law, with international relations and the work of major bodies of international organizations, such as the UN Security Council.” The President stressed the high level of the lectures and the organization of internship, and especially noted the excellent abilities and activity of RANEPA students. He also expressed hope for further cooperation in education and research. 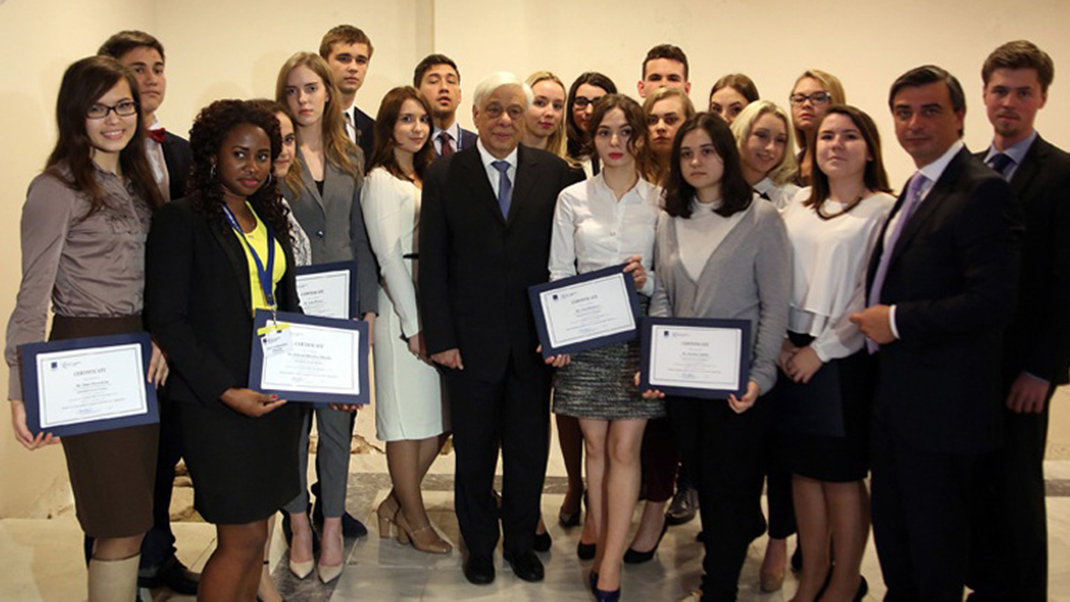