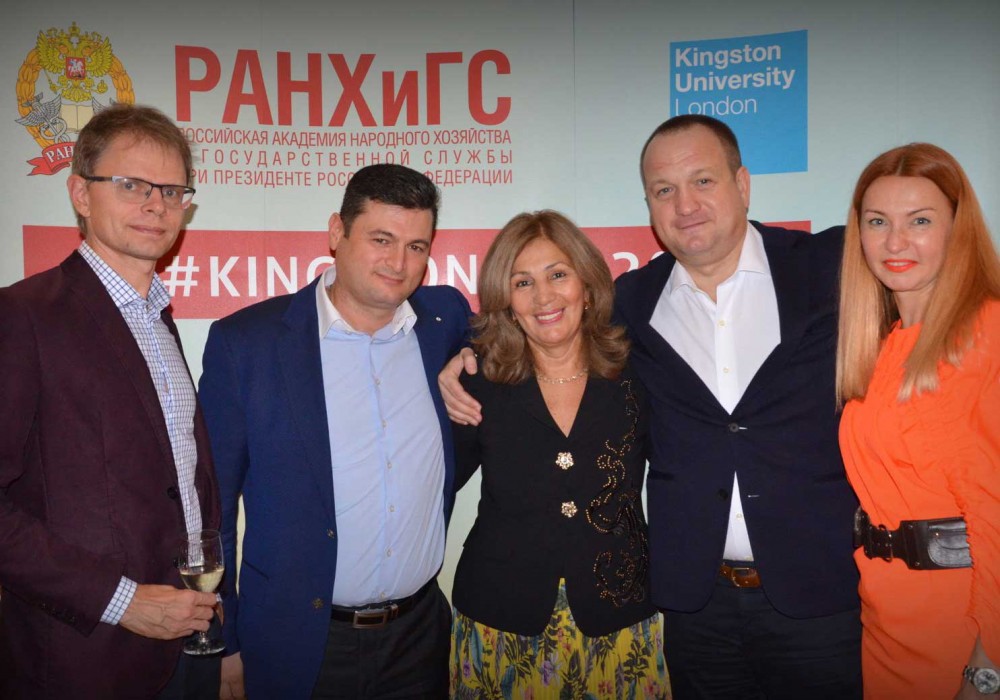 A gala night was held at the Marriott Grand Hotel dedicated to the 20th anniversary of cooperation between RANEPA and Kingston University (London).

The holiday gathered graduates of different years, who came from different cities and countries. The founders and managers of the program also attended: Margarita Perepelitsa, Dean of the Faculty of International Educational Programs of RANEPA Institute of Social Sciences (ISS); Robin Matthews, Professor of the School of Business at Kingston University; and Abel Aganbegyan, First Academic Director of the Program, full member of the Russian Academy of Sciences. Representatives of the international organization AMBA, engaged in accreditation of business schools and MBA programs George Iliev and Elena Zubkova also participated in the event.

Other participants included this year’s graduates, in particular from the corporate program for the Takeda pharmaceutical company, as well as current students, many of them winners of the Leaders of Russia competition. Due to combination of different generations of students and graduates the program maintains the continuity of traditions and the special “Kingston spirit”. Each participant knows what important and deep content is substantiated by the Made in Kingston brand. 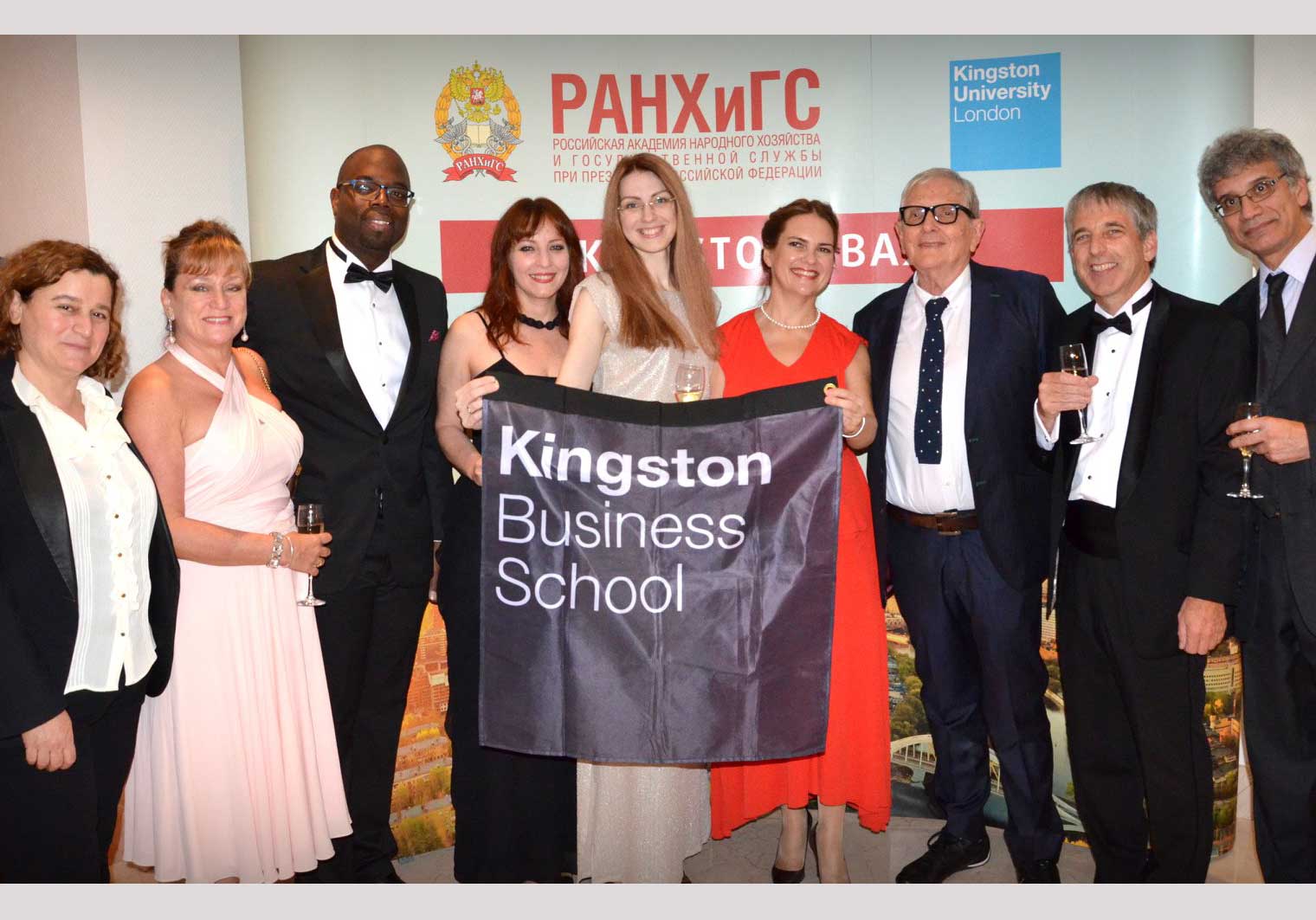 Margarita Perepelitsa, Robin Matthews and Abel Aganbegyan made welcoming speeches. Georgy Iliyev, Kingston EMBA graduate Dmitry Stapran, the winner of the Leaders of Russia competition, and many other guests also congratulated all those present on the anniversary. Everyone else was invited to share their memories and emotions during the entire night in the open mic format.

The evening continued with music performances by graduates, dance battles and a full-on party with the Friends cover band.

The participants thanked the leadership of RANEPA/Kingston program, and wished them success and new achievements by the 25th anniversary. 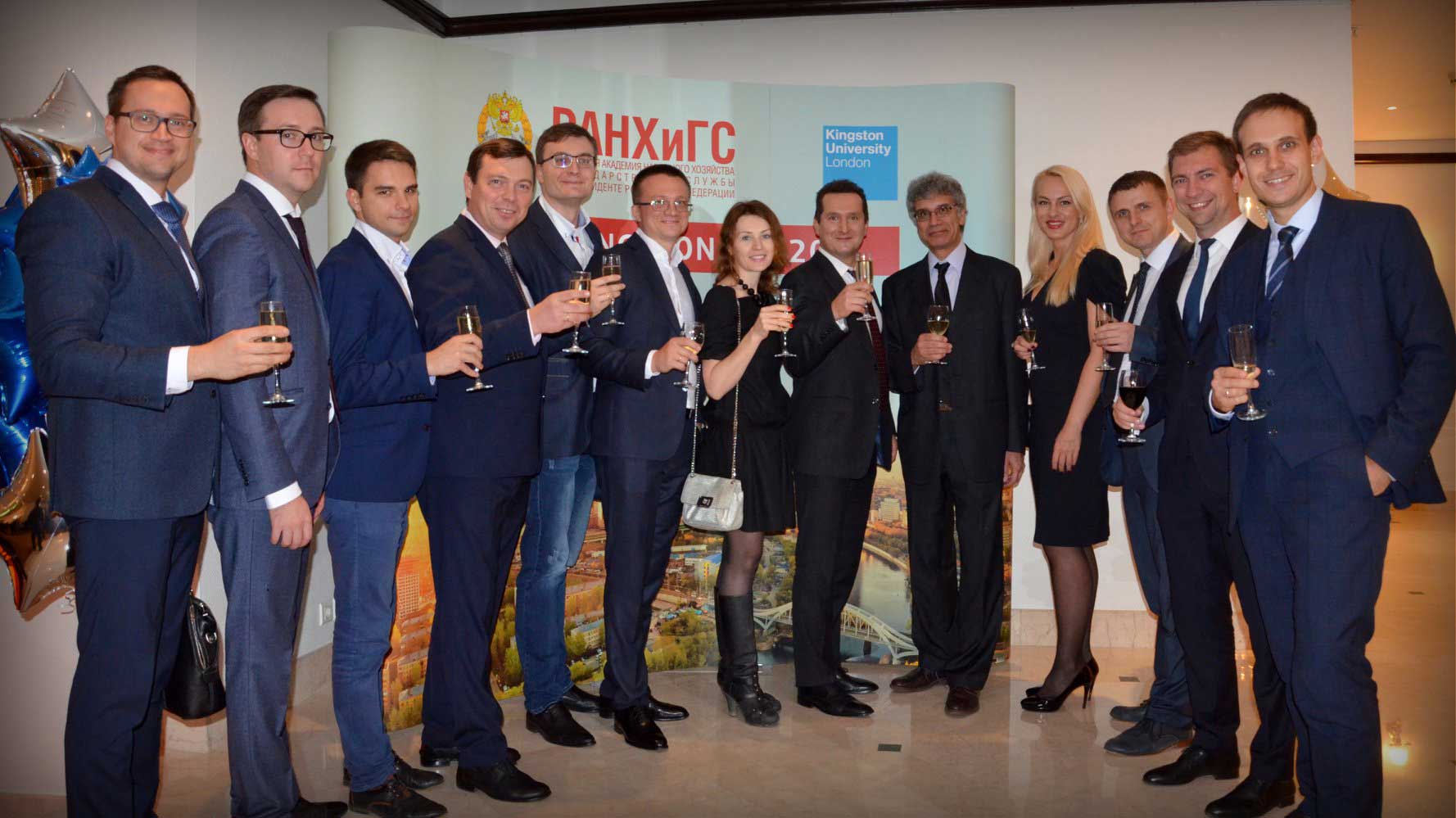