The Russian Presidential Academy of National Economy and Public Administration (RANEPA) and the Fresenius University of Applied Sciences (Munich) have presented joint student projects prepared over the past six months. The RANEPA team won the competition.

International student projects are part of the cooperation agreement between RANEPA and Germany's largest private university. The RANEPA Faculty of Economic and Social Sciences (FESS) is implementing a joint project with the German university to develop a chain of children's stores in the Baltic States and Poland. The work is fully financed by Korablik company, which runs a chain of 190 stores.

Under the project, the FESS team of Bachelors and Fresenius University Masters conducted research work on sites in Munich and Moscow for a year. The final stage of project presentation took place at the Presidential Academy. A high-ranking German delegation arrived together with the student project group; it included President of the University Dr. Tobias Engelsleben,    Authorized Officer of the Berlin, Cologne, Dusseldorf, Hamburg and Munich locations Dr. Stefan Wiedmann, and head of the University's Munich branch, Dr. Ludwig Hinkofer.

During a three hour-presentation, groups of students from Fresenius University and RANEPA defended their completed projects. The work was accepted by Korablik Retail Director Paul Richter. He highly appreciated the quality of the student projects and gave preference to the RANEPA team. 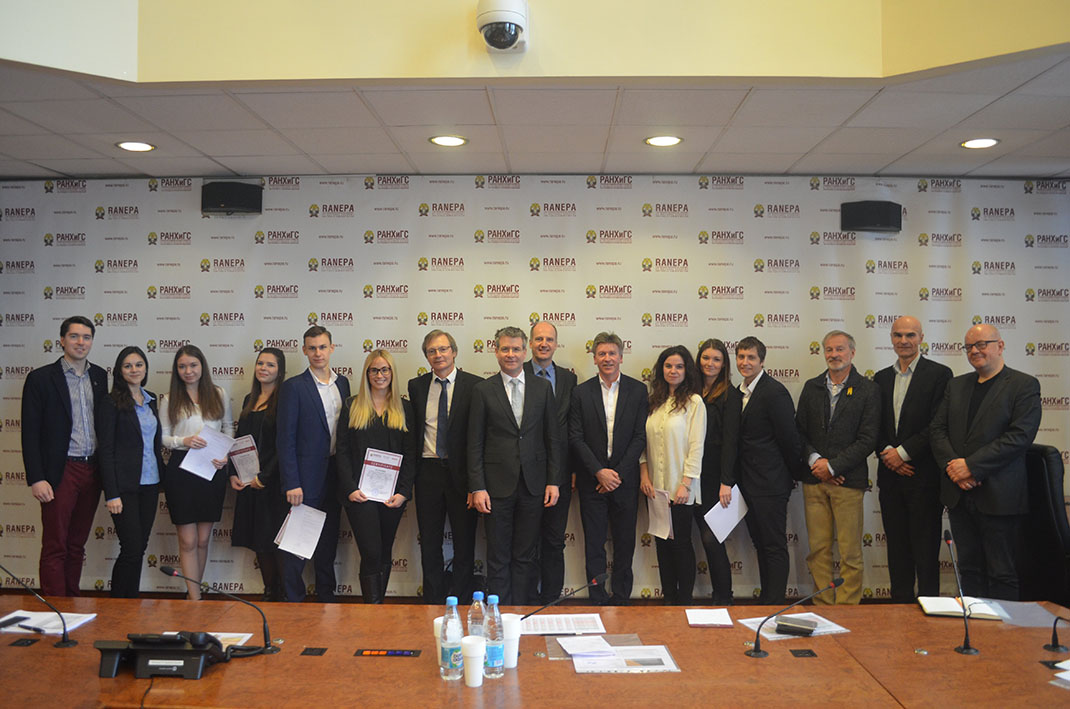