HomeNewsNews RANEPA graduates at the top of Elbrus again

RANEPA graduates at the top of Elbrus again 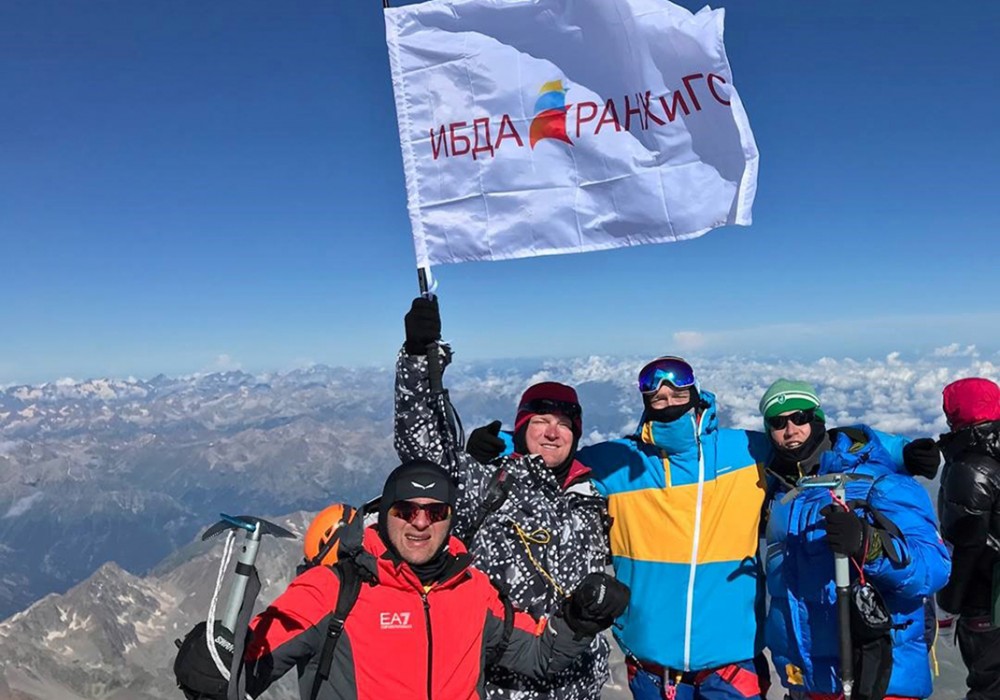 Graduates of the MBA program of the Institute of Business Studies (IBS) of the Russian Presidential Academy of National Economy and Public Administration (RANEPA) have climed Mount Elbrus, with the IBS Moscow flag once again fluttering on the highest mountaintop of Russia and Europe.

The tradition of climbing Elbrus is timed to the 30th anniversary of the IBS. It is a symbolic event, meaning the business school has been at the top of business education for three decades.

RANEPA graduates have once again proved that they are the best. Alexander Merzlikin, Sergei Stepanenko, Vadim Ivanov, and Yevgeny Zhestkov have showed endurance and determination to hoist the IBS Moscow flag at a mark of 5,642 m above sea level, conquering Elbrus, one of the tallest peaks of the world, despite the bad weather.