RANEPA hosts conference on global challenges for G20 and BRICS 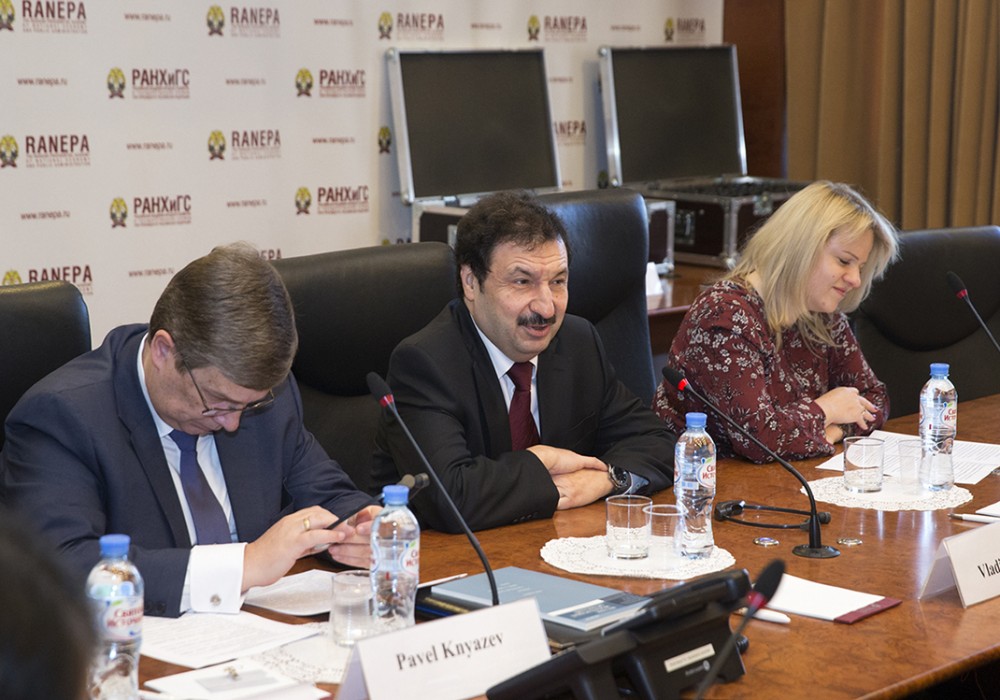 On October 25, the Presidential Academy of National Economy and Public Administration (RANEPA) convened an international workshop and conference devoted to the global challenges facing two major international organizations, the BRICS and G20. The conference title, G20 and BRICS: New type of global governance institutions, outlined the current priorities for the two international groups – to overcome the crisis and stimulate economic growth.

RANEPA Rector Vladimir Mau noted at the opening meeting that it is an important international cooperation milestone for the Academy: “This conference has raised one of the major issues that will shape the economic and political agenda for the next quarter of a century.” One of the most important challenges of our time is the conflict between the national and global regulation of the markets and the lack of a global governance system – a fundamental controversy that will take a long time to resolve, he said. “No one knows what we will build in the long run, a global government or a global regulator. The answer is unlikely to be found in the near future. As for the G20, the global governance mandate is most important for that institution. I would like to wish all participants success in solving this intellectual problem,” Dr. Mau concluded.

In her welcome address, Russian Sherpa to the G20 and Deputy Chief of Presidential Experts’ Directorate Svetlana Lukash spoke about the problems the G20 is facing.

There is no point in playing off the format of the two groups – the G20 and the BRICS – one against another, the expert noted. “These two forums should be partners and should generate added value for the benefit of the whole world. So far, we have not found a way for the two groups to complement each other on the political level, but on the level of expert partnership, we can still discuss ways of cooperation,” she said.

Deputy Director of the Foreign Ministry Department for Political Planning, Russia's BRICS Sous-Sherpa Pavel Knyazev confirmed the words of the previous speaker: “To a certain extent, this partnership already exists. Both groups were born out of the need to coordinate economic approaches amid the crises plaguing the global economy.”

The conference was attended by representatives of the BRICS Research Group and the G20 Information Center. The event brought together experts from Australia, Canada, China, India, South Korea, Turkey and other countries, representatives of international organizations and diplomatic missions.