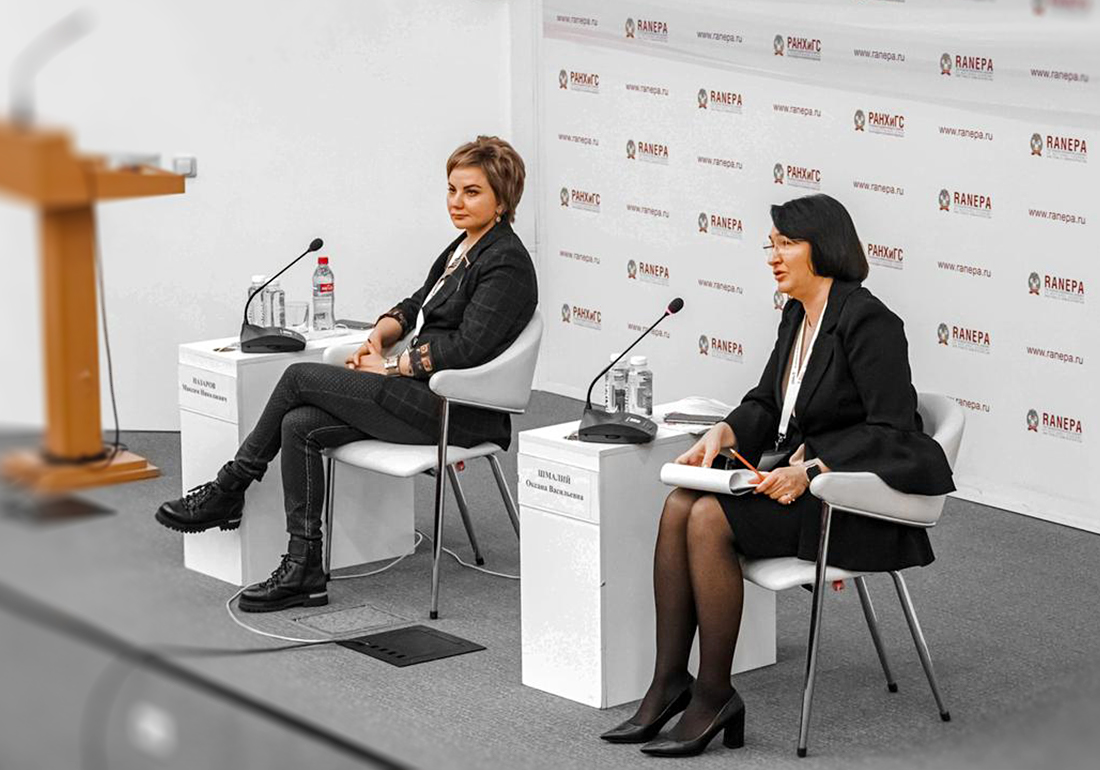 RANEPA Institute of Law and National Security (ILNS) has held an international conference on Integration of Science and Education in the Digital Transformation Context. The participants discussed a wide range of aspects of research and education, and interrelation between them in the digital era. The meeting, held in a hybrid format, honored the Year of Science and Technology project announced by the President, as well as the 100th anniversary of the Academy.

The conference included 17 sessions, a plenary meeting and dozens of round tables held over the course of three days. Its goal was to outline productive strategies for integrating research and education into a global innovation process.

The plenary session took place on the first day of the conference. Taking part in the meeting were First Deputy Chair of the Federation Council Committee on Constitutional Legislation and State Building, Professor Irina Rukavishnikova; Honorary Retired Judge of the Constitutional Court Nikolai Bondar; Chief Researcher at the Russian Academy of Sciences Andrei Gabov; and Leading Researcher at the Russian Academy of Sciences Vladimir Pligin. The participants discussed ways to train a new kind of specialists capable of quickly developing new digital skills and implementing digital projects.

The Anti-Corruption Research and Training Center at ILNS RANEPA hosted a session on Digital Transformation in Anti-Corruption Compliance. The speakers included representatives of the Ministry of Labor, the Russian Union of Industrialists and Entrepreneurs, Mobile TeleSystems, ANO Platform ZaBiznes, Russian Railways, and Higher School of Economics national research university. The participants discussed issues related to the implementation of the National Plan for Countering Corruption for 2021–2024.

The event also included a round table, The 2020 Constitutional Reform and Development of the Russian Theory of Law and State, attended by employees from the Maltsev Department of Theory of State and Law at ILNS RANEPA, as well as representatives of leading research and educational centers. The participants focused on public authority and constitutionalism in the context of the 2020 amendments.

The conference participants and experts agreed that higher education providers should focus on developing hybrid digital specialties in the labor market. For this purpose, they should build relationships between research, practice and education, government and business within a broader national innovation framework.

“Russian and foreign participants at the conference had a chance to exchange knowledge and experience, and consider the best practices in the digital transformation of education and science,” ILNS Deputy Director Oksana Shmaliy said.