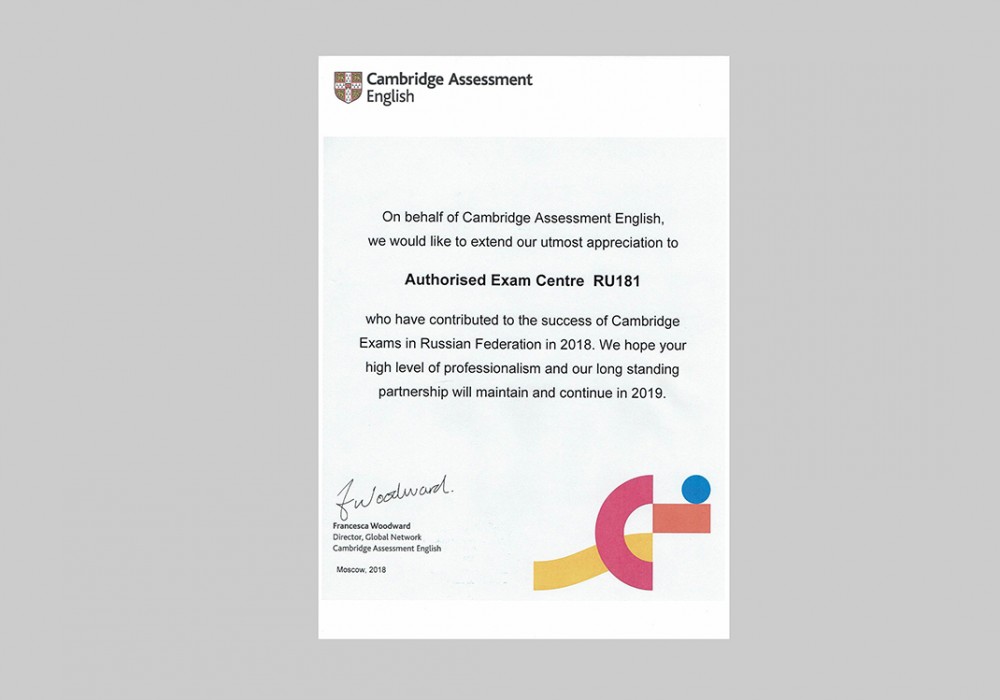 Anna Lipina, Director of the Cambridge certification center, Head of the Department of English at RANEPA Faculty of Economic and Social Sciences (FESS), represented RANEPA at the conference, which brought together over 100 directors of similar certification centers.

Francesca Woodward, Global Network Director at Cambridge Assessment English, praised the successful integration of the Cambridge Assessment Standard into RANEPA’s educational programs. She noted the certification center’s significant contribution to teaching English at the Presidential Academy and pointed out that fluency in English gives RANEPA students undeniable advantages for successful employment. “The world-recognized Cambridge certificates give RANEPA students and graduates an expanded choice of further education and career”, - she emphasized.

During the conference, Cambridge ESOL manager for Russia Yelena Markova presented the results of a study that recorded a significant increase in the level of English proficiency in the Russian Federation. “A few years ago, Russia was inferior to almost all European countries in the level of teaching and learning English, and now it is ahead of many of them, including such countries as France or Italy”, - Dr. Markova explained. She also noted an increase in positive attitudes towards foreign languages ​​not only from the younger generation, which travels and communicates more, and uses the internet, but also from the authorities.