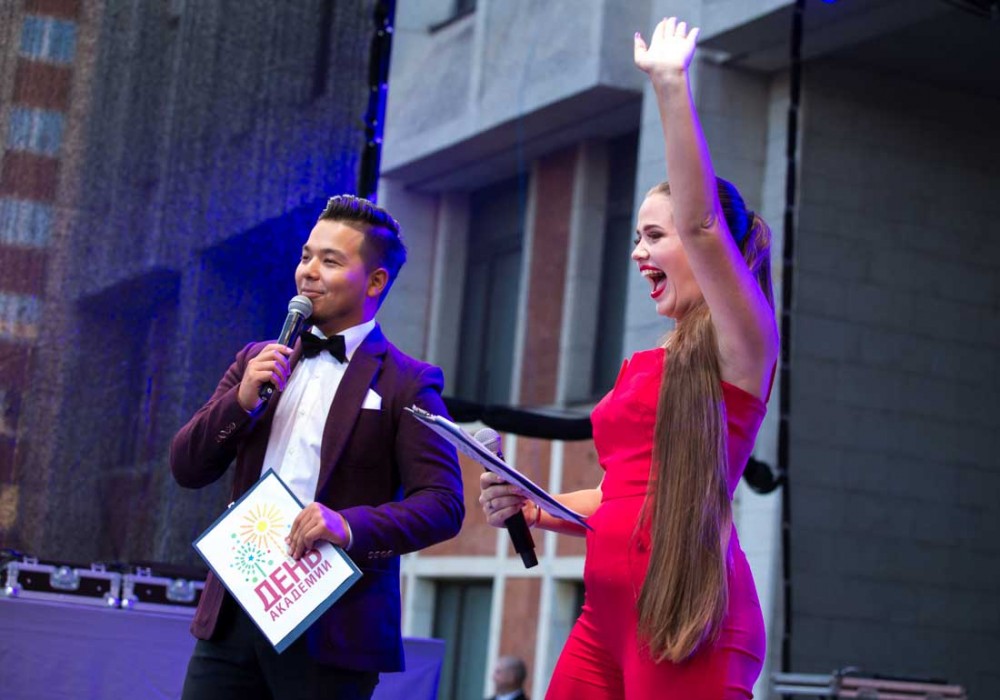 On September 20, RANEPA held the Academy Day – a bright festival to mark the school’s anniversary close to the date it was established. The festivities embraced the academy’s Moscow campus as well as its regional branches across Russia.

What could be more interesting than cooking delicious meals together in the open air? Two teams competed in the Kitchen Trucks Battle – an event that opened the Academy Day – students and faculty (16 in each group). This was something never seen before. After the draw, the student team, the President’s Culinary Works, was to make chicken soup and potatoes with sausages. The professors – the Alma Mater Group – were to cook borsch and buckwheat oats with canned meat.

All the painstaking efforts were crowned with a real feast – many people wanted to taste the meals the contestants made. The public gladly helped themselves to the food appreciating each team’s skills and efforts invested.

The jury members gave professional advice to the participants and praised their creativity. All those who tasted the food also voted. The faculty team won with 117 votes against 100 for the students. All the cooks received special certificates and gifts during the awards ceremony – stylish orange backpacks with the Academy logo.

A sports competition took place where the participants’ body strength and healthy lifestyle were evaluated. The winners received certificates and prizes, and the best of the best were awarded in the evening by RANEPA Rector Vladimir Mau.

The Freshman Soccer Cup took place on the campus pitch among the four strongest teams that won the qualifications matches on September 18 and 19. The Cup went to the Institute of Law and National Security for a second year in a row, leaving the silver medals to the Institute of Social Sciences (4:1).

The students loved the wonderful Photocar – a car equipped as a photo studio. Anyone could get beautiful pictures in less than a minute, capturing the day and themselves as a souvenir. Many students preferred to be photographed in groups. The beautiful design of the pictures pleased them even more. Making unique memorable coins with RANEPA logo has already become traditional for the Academy Day. Anyone could stamp a coin, keep it or give as a gift.

In the evening, Rector Vladimir Mau greeted the crowd: “I congratulate you all on the Academy Day, especially the freshmen participating in this traditional celebration for the first time in their lives. I would also like to take this opportunity to congratulate the nine regional governors who won the first round of elections – they are all graduates of the Academy.”

“Mind, this is a hint that one needs to make the right choice of school and one needs to work hard here. Congratulations! I wish you a fun student life and excellent studies, and believe me, these two things are perfectly compatible!” the Rector added.

The day ended with a gala featuring guest star musicians the students chose through a VKontakte vote. Malbek & Suzanna, and HammAli & Navai truly rocked the crowd.