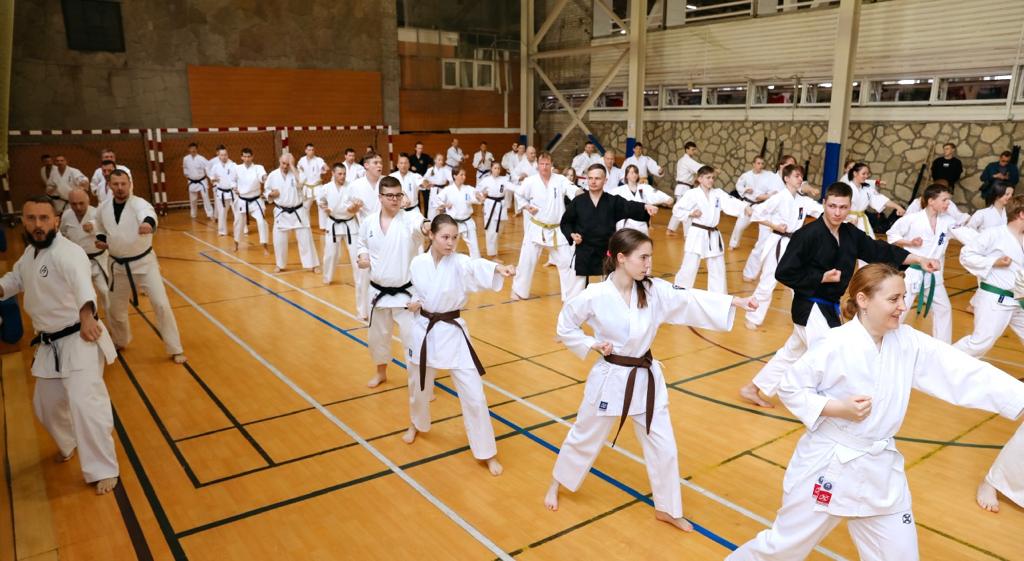 The new center opened at the Presidential Academy’s Department of Physical Education and Health. It offers three programs for RANEPA students and staff: Okinawan karate style, Japanese kor-yu and yoga.

Executive Director of the Center Anton Golukhov said the purpose of the project is to strengthen participants’ health, support their harmonious and comprehensive development, and foster patriotic, spiritual and moral values.

In order to expand and strengthen inter-university sport ties, Alekseyev Sports School hosted a workshop on Okinawan Karate: Shorin-ryu, supported by the Russian Union of Martial Arts divisions in St. Petersburg and the Leningrad Region. The workshop, attended by RANEPA students and union members, was the first event in the series marking the opening of the Center.

The Moscow masters of martial arts who led the workshop are winners of international martial arts competitions and festivals who have done many years of internship and have personal certificates from leading masters in Japan. RANEPA students, members of the Russian Union of Martial Arts from the Kobudo Federations of St. Petersburg and the Leningrad Region took an active part in the event.

These techniques will help students in further learning martial arts and participating in Kobudo competitions.