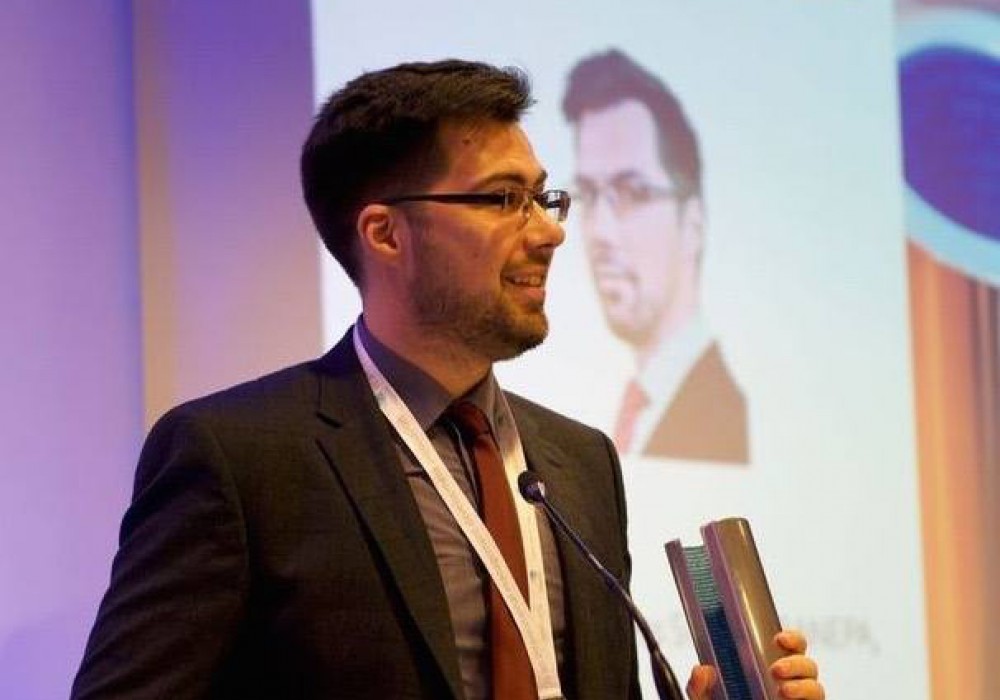 RANEPA IBS is a member of CEEMAN. Daniil Muravsky won this year’s award for introducing an innovative format for the International Markets Analysis course in 2018 in response to the difficulties students experienced in matching the solutions to Russia's social and environmental problems with the needs of the market and individuals. This course is intended for third-year students of International Relations and Foreign Regional Studies.

The CEEMAN Champion Awards are usually given to corporate social responsibility course instructors, researchers, and social entrepreneurship practitioners. Yet, this year, it went to Daniil Muravsky, a marketing professor at RANEPA. In his speech at the CEEMAN conference dedicated to the 25th anniversary of the association, he explained how it happened and suggested how his experience could be of use to universities that seek to foster responsible management education.

At RANEPA IBS, Professor Muravsky uses games in training because gamification can significantly increase the level of student involvement. The basics of game design require an “epic” goal that would turn the training course into something more than the sum of the current control points. Therefore, he integrated generating reports and events related to environmental safety, green technologies and the challenges of limited mobility people in his course as the kind of game goal.

Getting interested and involved in the game, his students learn or practice socially responsible behaviors. The International Markets Analysis course requires students to collect stamps on their “Green Card,” which are earned for debating of alternative points of view on environmental issues, for formulating profound questions to other teams’ presentations and other individual interactive tasks. Seeking to collect a full set of stamps, his students worked independently on multi-dimensional problems and reached consensus on discussion questions.

Senior Lecturer at RANEPA, Ph.D. (Economics) Daniil Muravsky described the courses delivered as “small projects” that help realize the importance of social problems and responsible management practices. In his opinion, it is sometimes enough to spend time to introduce such important aspects in educational courses, even those seemingly unrelated to management ethics. This gives students a chance to become interested in the role of social problems and solutions.

This year, RANEPA IBS plans to review International Relations as a Career course for first-year students based on the same concept. Games and simulations will help the students choose career paths for their avatars and understand the implications of that choice for themselves and society. The results of the new methodology will be presented next year at the 27th CEEMAN Conference at the invitation of the conference organizers.