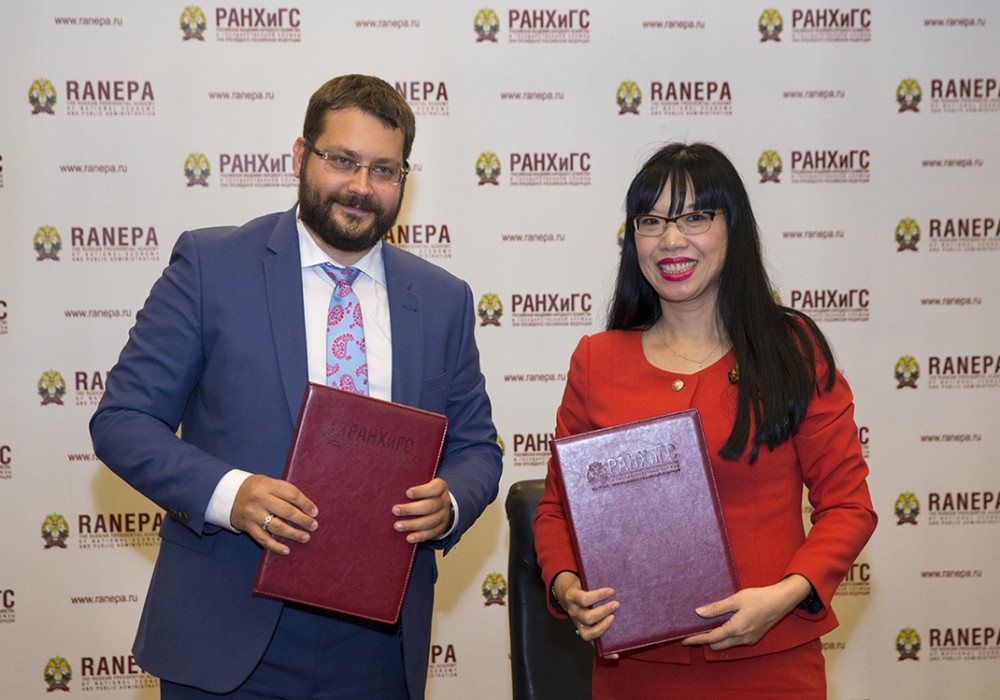 On October 4, the Presidential Academy of National Economy and Public Administration (RANEPA) signed a memorandum of cooperation with Hanoi Law University.

The document was signed at RANEPA in Moscow by Vice-Rector Ivan Fedotov and Vice-Rector of Hanoi Law University Dr. Vũ Thị Lan Anh. Dr. Fedotov said he was excited about the start of this new cooperation and hoped it would be carried out in full measure.

RANEPA's Institute of Law and National Security (ILNS) will represent the Academy in joint projects with the Vietnamese school. Deputy Dean of the ILNS Law Department Valery Smirnov visited Hanoi Law University last summer. “We visited a great campus and met wonderful professorial staff; we saw a great love for Russia there. Thinking ahead, I expect we will be implementing joint projects with students annually,” he said.

During their visit to Hanoi Law University, Mr. Smirnov and Head of RANEPA’s Department for International Affairs Natalya Demidova invited Vietnamese students to attend interviews to participate in RANEPA’s Summer Campus program. Two candidates passed and were selected to join this year’s Summer Campus. Another two Vietnamese students were admitted to the Bachelor of Law degree program at RANEPA. 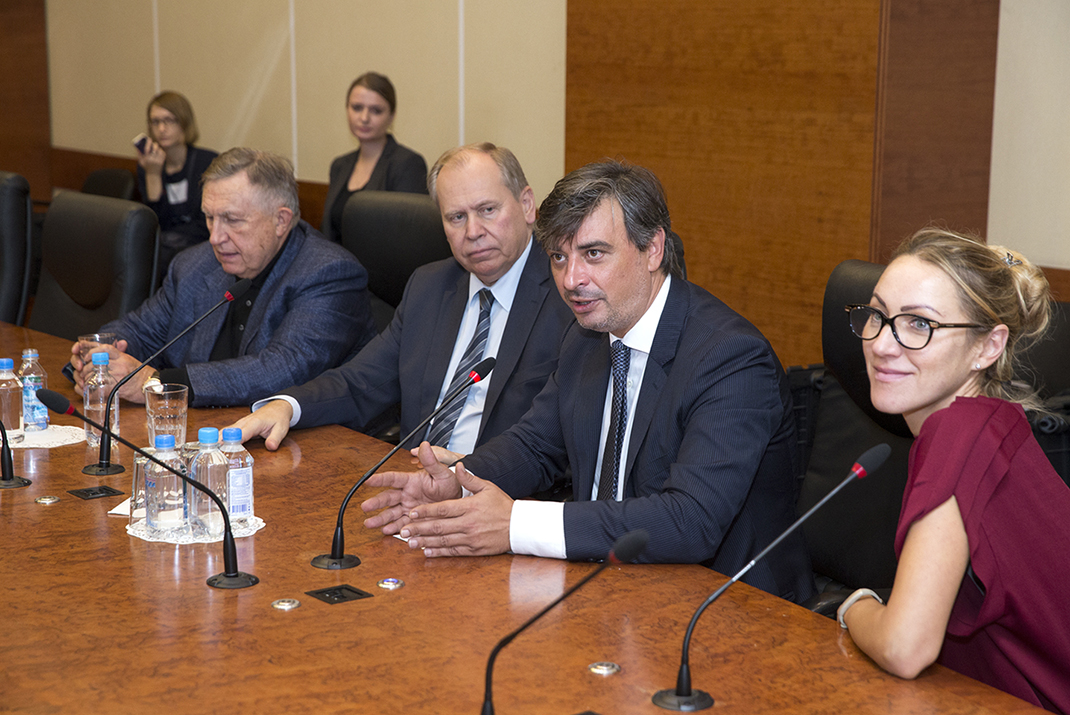 Dr. Vũ Thị Lan Anh expressed profound gratitude to the Presidential Academy for the invitation and the warm hospitality. After the official signing ceremony, she met with Director of RANEPA ILNS Stanislav Mogilevsky for a detailed discussion of the possible cooperation formats such as double degree programs, student exchange and student placement.

During the first year, the two universities plan cooperation between their Master’s Degree programs. The tuition language question remains open, but the negotiators suggest using English. First joint programs between the two schools will focus on International Law.

At the end of the meeting, Mr. Mogilevsky invited his Vietnamese colleagues to attend the 2017 Gaidar Forum, where ILNS and the Faculty of Economics plan to lead a panel on legal regulation of the economy.