HomeNewsNews RANEPA SRIM student won the competition “My Project for My Country!”

RANEPA SRIM student won the competition “My Project for My Country!” 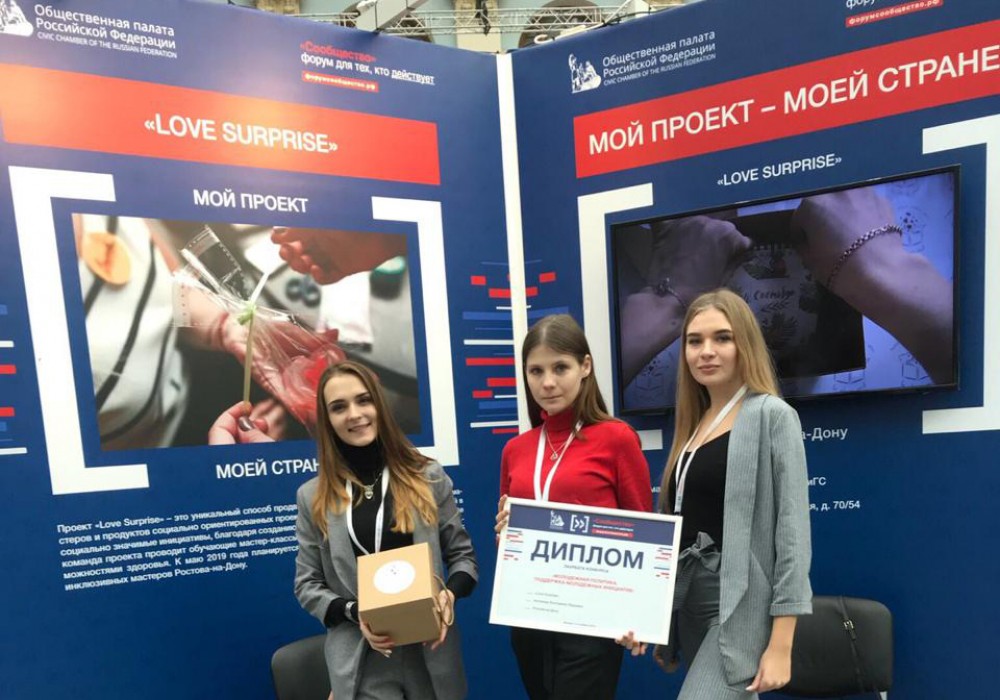 The final Forum of active citizens “Community” took place in Moscow. The first day of the Forum ended with awarding the winners of the contest of socially significant projects “My Project for My Country!”. Before the ceremony of awarding, the participants were welcomed by Russian President Vladimir Putin. He described his impressions from personal communication with nominees of the contest.

The competition was attended by hundreds of people, including leaders of non-profit organizations, heads of social projects, public activists, socially active citizens and socially responsible companies.

The long list included over 1,300 projects, of which 42 were selected as the best. The participants presented their works in 14 nominations, each having its own winner who received the Laureate diploma and the money prize of 200 thousand rubles.

The winner in the nomination “Youth Policy” was Ekaterina Antonova, a student of RANEPA South-Russian Institute of Management, a member of the project team “Capital of the South”. She presented at the contest her social project “Love Surprise”.

Love Surprise is a unique way to promote and implement inclusive items of craftsmen and products of socially oriented projects involving students and young people in socially important initiatives through the creation and sale of gift surprise boxes. The project team also conducts training workshops for children-orphans and people with disabilities.
According to the organizers, all projects have gone through a strict selection of the expert group, consisting of members of the Public Chamber of the Russian Federation and regional Public Chambers. The criteria for evaluating a project success included its efficiency during the period of implementation, social significance, innovation and scalability.

Awards Forums and conferences President of Russia
Share this