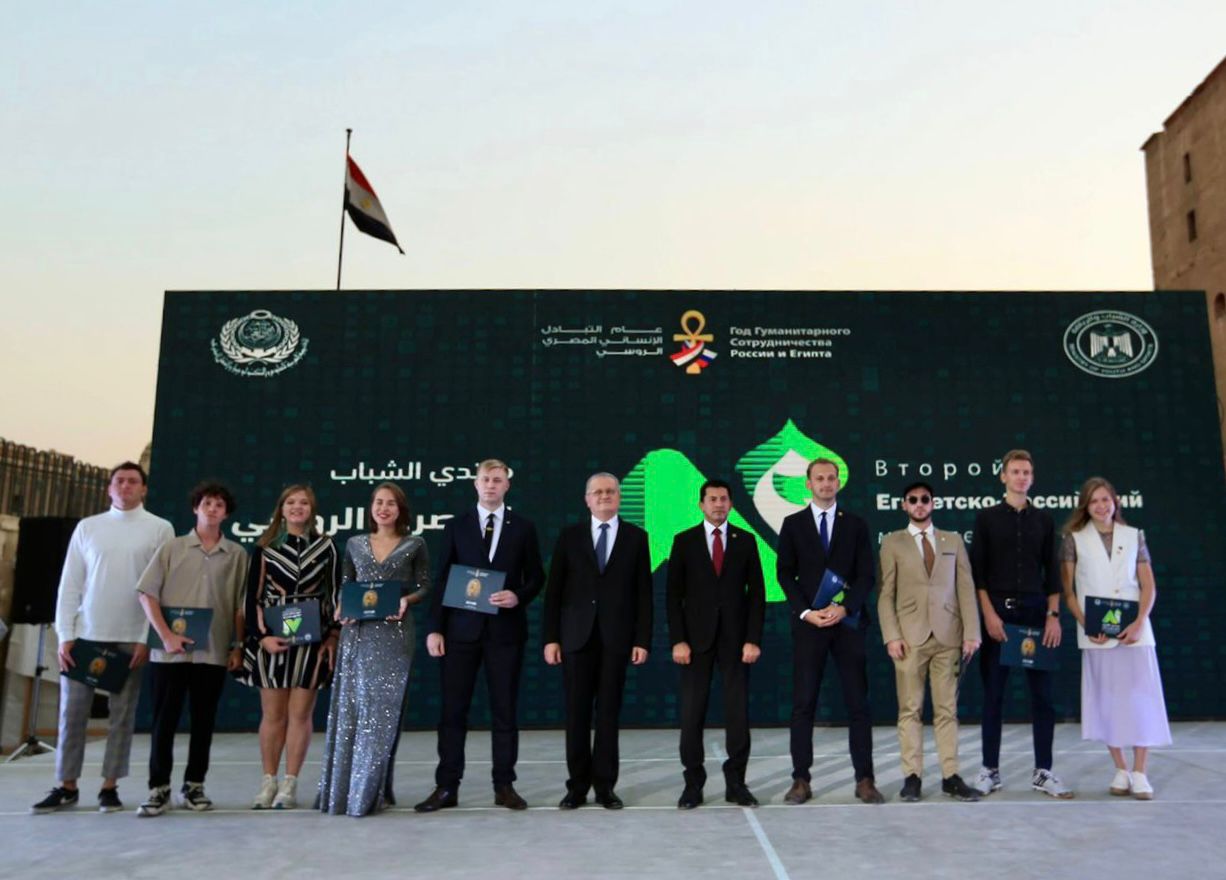 Egypt has hosted the second edition of the Russian-Egyptian Youth Forum, held in Cairo and New Alamein as part of the Year of Humanitarian Exchange between the two countries. The forum, aimed at expanding cooperation in innovation, technology and artificial intelligence, brought together young specialists including Nikita Shlyapin, a student at RANEPA Institute of Business Studies (IBS-Moscow).

“We had an extremely eventful program, which included a visit to Cairo’s high-tech business district, the Smart Village, and the Arab Organization for Industrialization headquarters. We were delighted to see all the major Egyptian landmarks such as the National Museum of Egyptian Civilization, the pyramids of Giza, the Cairo Tower and others,” Nikita Shlyapin said.

The opening ceremony of the Forum was attended by Egypt’s Minister of Youth and Sports Ashraf Sobhy and Deputy Head of the Russian Federal Agency for Youth Affairs Andrei Platonov. Russian Ambassador to Egypt Georgy Borisenko also addressed those present, highlighting the long experience of cooperation between Egypt and Russia and stressing the importance of direct contacts between people, especially young people from the two countries, for the strengthening of mutual understanding and trust.

The event also included presentation of youth projects in the field of innovation and artificial intelligence.

“I made a report where I spoke about my personal experience in the Russian innovation sector, and how I helped create a platform to assist Russian young people in implementing innovative projects,” Nikita Shlyapin shared.

All the events during the Second Russian-Egyptian Youth Forum were widely covered by the Egyptian media. The participants developed recommendations on the further promotion of youth scientific research cooperation between Egypt and Russia.