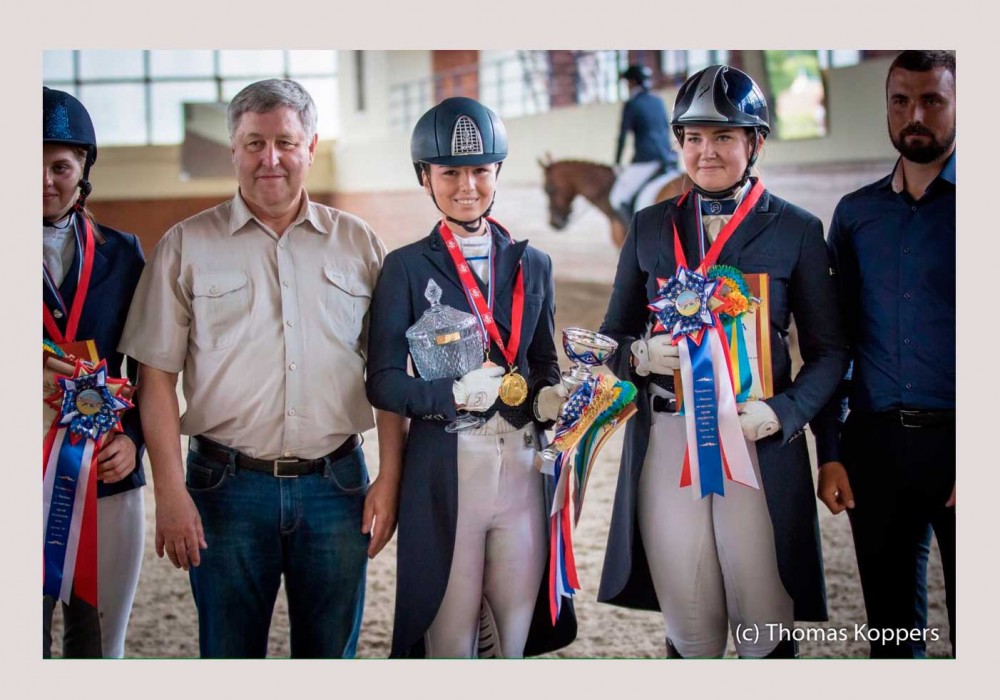 RANEPA Student Alexandra Donskaya was certified as Level 2 equestrian sport judge after passing an exam in English at the end of September. Now she can judge and assign titles to other athletes.

This is not the first achievement in Donskaya’s sporting career – she regularly wins high awards and has a great experience in equestrian sports. The athlete recently represented the Presidential Academy in equestrian competitions where she earned the title of absolute winner in the B age group. Students from MSU, MGIMO, HSE, RUDN and other universities from Moscow and other regions took part in the competition.

She has held the title of absolute champion of the city of Moscow for three years. In winter, she took part in international competitions, where she completed the standard for the Master of Sport title. In 2016, she also became the absolute champion at the nationwide dressage competition, the 2016 Russian Students Sport Union Cup.

“I am very pleased that Vladimir Silkin, the dean of the Journalism Department, always shows interest in my achievements, offers support and advice,” Alexandra Donskaya said. “I am happy to be part of such a friendly team of students, teachers and dean's staff. Without their support, I would not have done it.”

Alexandra Donskaya is a fourth-year student of the Journalism Department at the RANEPA Institute of Public Administration and Civil Service (IPACS). She has been doing equestrian sport for 17 years.