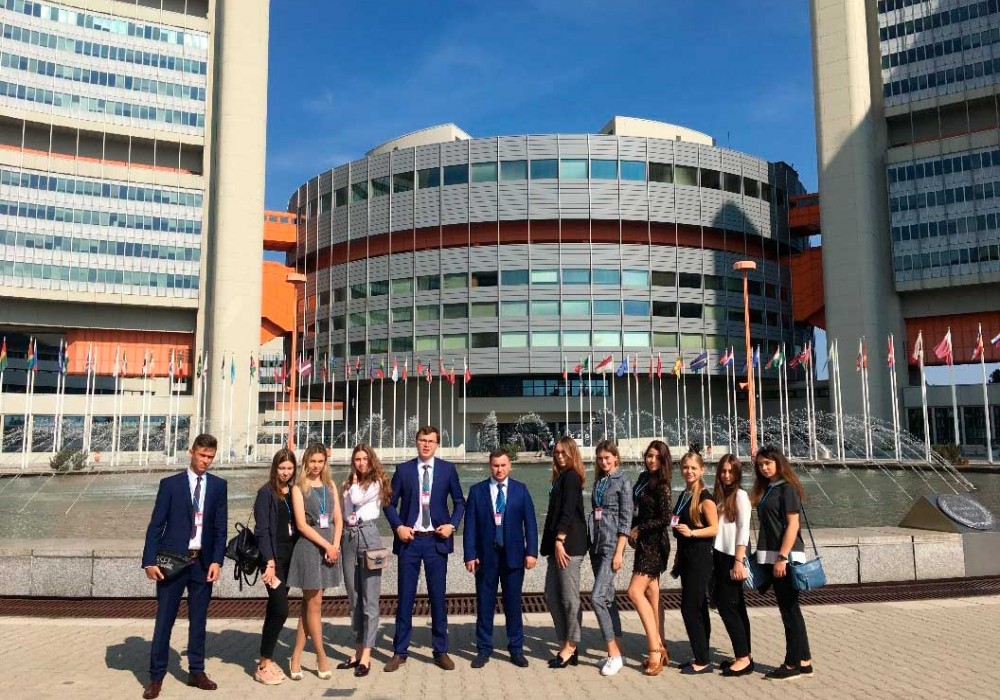 Students of RANEPA Institute of Business Studies (IBS) have successfully completed a training course in Austria (Vienna) as part of the Eurasian Club System (ECS) program.

The week-long visit agenda was packed – the sophomores of the International Relations Department of RANEPA IBS were to complete a diverse practical program.

The ECS helps provide international educational and scientific opportunities to students from Russia and the EAEU. The participants took a professional licensed case in English, Conflict analysis and links to interventions, from UNODC consultant (the UN Office on Drugs and Crime) and founder of RAUN (Regional Academy on the United Nations) Billy Batware. The classes were held at the United Nations Office in Vienna.

The RANEPA students were trained using methodological materials licensed at the UN and the University of Vienna. To successfully complete the case, the participants were asked to study special documents and reports in advance. That experience was followed by practical exercises, where the students used the new tools in research work to analyze the conflicts in Syria, Ukraine and Iraq. Then they split into mini-groups to present the final reports on their work. The working documents were drawn up based on the methodological base and the scientific approach. 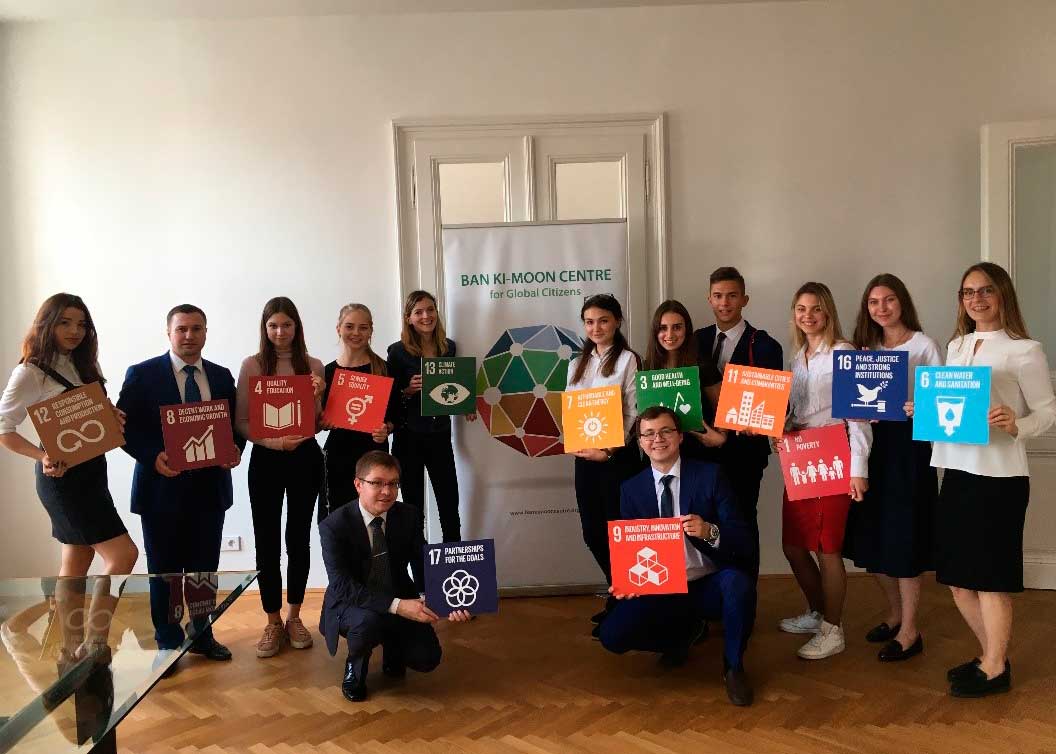 The program culminated in an official meeting with Director-General of the United Nations Office in Vienna UN Deputy Secretary-General Yury Fedotov. Speaking at a roundtable, he supported the work of the ECS delegation and stressed the importance of young people doing educational internships with the United Nations.

The final day of their program in Vienna was devoted to diplomatic practices. The students visited the Austrian Foreign Ministry where they studied the work of the diplomatic service and the principles of Austrian diplomacy. Particular attention was paid to EU-Austrian and Austrian-Russian relations. At the Russian Embassy, ​​diplomats told the students about bilateral relations and the history of the diplomatic mission. The Russian Embassy in Austria is housed in the late 19th century former Duke of Nassau palace. Several important international meetings have taken place at the embassy building: in June 1961, Khrushchev met with John F. Kennedy, and in June 1979, Leonid Brezhnev held talks with Jimmy Carter, which culminated in the signing of the SALT-II agreement dealing with limitations and guidelines for nuclear weapons. 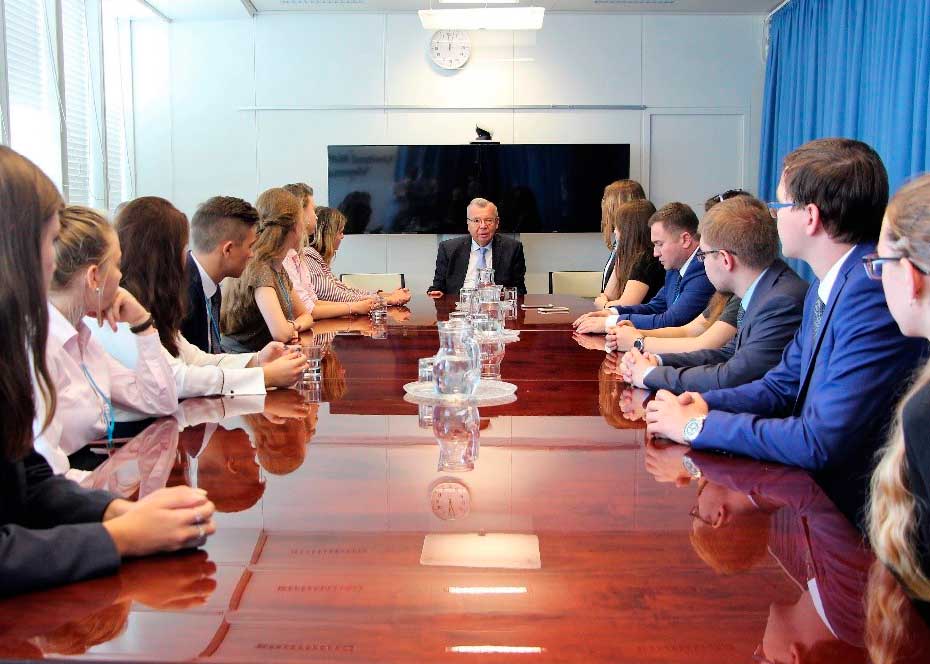 Part of diplomatic work in Vienna involves liaising with the diaspora – the responsibility of the Russian Center for Science and Culture. The RANEPA students had a chance to observe the work of the Institute of the Russian language at the Center. Historical memory in the modern world is constantly subjected to political distortion. Therefore, the visiting students paid tribute to the memory of the Soviet soldiers killed while liberating Vienna in 1945. The monument on Schwarzenbergplatz was opened the same year.

After that the students held a roundtable on Sustainable Development Goals at the Ban Ki-moon International Center, which was opened at when the new UN Secretary-General took over.

At the end of the program, the students received international standard certificates at the Permanent Mission of Russia to the OSCE from Deputy Permanent Representative Dmitry Balakin. During a panel discussion at the Permanent Mission, the participants learned about the current challenges for European security and Russia's role in this system. A report on the RANEPA delegation’s visit to Vienna was posted on the Russian Foreign Ministry’s official resources. 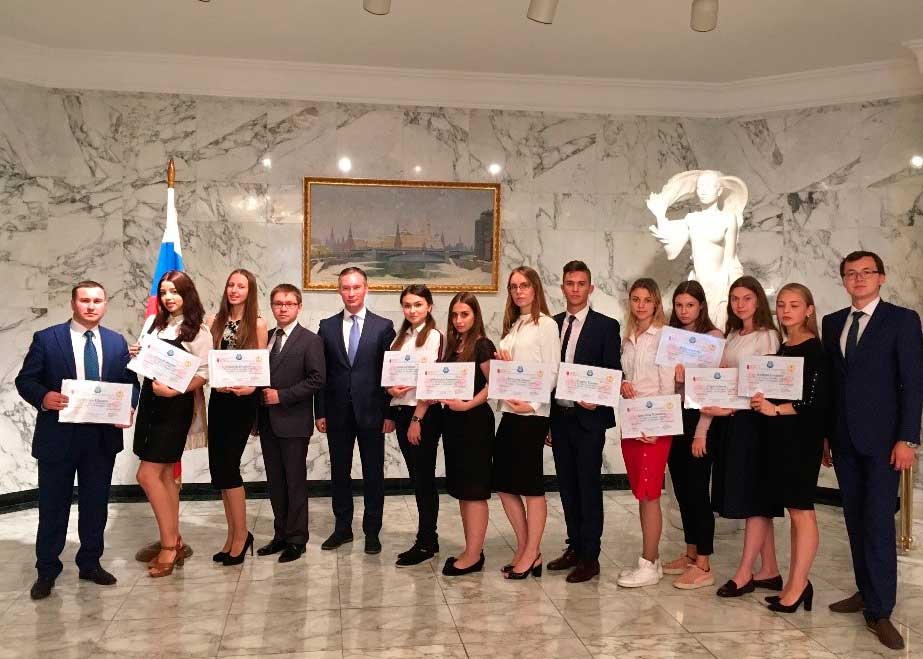