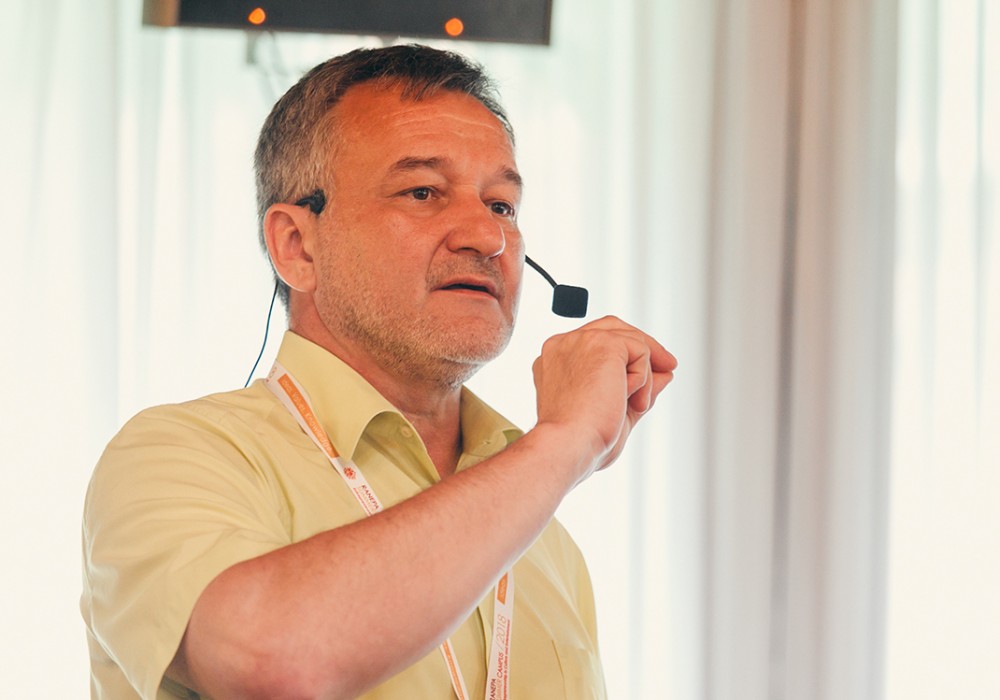 The Chief Editor and the founder of the radio station "The Book" (“Radio Kniga”) Egor Serov told the participants of the RANEPA Summer Campus about the radio, its features and experience of working with it.

At the beginning of his speech, the speaker told about the starting points of his career, and later moved on to the theoretical part. He noted that the features of the modern radio station are the background, time-based nature of the interaction, the correspondence of the rates of presentation and perception. Many requirements to the texts for broadcasting differ from printed articles. One of these criteria is repetition: in print it is considered being a tautology, but it is the norm on the radio. In addition, the speaker refers the following to the basic requirements to the radio: clarity, simplicity, logic, specificity and visibility. The radio is also characterized by short sentences, trivia and details, as well as the tone of the presenter and the volume of his voice.

Egor Serov told a lot about the radio station “The Book” (“Kniga”), as well as about the radio "Zvezda", "Children's radio", "Culture" and "Brigantina". According to him, listeners intuitively trust lower voices more, and the average length of the song is about three and a half minutes, so that attention is not dissipated.

In his speech, Egor Serov mentioned the information that does not refer to the radio, but broadens the horizon and can be useful to the participants of the RANEPA Summer Campus in the future. For example, he told about forgotten writers of the XIX century, and the importance of reading, dispelled some fake facts and news.

RANEPA Summer Campus participant Alsu Mingazova shared her impressions: "I've always loved radio. Usually I listen to music channels while jogging, though I used to like the conversational format before. The speech of the lecturer interested me, I felt the urge to listen to all those radio stations he mentioned."