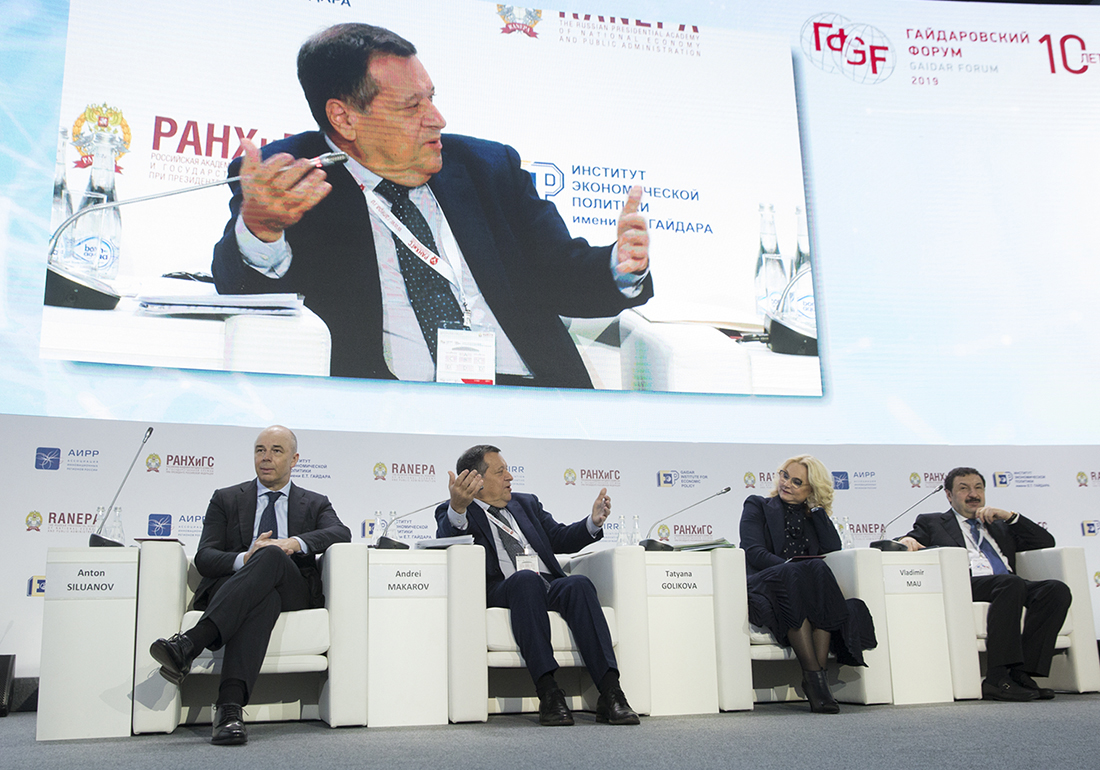 On January 15, the first day of the Tenth Gaidar Forum, a panel discussion titled “National Goals and Social Challenges: Regional Aspect” was held within the walls of the RANEPA.

The experts discussed the competitiveness of Russia and the ways to fulfill the presidential instructions, namely, the national projects developed pursuant to the new May Decree of the President of the Russian Federation on the national goals and strategic objectives of the development of the Russian Federation until 2024. The moderator posed the questions: what will be the level of tasks and whether the regions are ready for their implementation today, and most importantly, will people feel the changes in 2019?

The participants expressed their expert opinions on the state of the economy and finances of the regions, as well as their capabilities for solving the tasks set by the President. Andrey Makarov noted: “More than 60% of the national tasks are in the competence of the regions of our country.”

Anton Siluanov joined the discussion and expressed his position: "Everyone should know and understand the area of responsibility of everyone." Only then can the state cope with national goals. Any tasks for regions need to be clearly defined. Anton Siluanov also noted that, unfortunately, there are not always enough specialists in the country to competently solve the assigned tasks.

Andrey Makarov showed the audience a graphic representation of the revenues of the consolidated budgets of the constituent entities of the Russian Federation, where it can be seen that the share of intergovernmental transfers from the federal budget to revenues began to increase over the past year. The dynamics of revenues, expenditures and public debt of the constituent entities of the Russian Federation were also demonstrated, where a high level of the latter was shown. Revenues and expenses are distributed evenly. Anton Siluanov identified the main reason for the increase in debt: wage growth in the public sector.

Tatyana Golikova noted the high level of development of the education and healthcare fields in our country. She also rated the state of the country's budget for 2018 as satisfactory. Tatyana Golikova commented on the topic raised by Andrey Makarov: “National goals and priorities are to be implemented by our colleagues from the regions. And how well the priorities will be set depends on the distribution of financial resources by the regions.”

In the conclusion, Andrey Makarov noted the significance of the trustful dialogue between the government and the population and suggested starting the discussion a year later with the question: did the people believe the state and did they manage to achieve the changes that people expect?