HomeNewsNews Representatives of the regions discussed the technological development acceleration

Representatives of the regions discussed the technological development acceleration 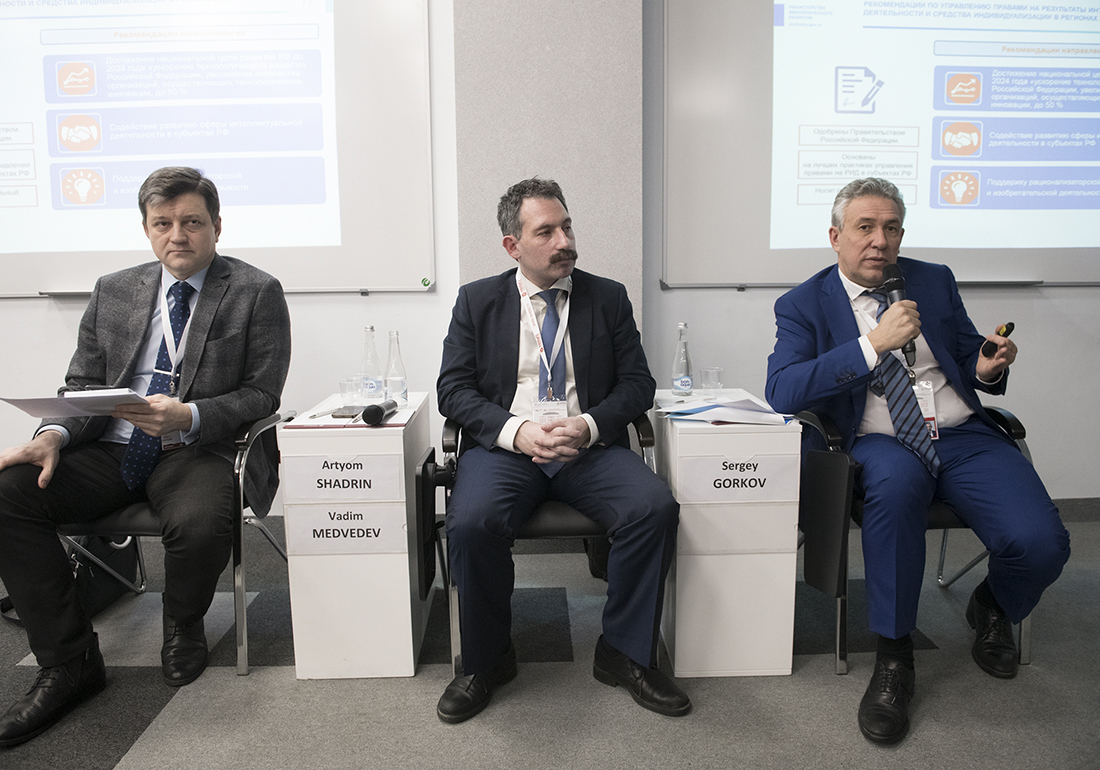 On January 16, an expert discussion titled “Accelerating Technological Development: A New Agenda for Regions” was held at the Gaidar Forum. The discussion was moderated by Artem Shadrin, Director of Strategic Development and Innovations, Ministry of Economic Development of the Russian Federation.

“Regions should be leaders,” Sergey Gorkov, Deputy Minister of Economic Development of the Russian Federation, opened the discussion. He noted that national and departmental projects aimed at the technological process acceleration are already being implemented in the Russian Federation. He especially noted the following projects: “Development of innovative clusters – leaders of world-class investment attractiveness”, “Support for domestic high-tech leading companies”, and the national project “Science”.

Sergey Gorkov spoke about the achievements of project participants. In a year, the participating organizations improved the employees’ performance, increased the amount of investment from extrabudgetary sources and the number of foreign patents. In aggregate indicators, Tomsk and Ulyanovsk Regions stood out in particular. A set of measures to develop intercluster cooperation has also been prepared. The companies that promote the introduction of domestic innovations increased revenue and exports. Sergey Gorkov pointed out that it is important to stimulate demand for innovative products, and said that special attention would be paid to the development of intellectual property. One of the tasks for 2019 was the opening of at least three innovative science and technology centers. At the end of his speech, he concluded: "Working with the regions is a special area of our activity."

Vadim Medvedev, director of the department of special programs, development of state scientific centers and science cities of the Ministry of Science and Higher Education of the Russian Federation, listed the main innovation regions. They are: St. Petersburg, Tatarstan, Moscow, and Tomsk Region. Vadim Medvedev believes that in every leading region there must be a combination of three factors: industry, science, and education. “The main resource that needs to be increased is human,” said Vadim Medvedev. “It is necessary to build a chain so that there are no dead zones. It is necessary to form a cycle from a scientific idea to its realization. We will support only those people and regions that are taking the initiative.”

Vyacheslav Fedorishchev, First Deputy Governor of the Tula Region, proposed to engage not only the Ministry of Economic Development but also the Ministry of Industry and Trade in this agenda.

Marina Alekseeva, Deputy Chairman of the Government of the Ulyanovsk Region, shared her understanding of the situation: “We have neither oil nor gas, therefore we must work with our brains”. Clusters formation can help accelerate technological innovation-driven development. She also told that a whole complex of wind farms is to be commissioned in the territory of the Ulyanovsk Region, noting that the first industrial wind farm in Russia began work in this particular region.

“The National Technology Initiative (NTI) must become truly national,” said Alexey Gusev, director for the development of the innovation system of RVC. He said that regional NTI standards were developed not as a template, but as guidelines for regional authorities and active entrepreneurs.

The Agency for Technological Development presented a map of technological competencies – a tool for assessing the industrial potential of the region.

Alexander Sedov, Minister of Industry, Science and New Technologies of the Republic of Mordovia, stressed that there should be no lag in technology in the market, and that domestic producers have to immediately respond to the launch of new products in the market.

Alexey Parabuchev, General Director of the Moscow Innovation Agency, spoke about the Open Inquiries program, which allows selecting and using innovative technologies for actual urban problems solving. Both Russian and foreign companies can actively participate in this program. The speaker expressed great interest in relation to innovative developments in the agricultural sector.

Participants wished each other to meet again at the Gaidar Forum a year later and share new achievements.