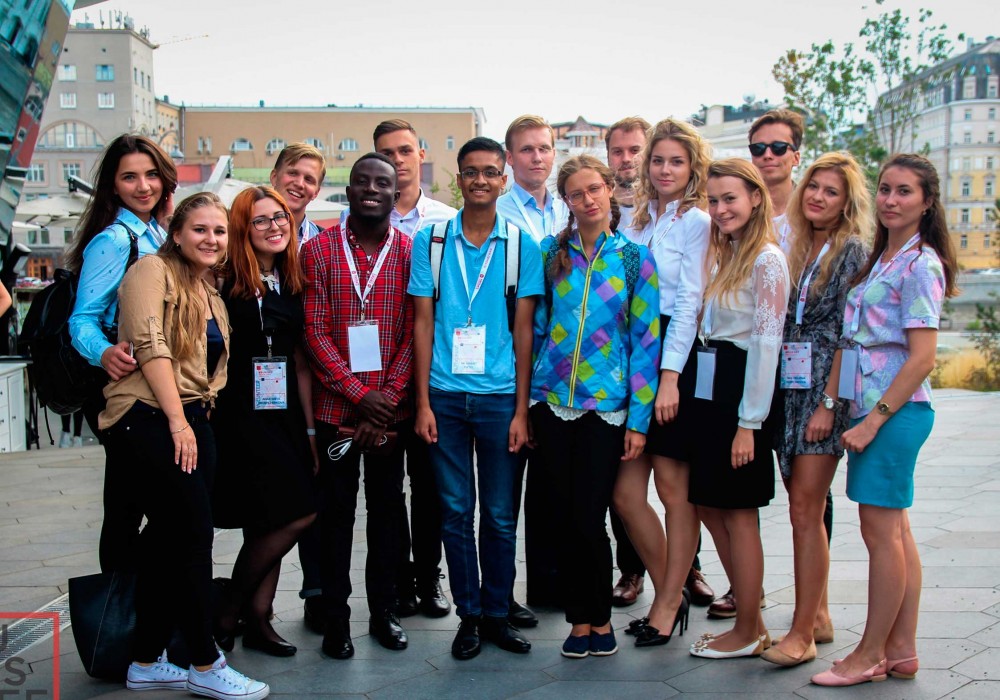 The Russian-British student forum, Technology Trends and the Modern Economy, took place at RANEPA Solnechny conference and recreation center on August 29 through September 4.

On the day of their arrival, the 85 participants explored the Solnechny grounds and completed a quest by fulfilling assignments. After that, the students took part in team-building games, which helped them get closer and get to know their curators and team members better.

On the second day of the forum, the participants went to the Moscow City international business center, where they visited the museum on the 56th floor in the Imperia Tower. After that, the students went on a three-hour boat trip along the Moskva River, enjoying music and the sights of Moscow. The second day program ended with a reception at the British Embassy on Sofiyskaya Embankment, where the participants were welcomed by diplomat Ian Proud, the main organizer of the Forum from the British side.

The third day speakers included Deputy Dean of the Institute of Economics, Mathematics and Information Technologies (EMIT) of the Russian Presidential Academy of National Economy and Public Administration (RANEPA) Dmitry Maryasis; Assistant Professor of the Department of Microeconomics of RANEPA EMIT Nadezhda Shilova; and Ian Proud. The experts greeted the students and gave them some tips for their further work.

First Vice President of BP Pete Jackson shared his experience in working with BP as well as some valuable advice on timing and working with students. Head of BCG Gamma Moscow Leonid Zhukov explained the fourth industrial revolution and expressed his opinion on how artificial intelligence will change the economy and the labor market, and what skills will be in demand in the future. The speaker also touched upon the subject of machine learning.

Chairman of HSBC Bank Russia Management Committee Malachy McAllister told the audience about the trends in the life of corporate banks. Chief economist of Alfa-Bank Natalia Orlova presented her view on the macroeconomic situation in Russia. Dmitry Skvortsov, lecturer at the Intellectual Environments educational project, led a seminar on critical thinking techniques. Karlen Gulyan, Senior Investment Manager at the A&NN Fund and Rambler Group, delivered a lecture on digital trends in entertainment and the growing popularity of internet services.

During the forum, the students developed projects relating to the modern economy based on technology trends, which they defended on the final day. They also had a chance to participate in the intellectual quiz, where they were asked questions on logic, knowledge of interesting facts and even musical facts. The forum featured a talent show, where the participants showed their skills in dancing, singing and reciting poetry.

The Russia-UK Student Economic Forum is a unique international educational project for young people, a joint initiative of RANEPA Institute of Economics, Mathematics and Information Technologies (EMIT) and the Adam Smith Business School at the University of Glasgow (UK).