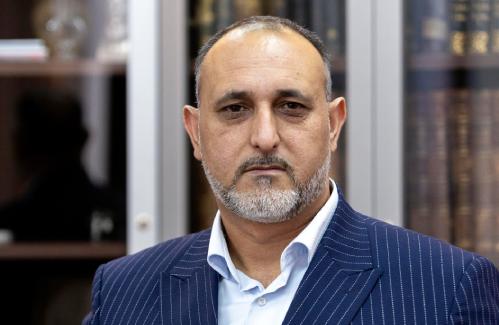 Mirwais Weyal was born in Afghanistan. Like his father, he obtained his university degree in Moscow. He has lived for two decades in Russia doing business and charity and he considers it his duty to promote Russian higher education among young people in Afghanistan and Afghans living in Russia.

A university degree from Russia has long been considered prestigious in Afghan society. “The vast majority of educated people in Afghanistan have degrees from the USSR, or are going to schools in Russia now. About 1,500 students from Afghanistan study at Russian universities, and hundreds of thousands more young people would like to join Russian programs. These young people, who are tired of endless wars and are ready to learn how to build a civilized world, are the future of Afghanistan,” Mirwais Weyal says.

He believes Afghanistan primarily needs specialists for the national economy and agriculture, urban development and road construction, medicine, IT and management. “We have a critical shortage of competent managerial personnel. Cooperation with the Presidential Academy in training qualified specialists to manage government agencies and businesses can pave the way for a long-term and mutually beneficial partnership for both Afghanistan and RANEPA,” he says.

Mirwais Weyal believes RANEPA programs that are relevant for Afghanistan and, accordingly, for the country’s youth, should be promoted in a comprehensive way. Firstly, there is the rohi.af website he created several years ago. It is visited daily by 70,000 to 150,000 users from all over the world, of which 19 percent are from Russia. Social media are another major source of information people use. And finally, personal communication with young people is perhaps the most important channel. Mirwais Weyal has brought together Afghans living in Russia in an association that promotes Russian-Afghan cooperation, helps compatriots expand cultural ties and trade between the two countries, supports the Afghan business community and actively participates in the Russian society.

“With a balanced approach, in 15 to 20 years, the vast majority of managers, engineers, doctors and other specialists in Afghanistan could have Russian degrees,” Mirwais Weyal notes reaffirming that he is ready to advance the recruitment of Afghan students to the Presidential Academy. “I will tell our schoolchildren that they need to insist on obtaining a university degree and defend this right. I hope today's parents understand its importance, and business and the state will support international higher education programs in Russia,” he continues.

Larisa Taradina, RANEPA Director for Development of International Education and Cooperation: “We have confidence in the highest quality of education provided by the Academy and we will be delighted to see more specialists with RANEPA diplomas in the world. We are using soft power – international higher education – to foster a positive view of Russia among international students and to roll out professionals who will work to augment their countries’ wealth and prosperity. The Academy is interested in attracting Afghan students and is ready to admit them. We want our students to build good connections with the future elite in Afghanistan. And the strongest and most reliable connections are made between alumni during their years at the university.”