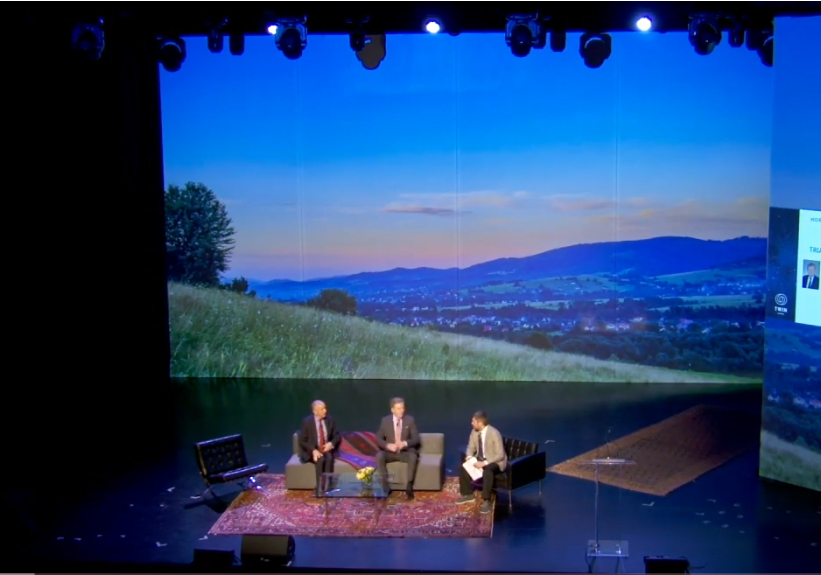 Professor of the RANEPA, founder and the President of Preparing Global Leaders Foundation Sam Potolicchio took part as interlocutor during Trialogue with Esko Aho and Grzegorz Kolodko at the Museum of Contemporary Art in Chicago at TWIN Global 2018.

The EU and US relationship represents one of the world’s pivotal alliances. Meanwhile, geopolitical challenges from national politics to the Russian Federation’s renewed active engagement in global affairs require adjustment and evolution. Prime Minister of Finland (1991-1995) Esko Aho and Deputy Prime Minister and Finance Minister (1994–1997, 2002–2003) of Poland Grzegorz Kołodko have played pivotal roles for years in the midst of shifting European horizons.

The World Innovation Network (TWIN) is an invitation-only community of innovation and growth leaders from across sectors and geographies. In addition to other activities, TWIN convenes annually for our summit in Chicago from 25 countries and all sectors: business, government, non-profit, the arts, academia, defense. TWIN group includes leaders at the most senior levels of their organizations, as well as select individuals making differentiated impact around the world.